And He's Off....Matt Smith to Bow out as the Doctor in Christmas Special!

After four years as the Time Lord on the BBC One show, viewers will see Smith's Doctor regenerate in the 2013 Christmas special.

A very sad day, well not as sad as when David Tennant announced his departure, but sad nonetheless.

Personally I think he made a good Doctor, his persona grew over time, although one of the more wacky incarnations in my opinion.

The BBC said Smith's "spectacular exit" was yet to be revealed and would be "kept tightly under wraps".

So before one door closes revealing another as yet unknown open, time for a little speculation as to the impending demise of the Doctor....Well alright impending regeneration.

I shall kick it off....it will be the dalek, in the 1600s, with the sink plunger attatchment they are so fond of.

What do you mean my prediction sucks?!

Ok, think you can come up with something more plausible?

Be my guest, would love to hear what other scenario's fellow members can come up with, I'm sure they will be fantastic.

Or just add your thoughts to how the 11th Doctor faired for you.

Oh, lets not forget to speculate as to who the next who will be

Personally, I would like to see Cumberbatch with the keys to the TARDIS, especailly after seeing him in Star Trek.

Source of the Sadness
edit on 1-6-2013 by solargeddon because: Typo


I think Jude Law would make a good Doctor. He looks intelligent enough, and has the hero look that Matt Smith doesn't have. Though I still enjoyed Matt, he was pure geek.


Thanks, but I'm sure the next Doctor has already been chosen.

I also was not a huge fan of last season. Just left me a lil disappointed. I know I can't blame Matt for it.


Thanks! He was great in "Horatio Hornblower" which was some of the best TV I have ever seen! Damn those were good!

He'd play the Doctor in a good way.

Originally posted by jiggerj
I think Jude Law would make a good Doctor.

Originally posted by Mr Mask
I also was not a huge fan of last season. Just left me a lil disappointed.


Me too. The 'who is clara' thing was drawn out. And the doctor telling River that she's dead and gone isn't correct. Sure, she's dead but it's the future River that comes back and dies ... so River in the real time stream is very much alive and they still have lots to do ... at least that's what River said as she was getting ready to die in the Library.

Miss Rory and Amy and River.

Hope the Doctor doesn't regenerate into a woman. Please god ... NO.


Originally posted by jiggerj
I think Jude Law would make a good Doctor.


Isn't this the last regeneration? If so, why NOT try breaking the mold? I'm thinking of Kate Mulroney of Star Trek. Admittedly it took a few episodes to warm up to her, but she did it. I'm not saying she should be the Doctor, but I think the right woman could do it.

The 'who is clara' thing was drawn out.

And Clara was just too sweet. I like a female actress with a modicum of macho.
edit on 6/2/2013 by jiggerj because: (no reason given)

That said, I wonder how the boys would react to that (the little ones, not the big ones), as having the doctor as a male role model is probably more inspiring.

Not sure who I could pick for a female regeneration, but I would trust them to find a strong character, someone who can embody the doctor in male form personality wise, but womanly.

Just got to hope they wouldn't opt for a pink TARDIS!

Jigger, you're right a timelord is only supposed to have 12 or 13 regenerations, but I think since the reboot, they have cheekily sidestepped this and have not applied a number to just how many times it can happen.
edit on 2-6-2013 by solargeddon because: (no reason given)

He brought alot to the show.

Hats off to Matt Smith,great job~!~


And as for a new doctor,I'd perfer a up an coming actor.
Not an established star.
All to often it then becomes watching and seeing just the actor,playing the doctor(if that makes any sense).

And so it continues...

For me, Matt has been the best Doctor of all (and I'm from the Tom Baker era) It's way too soon....

What's happening to the world? This is wrong!! lol Best Doctor ever!!

As for who will take over, I think it will or hope it will be another unknown like Matt.


Did we read the yahoo article by any chance?

To be honest I don't know much about him, so can't really comment, I don't think I have seen any of the stuff he has done.

There is a part of me holding out for a regression, a born again Tennant (I know, I can only dream)


Not sure, was mentioned in a couple of articles, but seeing his pic is what did it for me. He just has the "look" that screams Dr. Who, to me. I'm only a casual fan of the show, but mostly during Tennant's time in the Tardis. 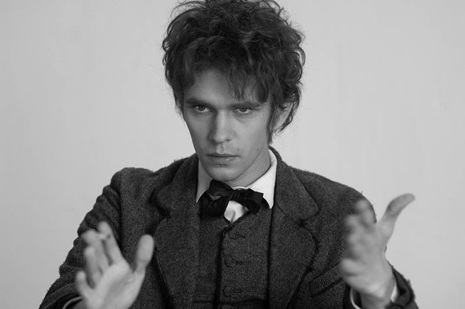 
Certainly has the look of the doctor, I guess time will tell.

With every incarnation, I always think to myself "It'll never work!" Thankfully up to this point I have been proven wrong, I hope that continues.

Originally posted by Gazrok
My guess is Ben Whishaw for the next one.

This guy was incredible in Cloud Atlas, and I reckon he's make an excellent Doctor if they are heading in a kind of mildly dark direction.

If they go for comedic value I'd vote Gerard Butler to play a sleazy, womanising Doctor. But I'd rather have dark.