everyone else posting on it is in Portuguese, and I don't know why no one else is saying anything about the kid in the background.

edit on 27-5-2013 by intrepid because: Censor circumvention removed.

posted on May, 27 2013 @ 07:52 PM
link
The kid just looks like his photobombing by rolling his eyes in the back of his head or am I missing something?

I think it may be his eyelids, or maybe he thought he was funny rolling his eyes back for the photo bomb. 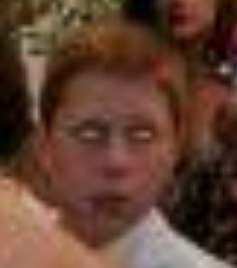 Ok, after close inspection, I can see lizard tongue hangin' from his mouth, and eyes WTH?
edit on 27-5-2013 by zilebeliveunknown because: (no reason given)

posted on May, 27 2013 @ 07:58 PM
link
The Orange shoes just have to go. That's too bad a fashion crime to be photoshop'ed IN. (gasp of horror) No self respecting graphi...... Errr, Oh, you probably meant zombie eyes. Yeah, wrong split second in the blink cycle. Either that or check reports for strange killings that night and there's your guy!
edit on 27-5-2013 by Wrabbit2000 because: (no reason given)


In my expert opinion, I would say those are orange Crocs....and no clue on what his eyes are doing. 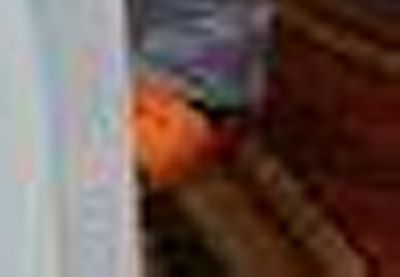 
We have solved the case my friend!

The crocs have possesed his body and forces him to invade other people's family functions.....sabotaging their photos with "zombie stare".

posted on May, 27 2013 @ 08:34 PM
link
Well, remember...I'm a very cultured bunny. To me, van Gogh's work looks like the proof that rulers and lockable guides in art was badly needed, long ago. Poor guy couldn't hold a straight line, is what it was.

So, it shouldn't shock anyone that I say a shoe is just a shoe and Orange shoes make me think he lost his real ones and had to stop by the pool shop on the way in.

(Hops off before the Fashion police arrest me)

But the overall face shading is constant. The color spectrum is uniform...minus the attire choices. The overall crappy resolution is a constant throughout the photo.

My best wishes to the happy couple.

Not a Photoshop IMO... Which is high on the amateur scale. Very creepy none the less...the kid should capitalize this while he still can.

Originally posted by canuckster
This is a link to the original image from a friend of Carlson gracie Jr's facebook at a wedding.

It would help if you said why you are asking. I don't see any evidence it's shopped, but with a really good photoshop you wouldn't be able to tell.


So bunny in what situation does one loose ones shoes when out for the day? Perhaps at the beach somone could walk off with your nikes while you take a dip but where else could one loose ones shoes? If I was in this situation I would pretend that I took my shoes off so that I could dance at the wedding. Not on my worse day would I put on those orange shoes. Unless I was being forced to walk over hot coals and even then I would consider running first.


You're right. Its pretty obvious he blinked. probably when the flash went off.

this kid either has super eye rolling ability, or hes a lizard, not sure which.


Or he just blinked.

Which explanation do you think is most likely?

Photoshop is really an ill founded verb. 'To photoshop' something doesn't really rule out other possible applications. The resampling could have a number of causes and applications. Ideally to find out you would go and get the 'original' image. (The one that the camera compressed onto a flash card or such like)

Edit: Oh and the compression around the shoes and in between the couple doesn't appear to be all that stable. I'm going to go with what is image editing? thanks, Dennis. For my next category I will take, shoes, why would anyone edit them? for $200. 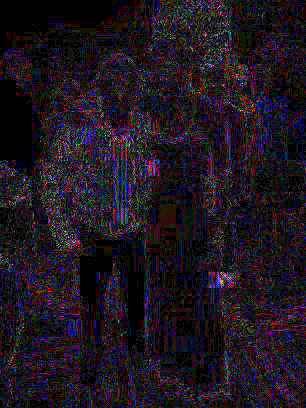 Without a history of the image and source I'd suggest being reluctant about putting too much effort into this.
edit on 29-5-2013 by Pinke because: Edit

Looks like the lighting. This was my daughter last weekend. Someone took it with their phone

BTW- I copied it off her FB and did crop the bottom of the photo off. I think her shorts were too short and didn't want any of you freaks looking. Nothing else was done to the photo. My eyes do the same thing in similar lighting and flashes.
edit on 29-5-2013 by Bachrk because: because I'm a lady and can change my mind if I want ....

Or you could just use the Mk1 eyeball and say it looks like he is blinking.

Depends on one's agenda, I suppose.