The Obama administration has warned British officials that if the UK leaves Europe it will exclude itself from a US-EU trade and investment partnership potentially worth hundreds of billions of pounds a year, and that it was very unlikely that Washington would make a separate deal with Britain.

The warning comes in the wake of David Cameron's visit to Washington, which was primarily intended as a joint promotion of the Transatlantic Trade and Investment Partnership (TTIP) with Barack Obama, which the prime minister said could bring £10bn a year to the UK alone, but which was overshadowed by a cabinet rebellion back in London.

It's a bad thing to consider as the US is anything but in a position of strength itself, at the moment. It may be we who need help in the foreseeable future. If we have burned traditional 'Brother' nations, and Allies among Allies for profit and political advantage.....who will stand and give aid to us if the time ever does come to ask?

US officials say that the White House is particularly perplexed because Britain played a key role in persuading Obama to stake significant political capital on the ambitious transatlantic partnership. If it is successful it could be the biggest trade and investment deal in history, encompassing half the world's GDP and a third of its trade.

Maybe I'm just getting cynical about politics all around, but is this looking out for the best interests of Britain, The United States or Obama's personal agenda and legacy building? It's not often I'd have ever have thought about these things as separate let alone conflicting. I'm not sure on this one. It's an odd thing to see happen?

posted on May, 27 2013 @ 12:37 PM
link
Good FIND, Wrabbit. Bump 1.
Your question's well taken... being the agreement is part of the Trilateral
consolidation. The only reason I can see for Obamaville throwing sand in
the compressor might be he's just following orders.
The quiet war over who gets the biggest pile of funny money before the collapse...


It reads like the US has allot to lose if Britain leaves the Union.

I guess I am curious as to what Motivates the US to make such a statement. I think there is more to it than what is being said in the article. As far as the Investing goes.. .. Is that something the US does on a regular basis?
If so where do the Dividends go and what about the gains?

posted on May, 27 2013 @ 12:56 PM
link
Perhaps Britain is a sort of quasi-proxy for the US in the EU. Not being in Europe, maybe US sees Britain as the best bet to gain influence within the EU and EU policy making.

Perhaps Britain is a sort of quasi-proxy for the US in the EU. Not being in Europe, maybe US sees Britain as the best bet to gain influence within the EU and EU policy making.


i like how you put it
england links the new world with the old world.
..i see the US a bit like a child getting married and seeking its parents blessing..

..what do you think 'the marriage' is?

posted on May, 27 2013 @ 01:32 PM
link
Here it comes, pro-EU scaremongering; if we are to finally have a referendum then my guess is that well be met with this type economic hand forcing until the public opinion buckles.

The top tiers of the three main UK political parties, and the higher echelons of the civil service and the US state department all want Britain in the EU. All part of the long march to European statehood. The UK population doesn't agree.

For a while the standard policy of none of the available parties offering a contrary choice on the issue worked rather well. People will argue about the differences you put on show and be happy they made a choice. You just don't talk about the choices they aren't getting and they wont raise a stink.

Unfortunately, the rise of UKIP wasn't in the carefully prepared script. There is a danger that one of the mainstream parties might get dragged by its grass roots into giving the public a choice.

This is the american side of the status quo putting on a 'boogeyman show' to help the UK side and scare the commoners back into line.

It wont work. Brits are a contrary bunch and quite capable of making up our own minds and following our own path. If anything this is gold dust to the euroskeptic cause.


Britain gets a warning to stay in EU by US?

The US government, which on this subject is, by definition, the Obama administration, has been putting the squeeze on the UK for months now over their talk of leaving the EU in one degree or the next.

Actually, I am more than a little ashamed that my government would have the bald-faced audacity to try and tell our closest ally on the planet how to conduct their affairs.


TPTB can't have a bunch of rogue currencies out there when their goal is to bring the whole monetary system down to enable a one world currency and gov't.

The north american union plan isn't going well, and you can bet they're very upset about the BRIC's nations circumventing the world bank with their plans.

Maybe there is some hope for the world?

I really COULDN'T care less!! (that is how the saying goes by the way...had to get that off my chest. Not directed to anyone in this thread, just, in general).

Brits are stubborn and if Obama says don't, we will no doubt say....right then, lets go!

posted on May, 27 2013 @ 02:04 PM
link
Scare mongering, as with Germany, the USA know how important we are for European trade. Take us out of Europe and it is no more, the USA would HAVE TO renegotiate every trade deal whilst the EU crumbles.

In the long run, it's easier to berate and isolate us, then wait for the inevitable. 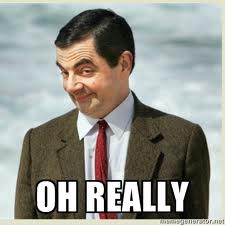 There is a small phrase oft used in my youth in the UK.

"Get stuffed" I believe it is. Yes. That is what Britain should respond to the US with.

posted on May, 27 2013 @ 02:12 PM
link
If a referendum on EU membership is held then the UK will be leaving the EU, simple as that. The majority of the population are sick and tired of being dictated too by the EU regarding new laws and how we should live our lives.

The US is just sabre rattling, surely they realise the only thing our politicians can do to appease them is to withhold the EU referendum, but that will rile the population even more, tough one for dave.

posted on May, 27 2013 @ 03:41 PM
link
The coming one world government means everybody has to play ball. Can't tolerate one nation trying to go it alone, and pull out of any already formed partial unions.

posted on May, 27 2013 @ 04:56 PM
link
Thankfully both obama and the officials he has warned in britain will be gone soon.
And the british people will hopefully finally have their say in an in/out referendum.

Originally posted by SQUEALER
The coming one world government means everybody has to play ball. Can't tolerate one nation trying to go it alone, and pull out of any already formed partial unions.

Indeed, such a thing is not to be tolerated. If a country would do that I'm sure the US would bring it some freedom and democracy.

posted on May, 27 2013 @ 05:41 PM
link
What I see here is a golden opportunity which happens once in a humanity's life time.
Peeps of the UK, now you have the chance to say NO to globalist' elite from the US Government.
By saying NO to EU, you can help initiate the irreversible process of stoping the globalisation of the world.
It would be a massive slap in the face to the rich greed people who wants to rule the world.
Someone needs to be the first who can start this, let that be YOU!


We need a referendum first ! And it is becoming clear that in order to gain this we must
vote outside the 3 main parties and elect a bunch of far right ex bankers (ukip).
We regain our democracy but at what cost ?

It is a tricky situation and could very easily be just an illusion of choice
edit on 27-5-2013 by LordDerpingtonSmythe because: derp

posted on May, 27 2013 @ 06:04 PM
link
Considering the EU is Britains single largest trading partner, leaving it, would complicate things pretty significantly. I imagine if that were to happen Britain would be looking to other continents for trade to open new markets, markets more than likely controlled by other interests such as the U.S. I do not imagine the U.S will entertain the competition in its overseas colonies, China gives it enough already to worry about presumably.

One step backwards from a truly one world government unfortunately.