I did do a search for this but there were no results.

Well I do not quite know what to make of this. I am sure most women who are pregnant and have drug problems probably do not intend to have stillbirths or miscarriages due to drug use. But there is always a minority...

Stillbirths and miscarriages are one of the worst experiences a women can have. My mum had 2 miscarriages before me through no fault of her own and she has told me it is a horrible and painful situation to be in. Which I can easily imagine...

The Supreme Court of Mississippi is currently considering a case that could lead to charges of manslaughter for women who suffer miscarriages or stillbirths.

Nina Buckhalter was indicted for manslaughter in 2009 after giving birth to a stillborn baby girl named Hayley 31 weeks into her pregnancy.

According to a Mother Jones report, those charges were based on the detection of methamphetamines in Buckhalter’s system, which led a grand jury in Mississippi to declare that the defendant "did willfully, unlawfully, feloniously, kill Hayley Jade Buckhalter, a human being, by culpable negligence." 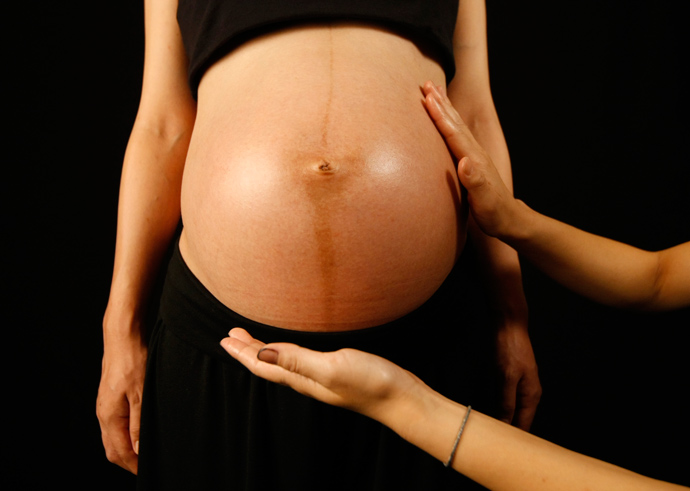 Now I do not know this womans story. But having had friends who are addicted to drugs and in a bad state of mind body and spirit. I have seen how incredibly difficult it is for them to kick the habit.
Maybe she could not deal with the situation. We can only speculate. But to charge her for the killing of a stillborn seems a bit harsh IMHO...

It also seems that Mississippi lawmakers are looking into closing down the state’s sole women's health clinic that performed abortions. And seemingly according to a attorney with National Advocates for Pregnant Women she thinks that the underlying agenda for this is so the state can establish "personhood" for fetuses.

Mississippi is widely considered one of the most socially conservative states in the US, and as recently as 2011 a state ballot measure had sought to grant full rights to fertilized eggs, effectively making abortion illegal.

This is going to put fear into the souls of many women. Frightened by the fact that if they should have a stillborn or miscarry they maybe reported to the authorities by the medical profession. Pregnant women already have enough on their plate without fearing they may be charged with manslaughter or murder and most of the time through no fault of their own. Miscarriages are actually quite common. I think it is 1 in 5 pregnancies end in miscarriage..

Well peeps of ATS I do not know about you. But these new laws being pushed in Mississippi seem to be a little too harsh from my perspective...

posted on May, 27 2013 @ 04:04 AM
link
Difficult to abstain or not, she knew what she was doing and the risks, when she poped those pills. She did commit murder. What more can I say?

Does this mean she is potentially up for the death sentence?
edit on 27-5-2013 by markosity1973 because: (no reason given)

Oh my, what a moralistic nightmare

Does this mean she is potentially up for the death sentence?

Yes I agree with you there.. It will not help her one little bit. It will make matters worse for her. Drug addicts should not be treated as criminals. They should be treated as people who have a medical condition. It is a horrible situation for her to be in. I am not sure if she is up for the death sentence. I know she could very well be charged with manslaughter. So maybe she will get prison time. I will keep following the story and update if I find any new info..

posted on May, 27 2013 @ 06:41 AM
link
Taking drugs through addictions obviously can kill an unborn baby, but I rather doubt that there is intent to murder whilst oppressed by addiction. On the other hand, deciding to abort a baby is murder - a deliberate choice is made to end a baby's life. All I see is yet another hypocritical law coming down the pipeline in the fast rising Pharisaical world.


Would the same law apply to a doctor or a drug company, If a doctor gave a drug they caused a still birth could they be charged with manslaughter too...


Implications for Emergency Contraception/Plan B/The Morning-After Pill Because the Mississippi Personhood Amendment defines personhood as beginning at fertilization, which technically takes place several days prior to pregnancy, it would most likely constitute just as much of a ban on emergency contraception as abortion. Implications for Intrauterine Devices (IUDs) Because IUDs prevent pregnancy in part by creating a uterine environment that is not hospitable to the fertilized egg, IUDs would cause the destruction of persons, as defined under the amendment. Implications for the Birth Control Pill Because birth control pills also alter the uterine environment in a way that discourages implantation of a fertilized egg, and because high doses of some birth control pills constitute emergency contraception, they could be subject to criminalization. Implications for Miscarriages The criminalization of miscarriages has already become a problem, as National Advocates for Pregnant Women (NAPW) has documented. The Mississippi Personhood Amendment would clearly define miscarriages as constituting deaths of human persons, which would necessitate criminal homicide investigations. In cases involving accidents, medication, chemotherapy, or other factors that could contribute to the likelihood of a miscarriage, women could be charged with manslaughter for recklessly endangering a blastocyst, embryo, or fetus.


Mississippi’s state Supreme Court is currently considering a case that could lead to women being prosecuted for manslaughter if they miscarry or otherwise experience unintentional pregnancy loss, according to a report from Kate Sheppard at Mother Jones. In 2009, two months after Nina Buckhalter’s pregnancy ended in stillbirth, a Mississippi grand jury indicted her for manslaughter, citing her use of methamphetamine while pregnant as “culpable negligence.” Buckhalter’s attorneys challenged the charge; the Supreme Court hearing began in April and a ruling is expected soon.


I could not answer that for you. But you would think that the doctors would know which drugs not to give to a pregnant woman. If the doctor did give the pregnant woman a drug that ended in abortion. Then maybe by applying the same law the doctor would be prosecuted for manslaughter....


Thank you for the links...

It will not do the women any good to be punished. They need to be helped. I would imagine that a woman who is a drug addict and pregnant probably has a huge conflict in her own head and body. She will know that the drugs are not good for the baby. But I do not know if she would understand that if she kept taking the drug she would kill her baby. It must be a very difficult situation to be in. On the one hand she will be thinking I am carrying a baby and I need to look after it. But on the other hand she has the devil inside her head screaming for more (drugs).

Well this is the problem. This law could prosecute innocent women who have just gone through the tragedy of losing a child and the state has decided that she had killed the baby. Talk about kicking someone who is already down. It is awful...

Yes I definitely agree with you on the latter. This looks like the start of a frightening fall down a slippery slope...

But for the women who know they're pregnant, have been trying to conceive, and then have a stillbirth, or a miscarriage (dependent on the stage of development of the fetus) what good does this do? it adds a level of horrible to an already painful situation. What about women who miscarry or have a stillbirth because of, say, a car accident? Potentially preventable, you see, because they could have just stayed home like a good little incubator. This is really solid slippery slope material.
edit on 28-5-2013 by dancerolivia because: I hit post way too soon.

From what ive read of your OP, I think the state of Mississippi lacks the capacity to critically think about what they're laying on the table here. Just because you get pregnant, doesn't mean your addiction is easier to stop. Just because someone has a child, doesn't mean they decide to stop being alcoholics and start being upstanding parents to their children.

To be convicted of murder dont they need evidence you planned the act? And as for manslaughter, isnt that more of an "accidental" occurrence? I could be wrong.

Holding women accountable for stillbirths and miscarriages is a step back to the medieval period of history. What exactly would they be looking to achieve in this situation? Seriously? Putting a woman away because her actions caused her to loose the baby she was carrying? Because that itself wont be hard enough to live with for the rest of her life?