Join in the collective thought summoning of inter dimensional beings...

But we haf all heard about axin' a ufo t'show itse'f.

Stop doin' thet an' try t'use yer spiritual inergy t'summon them, dawgone it. ah reckon thet eff'n we coredinated our thunk t'be 3 minutes o' so. Yessuh one colleck thunk. Ahideg come in peace. Thet we is ready. reveal yo'seffs t'th' wo'ld fust wo'ld wide corntack. Show ev'rybody. It is whut we want. Or sumpin like thet show us sumpin right fine does a double flipper circler whutevah yo' want. But lets does it fo' 10 pm eastern time 6 pm wess coast of South Car'lina. T'morry. ah reckon we kin does it an' start sumpin amazin' video tape it even eff'n yo' only git a light show.

Alright ats we are going to try an experiment. But not tonight. I will explain further. Ask your friends to join. My plan is to summon aliens??? or inter-dimensional beings. Ufos whatever you want to call them. I prefer inter_dimensional beings. That is just what I believe.

But we have all heard about asking a ufo to show itself.

Stop doing that and try to use your spiritual energy to summon them. I think that if we coordinated our thought to be 3 minutes or so. Yes one collect thought. Asking come in peace. That we are ready. reveal yourselfs to the world first world wide contact. Show everybody. It is what we want. Or something like that show us something cool do a double flipper circler whatever you want. But lets do it for 10 pm eastern time 6 pm west coast of america. Tomorrow. I think we can do it and start something amazing video tape it even if you only get a light show.

posted on May, 26 2013 @ 10:49 PM
link
I'll join you in summoning some inter-dimensional beans, I always wondered what they taste like.

Is there anybody out there?


Tomorrow pick a time between 10-6 in the morning.

Hope you arn't just wishing for any old being to appear.

But if you wish to see aliens Lol what ever floats your boat.

Iv summoned aliens myself and the name Yahweh works fine.

inb4 he accidentally summons demons that turn his life upside down and troll him until the end of his days. 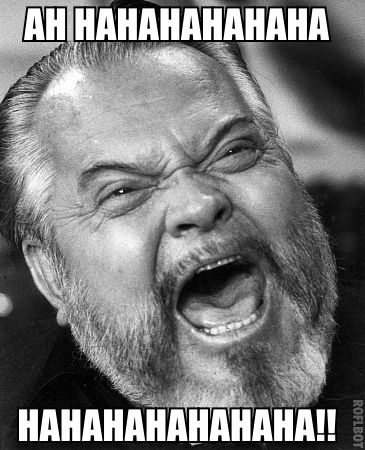 
lol yeah he may get a response from the owl people. With their orbs and such. OOOO orbz. LOOK GUYZ PLEIADIANZ they are like. beautiful people and stuff. Yeah. so killer, YEAH KILLER. ( yes killer is the word for sure)
Hrp derp OPS i accidently anducted a person. His name is john, hes eating carrots.
HI JOHN*crew reply* uhh hi? WELLCOME TO THE PLIZZSIENZ SHIP ABOARD! : D

yeah, why is there a grey behind you.

OH DO NT MID HIM I FREED SOME REPTILLIANS ... DUH i mean AZGAURDIANS. YEAH. DAT DEM.

hmmm whats all those people in those tubes?

YOU LAY DOWN NOW AND SHUT UP > : D
pokes prods.

THERE ARNT WE AWESOME

No you guys totally suck, and totally unprofessional. I didn't even have a document i could sign even again to this let alone a verbal one!

DAHH U DID WHEN U WANTED ARIANS TO COME
Hey ... thats not fair..

YEAH I GRANTED WISH AND HERE U ARE


y'all should start closer to home, y'hear?
wouldn't want the locals gettin' all het up
on account of ya snubbin' 'em over
them thar alien out-o-towners
an thar fancy "ships"
and playin' a trick on you!

from The Conjuration of the Four Elements, by Eliphas Levi.


Spirit of light! Spirit of wisdom! whose breath gives and takes away again the forms of all things! Thou, in whose presence the life of being is a shadow which changes, and a vapor which passes away. Thou who ascendest the clouds and movest on the wing of the winds. When thou breathes! forth, infinite spaces are peopled! When thou inhalest, all that comes from thee returns to thee! Endless movement in eternal stability, be thou eternally blest! We praise thee and bless thee in the changing empire of
created light, of shadows, of reflections and of images; and we long unceasingly for thine immutable and imperishable light. Let the ray of thy intelligence and the heat of thy love penetrate even to us; then what is movable will become fixed; the shadow will become a body; the spirit of the air will become a soul; the dream will become a thought, and we shall no longer be borne away by the tempest, but shall hold the bridle of the winged steeds of the morning, and shall direct the course of the evening winds that we may fly into thy presence. O spirit of spirits! O eternal soul of souls! O imperishable breath of life! O creative inspiration. O mouth which inspires and respires the existence of all beings in the flux and reflux of thy eternal Word, which is the divine ocean of movement and of truth. Amen!


I loved your beautiful verse about the 4 primal elements ( physical states) and darkness the non physical state of which creates light.

Where the hell did you find that quote? And im assuming your on my side if you believe in that...


1-I loved your beautiful verse about the 4 primal elements ( physical states) and darkness the non physical state of which creates light.

2-Where the hell did you find that quote? And im assuming your on my side if you believe in that...

1-
perhaps you're on a Journey?
mayhaps we'll meet on my next trip?

sarcasm + obtuseness= confusion ?
[your exchange with xaphan, who often takes sibylline pronouncements to a whole other level, or he's on a Journey himself ]
2-
the author:
Eliphas_Levi
the quoted section is The Prayer of the Sylphs [Aire]
pdf of the entire Conjuration of the Four Elements
www.golden-dawn-canada.com...

sources: The Oracle of Guguru+knowing the right questions

see my intro, in order to determine if you are on the side of "Madness" or "Sanity"


Cool, Yeah see you didn't even have to tell me i already knew what it was about

Thanks for the link! i guess this just adds more validity to what Yahweh showed me.

Thanks again brother. Live in the eternal flame of darkness forever more and be lifted from the veil of shadows.
Into the veil of light.