Hello and a serious question for every member here

posted on May, 24 2013 @ 12:57 PM
link
Hi names mark from the UK, i wont babble on too much about myself, because this isnt a dating site.
I am here to learn more, witness breaking stories (they are often here way before the msm reports), and to learn more from the great people here, i have for some time, as most people tend to do, been viewing as a visitor.

Any time anything happens from an earthquake to a shooting to a terorist attack, nobody believes it, everyone says its a hoax or false flag, and that even the footage is fake, and eyewitnesses on the news are actors etc.

Don`t get me wrong (and its important you read this before replying). I am NOT gullible, i am pretty sure that some events have been staged or we have been lied to. I am not a sheeple who believes everything the governments spoon feed us, and i do believe there are some bad guys behind the scenes.

However, can`t you guys even just once or twice assume that yes there really is a mentally ill guy shooting dead some poor kids at a cinema, or yes because that woman on tv reporting from the incident as a witness looks like a woman from a year back at another incident, maybe its just a coincidence?
Not everything and every event is a conspiracy.
Yet every single time anything happens, its apparently always a conspiracy.

What about all the billions of events that happened before social media and internet started. Heck let`s even go back to events from the 18th century back.. were they all conspiracies?

I know the importance of a website like this, and as i stated myself, i do firmly believe that at times things are not as they seem... but please answer me, why is EVERYTHING/ EVERY EVENT a conspiracy.

Originally posted by marky1
... but please answer me, why is EVERYTHING/ EVERY EVENT a conspiracy.

It's not. But here at ATS, there will usually be someone that thinks a particular event is questionable. He/She can lay out their reason for thinking so on this site and feel comfortable doing so. Others can agree or lay out the reasons for disagreeing.

posted on May, 24 2013 @ 01:06 PM
link
I think its wise to at least look into/question the 'official' story behind any event that occurs,if anything to keep 'them' on 'their' toes. (only they know who them and their are haha)


I think if you don't have an open mind to possibilities presented then you will see it that way and there are forums on here for you but may be better ones out there.

So welcome to ATS a place for people to think out loud, conjecture and maybe some answers.

please answer me, why is EVERYTHING/ EVERY EVENT a conspiracy.

Because people feel it makes them feel important, more clever than others, and they generally dont have a life outside of the internet

They think they are in the know, privy to information others arent, not a sheeple, out the box thinkers...in reality most are people who cant think for themselves or make rational decisions, they will only look at one source, the conspiracy source, others are discarded as they believe everyone is out to get them and take away their freedoms.

There are lots of mentally ill (self confessed or otherwise) people on this site. There are also a lot of children lately, as this site became more popular it attracted people more suited to playing video games or Barbie dolls. They want to feel important, and want to show their disdain for the government and authority figures.

Lots of people need a reality check, they need to get off the internet and start interacting with real people...they need their brains rebooting as they cannot see anything other than a conspiracy, due to their ignorance and lack of determination to find all sources. Its sad, especially with this Woolwich thing, the ignorance shown in some of the posts is really disturbing.

Oh yea, welcome to the site, you may have a hard time if you dont agree with the sheeple, and i mean the sheeple that think everything is a conspiracy
edit on 24-5-2013 by AmberLeaf because: (no reason given)

posted on May, 24 2013 @ 01:09 PM
link
Welcome Marky! To answer your question you are right. The main focal point of this site is to explorer other alternatives no matter how RIDICULOUS it may seem or sound & trust me there are a lot!!! But I strongly suggest that if you don't like it don't bash the OP just simply state your rebuttal why it is not or simply do not reply.

Also we have now entered a society, and this was created possibly by the gov't or us the people without even knowing, that everything the gov't does can be questioned by both sides so there will never be a definitive answer. It covers their asses.

Originally posted by marky1
but please answer me, why is EVERYTHING/ EVERY EVENT a conspiracy.

Please answer me this....

Why are you shouting? And why the hyperbole?

To answer your question, no- not everything is a conspiracy. However when ANY event occurs someone, somewhere will always believe that event is the result of a conspiracy; this has always been true even long before such a thing as the internet came to be. Since ATS is primarily a conspiracy site it is only natural that such people will seek others of their opinion here and exchange ideas. It isn't that everyone believes everything is a conspiracy but rather those that believe various events may be conspiracies meet with those who share the same opinion here.

Eventually you will come to find that there are different groups of people here that believe different events are conspiracies. Just because someone believes the Alien Cover-up conspiracy does not mean he/she believes the 9/11 conspiracy or someone may believe the Sandy Hook conspiracy but not the Chemtrail conspiracy.

Have fun exploring and learning and enjoy your stay!


EVERYTHING REALLY IS a Conspiracy, no theory about it.

Welcome to the recovery room, you will begin to slowly awaken so take it easy and just breath, take your time waking up. 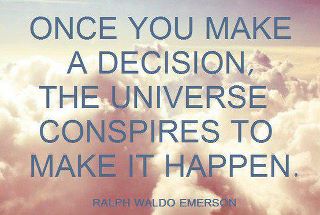 There are those who find secret codes in rap videos.

There are those who are certain that the answer is retrieved by basic math (excluding long-division).

There are very well-educated CTers and those who learned what they know from very limited experiences.

The answers run the gammit OP. The trick is to not make any kind of an excuse for putting large and varied groups of people into one ideology. We all strugggle to not do this, but it's hard.

Welcome to ATS. I hope you find reasons to ask questions - that's what we're essentially all about.

My favorite conspiracy is one I thought of myself. Beware; children are especially verenable to this conspiracy.

You know those drinks, Slushee, Slurpee, Icee, whatever they call them in the UK? Well, they sell like mad here in the US during the summer months.

You get the big one, stick that straw in your mouth and start-a-sucking and it tastes great. Next thing you know it...BRAIN FREEZE!

As you wait for the pain to subside, it’s melting, and then you repeat the process again, thinking you’ll know better this time, but no...another brain freeze.

You see that its melting and stir it up a bit and stick that godforsaken straw back into your mouth, resulting in...you guessed it.

About the time that pain subsides, you look into the cup and see a syrup substance that no longer tastes that good. Usaually about a 14/ cup.

But wait...you're still hot, so off you go to get another. And the cycle starts again.

Why, if there is already in existence this seed vault do we need monsanto?

And before answering that; are the vaulted seeds already genetically modified?


I'm just here to bring you Welcome Cookies...enjoy the ride.... 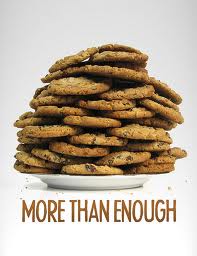 I think it comes down to this:

While there are some people that believe using Occam's Razor in critical thinking, there are others that seem to abide by a "reverse" version of Occam's Razor which I've dubbed "Master Shake's Razor".

posted on May, 24 2013 @ 01:25 PM
link
I think ATS has enough on here for everyone to find something they would like to read, commet, or disagree. Thats the beauty of ATS. I find many stories and opinions stated on here, that I do Not agree with, some are just crazy topics. But I like to treat everything with an open mind, think about it for a second, and either agree, disagree, or move on totally and stay away from the crazies


I believe that because its a conspiracy website, that is why you find that some one or another will think that most big events are conspricies.

I do not mean to sound repetative but once again i need to stress this part of the question.. why is EVERYTHING / every single event that happens a conspiracy!

Can`t just for once (gd forbid a bad event should happen at all), that people can just focus on the victims and rebuilding the loss and not on it being a conspiracy

I'll assume error on your part, concerning the lack of interrogative at the end of your "question"

Answer: because we're all breathing the same air.


Can`t just for once (gd forbid a bad event should happen at all), that people can just focus on the victims and rebuilding the loss and not on it being a conspiracy

ah yes, focus only on the victim
and do not question "who benefits"
ROFL, i had thought your "question" somewhat academic,
i see now that it's instead sophomoric.
edit on 24-5-2013 by TheMagus because: added edit & comment


and then there are those De-bunkers that feel good about them self's because every time a conspiracy theory does arrive they automatically without question start debunking. This allows the automatic DE-bunkers to feel like there the smart sane ones when in reality anybody that automatically flocks to one side of any said issue is just as mentaly ill as the conspiracy theorists that flock to the other side. but hey to each there own.


ATS has the best breaking news info anywhere - and there's usually someone in the near vicinity of whatever's happening to give them their perspective of the event.

I recommend standing threads like Quake watch, the sinkhole in LA thread, volcano watch - they are very interesting.

People believe in different conspiracies - for instance, I think the alien stuff is secret technology that just hasn't been released yet, but I'm a firm believer in the illumanati (read the protocols of the elders of zion) - and watch - someone's going to respond to this saying "it's been debunked - it's a hoax"

Have fun on ATS!