These are the last advises of a father unable to support his family, extreme poverty forced him to tell his sons to take different paths. ATS members, Nothing you can teach your family will work if these advises are not considered. Remember you may not be there. 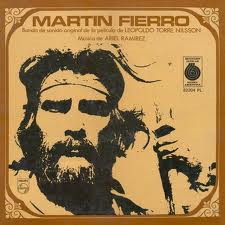 Martin Fierro's Advice to his Sons

A father who gives advice
More than father is a friend;
Your ears to me a moment lend,
Be careful nights as well as days:
No one knows in which dark place
An enemy he'll have to fend.

I never had another schooling
Than life itself so full of suffring,
So don't be surprised if now and then
A mistake I make, or maybe two,
Cause he don't know less than nothing
Who never learned to make a few.

There's men whose heads are swollen full
Of lots a things they think they know;
Smart guys you'll find them high and low,
But I'll say, though one a them I'm not,
That it's better than learning a lot
To learn the things that's good.

Don't waste your work at silly jobs
That ain't gonna teach you anything new;
A single glance is enough for you
To get the picture of what's goin on:
The first rule, and it's not so bad,
Is knowin when you make someone mad.

Never pin all your hopes
On one heart, that's for dopes;
When bad luck tries to knock you down
In God place all your trust;
In men pick only one,
Or two at most, if you must.

There ain't no limits known to failings,
They ain't like the land with all its railings;
You'll find them in the very best,
So you better heed this good advice:
However has his own defects
can well excuse them in the rest.

Whenever you find a friend needs help
Never leave him in the lurch;
Don't ask for nothing in return
Or give problems that you concern:
The truest friend a man can earn
is conducting himself with honor.

When fear and greed come knocking
Never open to them your door;
don't get all excited for
Some goods lost in the ditch:
Don't offer anything to the rich
Or refuse to help the poor.

He who respects his fellow man
From the Indians will know no danger;
He should free himself from anger
And not act overly forward
Be cautious when with a coward,
And moderate with the stranger.

To work is like a law
Because you gotta earn your store;
Don't let yourselves get sore,
Reduced to drink the dregs:
The heart that has to beg
Bleeds its blood evermore.

A man has got to work
To earn his daily bread;
For poverty is a curse of dread
That has a million ways to call
At the doors of one and all,
But enters the house of the sleepy-head.


Don't threaten any man,
Thinking they're as cowards all;
Many a brave man will take a fall
By not seeing the danger there:
If he doesn't talk with required care,
Away on hands and knees he'll crawl.

To overcome a danger,
To save yourselves from any pitfall,
From experience I'll advise you all:
More then the sable and the lance
More likely will serve the confidence In himself of a man who stands up tall.


Every man is born with the savvy
That's meant to be his only guide;
Without it he'll soon come to grief,
But in my considrable experience,
Some it makes intelligent
And others only negligent.

The man who diligence has got
Knows where his chances lay;
Listen careful to what I say
And see if it's not a fact:
A chance, like iron still intact,
Has got to be struck while hot

Many things a man will lose
Only to find them again somehow;
But this I must teach you now
And it's good to keep in mind:
If you lose your shame one time
You'll never find it again nohow.

This is the most important rule:
Brothers should stick together
In good or in stormy weather;
If fighting starts among insiders
They'll easily be beaten by outsiders
Who'll blow them away like a feather.

To mock the aged brings no advantage,
Have respect for the ancient ones;
And when you're with strangers, my sons,
You must be careful and choosy,
And not pick evil company:
A man is known by with who he runs.

A man doesn't kill another man
Or fight for for reasons of phantasy;
Learn the lesson from my misery
A mirror to look in when you're old:
He who knows his temper to hold
Will find none wiser than he.

The guilt of the blood you shed
you'll not forget till the day you die;
The impression it leaves, I'll not deny,
Is so strong that I have to say it:
On the soul of him who sheds it
It falls like drops of fire.

Always and ever, on all occasions,
Drink is the enemy most to fear;
With love I confide and I hope you hear,
Remember it before your hopes are sunk :
He who offends another while drunk
Deserves to be punished doubly dear.

If you see that a brawl is brewing,
Leave before you get involved;
Don't be always too resolved
Even if right is on your side:
Better than fighting is to stay alive
And experience disputes will solve.

If you give your heart one day
To a woman you hold most dear
Don't do anything that will make her fear
Or offend her, the woman I mean:
Things ain't always what the seem,
But an offended woman is one to fear.

Make sure, if you want to be singers,
to sing with all your sentiment,
Don't tune up your instrument
just because like talking you feel;
And always sing about things real
Things you'd want as your testament.

And I'm giving you advice
That's cost me a lot to say,
Cause I want to show the way;
But what I know's not enough
To provide you with the stuff
You'll need to be okay.

These things and many more
I've thought of in my solitude;
Though they may seem simple and rude,
There's nothing wrong in what I say;
They come from the mouth of age
The source of all that's true.