"Why don't you sit down," the president told the heckler. "You should let me finish my sentence."

He was then heckled at least twice more.

The heckler is said to be Code Pink's Medea Benjamin.

Promising to return America to the "moral high ground" in the war on terrorism, President Obama issued three executive orders Thursday to demonstrate a clean break from the Bush administration, including one requiring that the Guantanamo Bay detention facility be closed within a year.


United States Presidents issue executive orders to help officers and agencies of the executive branch manage the operations within the federal government itself. Executive orders have the full force of law,[1] since issuances are typically made in pursuance of certain Acts of Congress, some of which specifically delegate to the President some degree of discretionary power (delegated legislation), or are believed to take authority from a power granted directly to the Executive by the Constitution. However, these perceived justifications cited by Presidents when authoring Executive Orders have come under criticism for exceeding executive authority; at various times throughout U.S. history, challenges to the legal validity or justification for an order have resulted in legal proceedings.

4 years later his executive order signed in 2009 to close the prison within a year is still open and the Pentagon is asking for 450 million in funding during a 100 day hunger strike. Definitely not money spent on food.

What a change of rhetoric since January 2013
wsws

Obama signs Pentagon bill maintaining Guantanamo and military detention
By Bill Van Auken
5 January 2013
For the second year in a row, President Barack Obama has signed into law a Pentagon funding bill that allows for the indefinite military detention of anyone, including American citizens, without charges, while barring the shutdown of the Guantanamo Bay prison camp.

The signing of the National Defense Authorization Act of 2013 Wednesday puts paid to the predictions by the administration’s liberal and pseudo-left supporters that Obama, freed of re-election concerns, would pursue a more “progressive” political course in his second term. As in 2012, this legislation enshrines a sweeping assault on core constitutional principles and democratic rights.

The Sh!t hath H!teh the Fan and POTUS and the rest of the gang are on damage control.


Has he said where the prisoners will go?

Are they coming to the states?


and him listening as well, now that the people have awaken and are finally speaking about what he has been talking about doing since his campaign in 2008.

Time to Shut up or Put up. 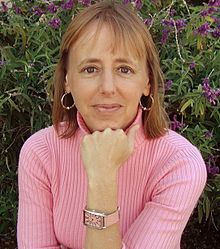 
this is all talk and distraction from what is about the information explosion on capital hill.

posted on May, 23 2013 @ 04:06 PM
link
I find this hillarious. And about damn time! Maybe a "Trend" will start and since voicing is different than throwing a shoe... Maybe American's will start taking initiative and start voicing more. 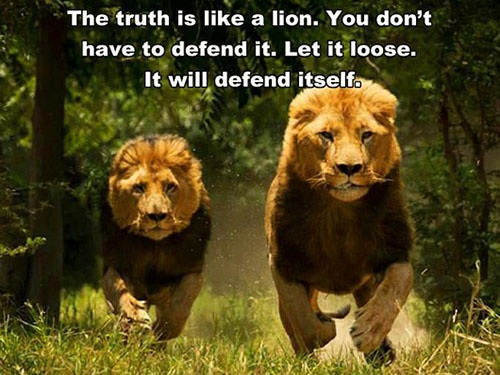 Where would Obama be without his prompters?

posted on May, 23 2013 @ 04:12 PM
link
I saw it live and was surprised the audience didn't chirp her down.
It was the most effective heckling of any politician yet from Code Pink.


Time to Shut up or Put up.

And if it truly is time for them to ‘crap or get off the pot’ can we vote on that????

I vote get off the pot because we've had enough crap!!!


Brother or sister the more people we get to feel this way and think this way, the stronger we become, the stronger we feel, and the more we will be able to accomplish, in a civilized manner. We should not lower ourselves to their standards of tactics.

As much as I disagree with what transpired in London, the MESSAGE was LOUD and CLEAR.

DO NOT TRUST THE GOV"T. THEY DONT CARE ABOUT YOU
edit on 23-5-2013 by whatzshaken because: (no reason given)

Originally posted by whatzshaken
reply to post by Abstruse


For ten years they have been locked away like caged animals on "Suspicion of Terrorism" - No trial.

Fighting against an invading force is Terrorism?

posted on May, 23 2013 @ 07:33 PM
link
You've got to be kidding me. So..... Where will these "innocent" terrorists GO anyway?? I mean, these are the worst of the worst. There have been review after review after endless review to find every creative way to release these guys.

Did some innocent men get caught up in things? Hell yes.... No question. The U.S. made the HORRIBLE mistake in 2002 of accepting Al Qaeda prisoners on the bounty system, and it led to prisoners alright. Oh yes indeedy.... Amazing how many Al Qaeda there suddenly were when someone is worth American dollars being flown in by the pallet load in C-130's.

For all that, those have been released and never should have been there. This President is grasping at Public Relations straws though and must have a back pocket of things like this to whip out and make our boo-boo feel better when we're un-happy with things in a measurable way. I mean, it's not like this place has been on track to close or anything.

^^ That wasn't some whacky Bush story..That was February of 2012 and of the thing nearing completion. Yeah... Will the guys stationed at gitmo get to use the near MILLION dollar sports field made for the terrorists? I'll bet they don't.

So again, what precisely...exactly...is happening to the remaining worst of the worst no decent hearing can find a way to release? I missed that part.

Originally posted by groingrinder
1. Send the prisoners home.
2. Get out of their countries.
3. Stop teaching foreign muslims how to fly planes and stop giving them munitions and money.
4. Close our borders.

there is nothing wrong with Muslims flying planes. A pilots skill is not limited by the color of their skin gender or creed.

The people are not the threat. The Gov't or people behind the Gov't are the threat. People in general are kind and generous, those with the means, power control, are the ones that influence your environment.

question the power of authority.

In a mental hospital since they are going crazy because they make good points but totally discredit all of it with the insane way that they act. For example, code pink mom lets boy go fight in the army. Code pink mom gets mad when violence comes upon him. They never really change anything, they just get on TV.
Rather than whining Code pink mommy should have taught her kid not to join the army in this day and age.

Standby for IRS audits of these hecklers in 2014.

No questioning the emperor, punish them immediately.

posted on May, 24 2013 @ 03:15 PM
link
When I see a scene like that I get real small and remember that if I ever mouthed off to a political figure on stage like that as a little person my mom would have dragged me out of the room and whipped my behind for disrespect. There are better ways to send a message to the President. But it's probably a real entertaining day for him because I know that look on his face. He might be ready to throw off that microphone, get in her face, and badger her back right out of the building if he could, if all those cameras weren't there.

She could have waited until the show was over and heckled him like half the cabinet does behind secure doors. It goes something like this: what the heck were you thinking saying that Barry?

Her argument about the hunger fasting people is that she forgets they are voluntarily not eating. If they die of hunger it's their own problem, but there are feeding tubes for that sort of defiance in institutions.

What laws and lists did she just cross and meet to get that far, I wonder?