Same here in terms of worthless local politicians. Who can ever forget my state being connected to Todd 'The imbecile' Akin? He's not alone though...We have Roy Blunt. A Rino's Rino. I figured there may be hope for the guy but then some recent votes have thrown me off, atop talking to an instructor who actually threw his hat in the ring a few elections back to run against Blunt directly. The little things one learns of how ugly the process really is...

Akin had me voting Democrat to keep his ignorant tail our of an elected office and Blunt? Well... They called it 'Smoking a blunt' when we got his Brother bounced from the Governor's mansion, largely by mismanagement. I guess it's time for another...just as soon as he's up for re-election. Oh..why can't decent people from WITHIN the party ever try?

Both sides are as rank and corrupt as the other tho. No change except who picks the heads of committees and such, every 2 years or so.

posted on May, 22 2013 @ 12:35 PM
link
I think that wrabbit's post does show that SNAP is a pittance compared to other social welfare programs. I've read convincing articles that argue both: "that US and European farm subsidies are responsible for thousands if not millions of people starving due to the distortions that they cause in the market that disproportionately affects those in the developing world" and "that farm subsidies are the reason why poor to middle class people in the US and Europe spend a smaller percentage of their income on food than is historically prevalent".

On a personal note, I'm glad that SNAP benefits are staggered throughout the month now instead of when they were called EBT hitting at the first of the month. I really hated the price hikes you'd get at the major grocery stores around the first of the month while all that EBT money was being spent, but I noticed if you had a little change left to go grocery shopping at the end of the month you could get some pretty decent deals the day or two before EBT funds were posted.

posted on May, 22 2013 @ 12:35 PM
link
Gotta love Politicians.
I wonder how fast he would support food stamps if JP Morgan donated money to his campaign fund.


I did. read my replies, which I have edited to expand the answers.
Speak to the issue, don't tell me to "move."


Farms MUST be subsidized due to the gross government manipulation of agricultural commodities. In 1976 the price of cotton was around 80 cents a pound. This year, cotton is expected to bring around 80 cents a pound. Its odd how everything goes through inflation except agricultural commodities. If farmers weren't paid subsidies then I can guarantee you there would not be any farming in the US save people who were subsistence farmers.


No that's not right.

Farmers require subsidies because the GOVERNMENT forces them to grow particular useless crops like corn from Monsanto. ON top of that, because of see gene patents, they can't keep their seeds, so they have to in-debt themselves to those companies year after year.

The fact that we allow speculation of base commodities such as wheat and other base foods is what caused this problem.

What next you're going to tell me that Oil Companies also require a subsidy?

Are you insane? Must be.

What do you know about farming? Absolutely nothing obviously.

The most laughable thing you said is the BS about "Government forcing farmers to plant Monsanto corn." Um lolwut?

Farmers can grow whatever they please. Many farmers choose to grow Monsanto, or Bayer (I have yet to learn why Bayer isn't evil as well) due to the fact that these companies spend Billions of dollars developing plants that are better suited for the environment the farmer is growing it in.

Not sure if you are aware, but we are running out of water. Monsanto has been developing drought resistant Corn/cotton/canola/soy beans/you name it, for the past 15 years or so.

Sure, as a farmer I can grow conventional cotton or corn, I can keep my seeds that I harvest, and I can live a happy life, but why would I want to? Conventional crops yield less, are not resistant to much of anything, and are susceptible to chemical drifts from everyone else.

posted on May, 22 2013 @ 12:39 PM
link
I have to go run errands right now (pay the bills, get groceries, etc). I'll be back later or tomorrow (more likely). Please carry on, folks, and let's see if we can't figure out which problem needs tackling on a society-scale.

Me 'moving,' (or anyone who is unemployed and stuck where they are), is not a solution.


I didnt tell you to move, I just pointed out that the government is doing its job if you havent done it.

I find this fascinating.

So are you suggesting that government should not actively prevent the suffering of its citizens because suffering is an incentive for change?

While I agree that suffering is an incentive, the human races greatest philosophical goal has always been the prevention of suffering.

posted on May, 22 2013 @ 12:44 PM
link
reply to post by wildtimes
someone should tell him he got food stamps him self, why does he need the Gov help in farming ? he might have need a new John Deer to replace last years model, or has a bad time making his crop grow or need to buy GMO seeds , he too should get off welfare and get a job and stop playing in the dirt.


Firstly, you should stop with the: 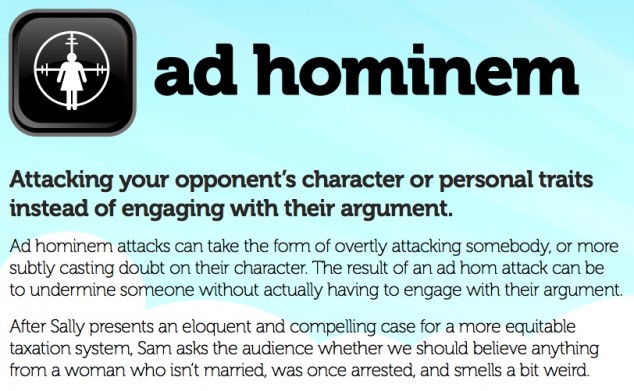 Secondly, you are correct and I mis-spoke in this instance, my beef is the mandatory re-purchase of seed, and the speculation on things that should not be speculated on.


I've got Jeb Hensarling. Who was probably cloned from the same pile of Dung as your bloke.

With those two, Perry as Governor and now Ted (I'm more Paul than Rand is) Cruz, I do wonder about Texas.


I'm sure his religion has something to do with his bizarre opinion. Seems like all the welfare moochers the right complain about are the same people sitting next to them in church. Of course those people setting next to them are good Christian folk and its really the liberals who are destroying America, somehow... its obamas fault.

Several politicians involved as well. I suggest looking into it for more on who's who in this bizarre group of "spiritual warfare" believers.

posted on May, 22 2013 @ 03:40 PM
link
reply to post by wildtimes
I read a news article about two years ago that said at the time almost two dozen members of Congress receive farm subsidies- about 2/3 Republican and about 1/3 Democrats- and that wasn't counting Senators. This isn't just a GOP problem- it's a Congressional and Senatorial problem.

I feel that if farming isn't your primary source of income you should NOT be receiving farm subsidies. These politicians know how to work the system (after all, the vast majority of them were lawyers before becoming Congressmen and Senators) and they know all of the legal loopholes that allow such tomfoolery. It is a disgrace that these loopholes that benefit these people exist.


These politicians know how to work the system (after all, the vast majority of them were lawyers before becoming Congressmen and Senators) and they know all of the legal loopholes that allow such tomfoolery. It is a disgrace that these loopholes that benefit these people exist.

Totally agree with you, littled!


I also own a farm in Texas and I do receive subsides but I don't rag on the poor. I don't know their circumstances.

"There but for the grace of God" mean anything to you?

Conservatives always amaze me when they vilify those less fortunate than themselves but completely ignore the waste, subsidies, fraud and corruption coming from the war profiteers, corporations, banks, wallstreet etc.

Using the poor as a scapegoat for the nations troubles shows a sickness of the spirit!!

Whoever gives to the poor will not want, but he who hides his eyes will get many a curse. Proverbs 28:27

And he answered them, “Whoever has two tunics is to share with him who has none, and whoever has food is to do likewise.” Luke 3:11

Whoever oppresses a poor man insults his Maker, but he who is generous to the needy honors him. Proverbs 14:31

Whoever has a bountiful eye will be blessed, for he shares his bread with the poor. Proverbs 22:9

Did this man ever stop to think that there is people on food stamps that want to work but there are no jobs in their area? Maybe he should start helping them find jobs or get companies to come into his district and create some jobs.


Agriculture isn't in that bad of shape. America has over 3 million acres of farmland that we pay farmers not to farm.