Ladies and Gentlemen, Boys and Girls
Microsoft have finally revealed their latest Console the Xbox One

Lets look at this console

Blu-ray
I am personally not shocked at Microsoft caving in and using the hardware of their rival Sony as Blue-Ray has shown its Data capacity surpasses that of what is currently on the market unless Microsoft had decided to go all digital distribution of games, for a full HD experience they really didn’t have a choice in the optical drive for the console.

So with this choice we can expect games to be at least at Par with the new Sony console in terms of Graphics and the best part about this, Games which are Data hungry will fit on one Xbox one CD and not come in multiple disks.

500GB of storage
Now Microsoft have learnt how people like digitally distributed content when it comes to movies and even Music and for this Microsoft provide a service for people to purchase Movies through Xbox live and be able to download the content to the console or PC via ZUNE.

by providing a Large HDD Microsoft are providing a platform for users to download and store a large amount of Movies and music along with DLC to their console allowing for greater integration into their living room as an entertainment system.

IBM 8-core CPU
More power people, as a Console gamer and a PC gamer I understand never to overestimate and underestimate the Processors which are marketed and included in consoles as they are outdated in mere months.

but as this is an 8 core CPU it will still have plenty of kick in it to last it until it is surpassed by the next Microsoft console to replace in a few years time.


Now we wait for Sony

What a giant fail for Microsoft.

I'll take a look at the exact hardware specs when they come out, but this is lackluster. This tech will be obsolete in 10 to 12 months.

They should have gone modular, it is the future.

The ONLY cool thing is the enhanced Kinect and that's only if it actually does work in retail versions of the console as opposed to the overcharged dev unit they showed.

posted on May, 21 2013 @ 05:03 PM
link
on the new gaming consoles coming out i read a few things on line that the new disks were going to be water marked. like you buy a game and put it in and enter a code that came with it. after doing that the game can only be played on that console or that users Microsoft account. is this true with the new x box? if so that would kill the 2nd hand game stores.


Problem with going modular they may as well just provide a rig and call it a PC
I am a PC gamer and console gamer, I like upgrading my rigs to the latest hardware to get the most out of it,
I just dont see Sony/Microsoft doing what steam are doing

you are thinking more of the lines of this
www.gamingrev.com...


They aren't going to do that, it was rumored that you couldn't play the console unless you were connected to the Internet,
now Sony have shot this down and this like the always on is a rumor and unless its been officially published ignore it.


Yup, I would love a Piston.

I have a Ouya on pre order, should come in over the next few weeks hopefully.

I just read up on the hardware.

A single 40-nanometer chip contains both the CPU and GPU rather than the two dedicated 90-nm chips needed in the 360. In fact, a custom SOC (system on a chip) module made by AMD contains the CPU/GPU chip, the memory, the controller logic, the DRAM, and the audio processors, and connects directly to the heat sink via a phase-change interface material.

That much for one chip to work with isn't going to go over well. I expect a lot of overheating, even if they have reduced the part sizes. Customer build hardware to work with the OS is going to be problematic for people who want to refurb them and not pay half of retail.

I dunno. I'll probably buy one for my son when they come out, but I won't hold by breath.

posted on May, 21 2013 @ 05:13 PM
link
Honestly think that the COD game they showed looked like any other recent 360 game.
If there's a graphic jump i just didn't see it...
-Not ripping it I have a 360, just seems like the graphics jump that we usually see with new console releases isn't there...Same with the new PS..


The problem with showing off video games like that, is that you're seeing it, through a camera, who is seeing it through another optical device etc..

Unless plugged directly into the console and watching it in true 1080HD, then you'd be hard pressed to see a real difference in graphical performance, outside of posting the stats next to the image.

posted on May, 21 2013 @ 05:29 PM
link
I guess so.
It's just that If I posted some pics together it would kinda explain what I'm jabbering about.
I'm kinda lazy today so I'll just use words instead of scouring the net for pics that make my point.

pic of Nintendo beside pic of N64 ---Huge graphics difference.

pic of N64 beside pic of XBOX ---Huge graphics difference.

pic of XBOX beside pic or XBOX 360---- -Huge graphics difference.

Nice graphics but in general it looks like any other CoD game..


In all honesty the next leap of graphics is here:

Those are insane jumps in graphics. The problem with consoles is that they'll never have the right hardware to run these engines. Not at their full, or even 3/4 potential.

Now the Crytek3 engine is just one example, but it's the most prevalent.

So, it's a plateau, until a company, wants to invest in higher end hardware.


There already is a system like that with certain game publishers, EA Sports is a good example. Included in the purchased of a new copy of the game is an "online pass" pre-paid code. This code unlocks the game for online access and is required along with any subscription for the system you are using, like an xbox gold subscription.

The cost for most online passes currently is around $10. I expect this to continue with the new consoles, both xbox and playstation games. Really its a way for the game publishers to squeeze a little more money out of the consumers, and to offset the "loss" caused by pre-owned game stores.


The more I'm reading, the more disappointed I'm getting.

They seem to be concentrating more on TV than on gaming,
-and a fee for lending games...
-and having to be hooked up to the net. (at least once a day(?)

Seems like the end all, be all of nickle and diming approach.

And what the heck does a Spielburg HAlo TV series have to do with gaming?

You NEED an xbox live account to register games....

Not really there are reasons why consoles sell, and lets face it if anybody wanted a modular machine they would buy a PC. And I know there are many PC fans, in fact I am one, but in all seriousness the games on PC while pretty and shiny which come out every 5 months and you have to spend another $500 for another graphic card, minus all the other things you will need, is kind of pointless. And not do to the fact that its not the newest with the newest graphics its due to the fact that pretty much all the games are just about that, I mean woo whooo its so supper shiny and just look at the graphics, but if the game sux and is boring as hell, you will get over that fast.

On consoles though there limited to certain hardware specs there is still lots of room to do things in much better ways and you can even achieve the same graphic quality if albeit you are a bit more creative in knowing what you are working with as opposed as just upping the polygon count.

I mean look at this game its coming out next month, and for a system that PC can technically shoot out of the water and is more then 7 years behind, it still is and looks better then 90% of the PC games out there which will require the newest upgrade and graphics card to play. You got to ask yourself WTF is up with that? and like I said even if its got the coolest and best graphics in the world, if the game sucks, well what is the point in playing it? or especially spitting out the cash every 5 or so months for the newest tech? Sorry but if its only selling point is its got the newest graphics, well that just is not cutting it.

Game makers have more time to focus and expand there creative talents if they know there making something for a specific range ie consoles, and though there technically sort of tied in the technological end, as opposed to working with PC's, but so far in the PC world its just been pumping out more polygons and more processing power. But if there not willing to sit down and go, "hey in what way can I really do with the technology at hand, how can I push it or do things in a different way?" It makes for more funner games and more creative games instead of the old just add shinier and higher count graphics and call it good which you do see in a lot of PC games.

posted on May, 21 2013 @ 08:38 PM
link
Honestly im not too suprised that there isnt that much of a graphics jump. What were going to be seeing next is instead of super eye bleeding graphics you'll see realistic movements all around, bigger maps, more complex environment interactions. You saw the tip of the iceberg with battlefield 3. Overall for Xbox One though, they're going for what sells. Welcome to corporate America.

Hmmm, i heard of this before... oh thats right.. PS3 has them Next they will say XB1 will have internet browser capabilities....


I was disappointed at sony for their weaksauce, but i now know that anyone can be XB1's specs... gggggeeez what a let down for a 8th gen console. 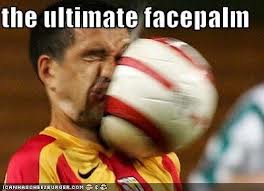 Not anymore. Looks like I will be going back to Sony with the PS4.


-MS's screwing of the used game and rental markets

-Kinect required to even power on.

The last three are killer for me. Our household has 3 Xbox 360's. Some games, we share discs, especially single player games. I will not be buying three "licenses" at full price, so that my household can play the same damn game. And while the Kinect issue pretty much sealed the deal for me, as I do not a camera/mic always on in my house, the last issue was the nail in the coffin. It is my console, and I will play the games that I buy when I damn well please.

In my opinion, MS will fail hard this time around.

As for us? Looks like I will be getting a PS4 (unless Sony goes along this same path of stupidity that MS took). The other two consoles in my house, that is up to them. But I refuse to play MS's game.