Heyy from Ireland. Not sure what to write in a Introduction thread so enclosed are my random thought

posted on May, 21 2013 @ 01:17 PM
link
Don't really know what to write about myself , but I guess I'm here to talk to more people like myself, and maybe learn something knew from the people here at ats I'm 18 , I love people and life in general and believe humanity is on its way up, not at its downfall as people seem to believe these days. I also think the rules should be changed on here so we can take about subjects such as psychedelics and such as these are very mind expanding tools which actually fit in with allot of the other subjects talked about on here but I guess that's not going to happen lol I also feel like I have allot to say but nobody will listen. I didn't do very well at school, thought it was all bull#, I'm one of the kids that reports always said "Has great potential but wont apply himself" I just couldn't be bothered with it they teach the most boring things in school, I can quote bible like it anit no thanng but yet I got a E in my RE GCSE as it asked stupid questions like, "What does it mean to be a catholic?" are some # like that, my point is School is only important because THEY make it important. I was teaching my teachers # they never even knew...

Emm what else, what else... I think Jesus is the man , although i wouldn't say I'm religious and I seem to be a magnet for UFOs are at least live in some sort of hotspot as I see strange things in the sky weekly and have also had a experience where I seen a group of UFOs two days in a row and on the third day I went out around the same time to see if they where there again, they weren't; for some reason at the time I felt if I closed my eyes and tried communicating with them like telepathically telling them to come they would and they did , 1 by 1 .. I was insanely high at the time , but it did really happen, I was very surprised, lol guess it could be a coincident .. I lucid dream nearly every night and astral project maybe once a week and have some crazy experiences doing so, I believe everyone should do it . I LOVE NATURE , being around trees makes me feel good, I had a crazy mushroom trip in august and ever since then I feel emm grounded if you know what I mean , I feel connected to the earth; words cant describe how much I love it haha Id pick up a leave and just look at it, baffled at how crazyy it is lol I'm not sure what else to say and I don't even think anyone will read this sooo bye bye

sorry for bad English or any mistakes


"You must be the change you wish to see in the world."
Mahatma Gandhi


I have that was just the once.. Drugs is such a scary word

posted on May, 21 2013 @ 01:32 PM
link
Welcome to the forums, lots of nice folks here, lots of great information. Enjoy particpating in the discussions.

Here are some rules and information to help you get started: www.abovetopsecret.com...

posted on May, 21 2013 @ 02:16 PM
link
Welcome to ATS from SE England .. Don't take everything seriously and enjoy your time here. One tip for you use the search engine and careful about mentioning drugs it breaches the terms and conditions


Welcome new one. I bet your accent is awesome!!! Glad you joined.
And the rules won't change unless it becomes legal. This is a family friendly website
Here is you some welcome cheesecake 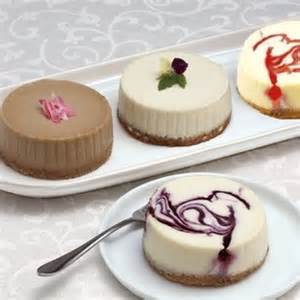 Enjoy your stay and see ya around the boards.
peace and love
~nat cat~


Welcome From the US, you sure had a lot to say and hopefully you will figure out what is really happening on this small world of ours.

Welcome ;-) and enjoy the site.

Im up in Northern Ireland, where do you hail from?

posted on May, 25 2013 @ 08:39 AM
link
And hello from me too!!! From the sunny south east.
The sun is shining and the birds are singing! Just hang on a bit for someone to spoil it!
Strap yourself in, but remember what Bill Hicks said, "it's just a ride"


Thanks I'm from outside newry originally, move about quite abit so I'm living in loughbrickland at the minute wbu?


Sunny here in co down to, Sad that in a day or two well be back to the usual rain haha Bill hicks what a legend


Im in lovely Derry City, we have the 'one big weekend' concert thingy going on at the minute so its mental up here, have family in Leitrim also, spent the first few years of my childhood down there :-)