I joined because every thread on your "Religion, Faith, and Theology" forum inevitably leads to one or more members who are completely convinced of the nonexistence of God trying to push their beliefs on those who hold opposing views. I find it illogical and ignorant to claim that God does not exist. Almost as illogical as saying Jesus hates gay people. Almost.

God is a word to some, more than The Word to some others. My whole goal is to show people that God is relative to whatever you believe He is. If you don't believe Jesus is God, get in line. There's no conclusive evidence that Jesus ever existed as a man to begin with. But even this doesn't qualify as evidence that God isn't real, or even that Jesus isn't a direct creation from the mind of God Himself.

You can't even prove that you're not God, or that I'm not.

God is relative. He takes on whatever form you give Him. If you believe He does not exist as an intelligent being, then the only one who might be missing something is you. If you believe He is only a word, then that's all He will ever be to you.

I think God is the ultimate unanswered question, which is why I find it disdainfully ignorant to claim He does not exist. Doesn't anybody else find it strange that after thousands of years of human history, we can't even agree on an idea as "simple" as God? Does that mean that God isn't real, or that humans just do not understand Him?

If one person, just one person, knew for a fact that God was real, what do you think that person would do? I think they'd share that truth. Kinda like Moses did when according to myth, God came to him as a burning bush. Would the testimony of Moses be any less valid today than it was back then? Absolutely not, because you can't prove it didn't happen!


Personally, I have always been very open to the idea of a creator. However, I see nothing that would directly suggest the existence of one. So my approach has always been - I don't know.

I think you make a lot of assumption in your post. Yes, God could be all of those things you mention, and so much more. But that doesn't mean we should believe it.

However, when it comes to specific Gods, as those described in various religious texts, I think most of them can be categorically disproved.

Even if God does exist, I don't see how we would have any way of knowing what he wants from us. So even though I don't generally mind people practicing their faith, I do take offense when some people claim to know what the truth about their religion, or any religion for that matter, might be.

It will always remain a personal matter.

members who are completely convinced of the nonexistence of God trying to push their beliefs on those who hold opposing views.

Most ironic statement of the year.

I find it illogical and ignorant to claim that God does not exist.

How? First of all, it's not illogical. What's illogical is coming to the conclusion that something exists with no evidence, and the fact that there is no evidence means that it can't be ignorant to claim that there is no god. Is it ignorant or illogical to claim that the flying spaghetti monster doesn't exist? Unicorns? Leprechauns? How about a conciousness that exists outside of time and space that no one has ever seen nor heard from?

If you want a respectful discussion about God, don't start off with that BS.

What you're proposing is grievously nonsensical and logically impossible. Relative only in the sense that we each understand Him through a glass darkly, through the lens of our finite experience ... but that is all. It has no bearing on what or who God actually is, only of our understanding of Him.

I guess it goes without saying...you'll fit right in.

One question, cause I missed what it is that you like to do on ATS.

Are you gonna troll the religious fundamental ideas, or are you gonna add your own ideas to the soup... Maybe even create a way to fuse ideas into new ideas.

I'd love that ! Especially if results gets people together and communicating.

He doesn't sound relative to me. He looks like His Son.

I tried an experiment once, I had a co-worker, self-proclaimed atheist,
I began calling God by a different name to make this co-worker more
at ease, I would call God "the universe". This co-worker who I sat next
to for 2 years began using the phrase! I would use the word "the universe"
to mean the combined intelligence of everything, if I lost at a poker game
I would say "the universe" wanted me to lose (bad example) but you get
the gist. Eventually this atheist magically became an agnostic, carrying
the belief that the universe knows he exists, knows him because the
universe knows everything! This is the knowledge of God, God knows
everything, He knows you. Call Him by this name or that, but He is not
relative, in my personal experience, having personally communicated with
the Creator of the universe, and the Creator of the universe personally
communicating with me back (immediately sometimes, usually delayed by
a few days or weeks or months or years, but sometimes within seconds after
talking with), the Creator can hear you in real time, He can, I've tested it,
I've had results, now you can take it or leave it, but I can only stand by
my personal first hand experience.
edit on 21-5-2013 by Zotor because: (no reason given)


Any chance you can record a future conversation ?

I wonder how our deity approaches us and what our place would be, in a conversation with two different individuals and the place we have in the big picture.

Maybe you can already enlighten the last part. As you communicate with Him.
If you like to share. Please do ?

Personal experience or not. There are more people that say they talk to God. Interesting I think as we all a have a different few of Him as we have all learned from people that formed our way of believe and how we do it.


How do you know that your not just hearing voices?

By the way, I don't understand the point of your story. But you should know that there are people who grow up atheist and who are just as ignorant of the reason why they ended up in that box, as the Christians who do the same thing.
If your friend understood the concepts of atheism, he should have been just as skeptical about you talking about the universe as a cognitive entity, as he would have been when you spoke of God.

posted on May, 21 2013 @ 06:26 AM
link
Yeah... hi... Not many people on here manage to polarize my views about them as fast as yourself, especially as an introduction no less! I normally give people a good chance. But wow! If it's all ok with you, I want you to have a happy god loving life my friend but just don........

Actually, I'm just going to bite my tongue and say hi rather than bump heads
.
edit on 21-5-2013 by Qumulys because: (no reason given)


Well... I usually only have faith in people or ideas, that have good chance to work out.

Does is mean I have faith the same way I gamble ? Hmm... 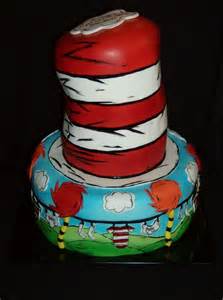 Faith in yourself, faith in each other and faith that there is a "higher" power.


Again, no. Faith is having confidence or trust in a person or thing. There doesn't need to be any higher power involved.


True, faith and hope are almost the same thing, and when things look hopeless, people sometimes find it hard to find time for love. However, this does not mean that one has to have faith in the supernatural, in any religion, higher powers or any such thing. It simply means that one needs to hope that things can get better.
There is no guarantee that they will get better, but usually there is a possibility that they could.


When you lack conviction to something, what is the outcome??


Usually people give up in advance if they lack conviction. But that doesn't mean that people should hope for things that are completely implausible. This might be just as paralyzing to peoples personal development, as it might be productive. Cause sometimes people just have to much faith - and yes, there is such a thing.
(see people who try to pray sickness away)

This applies to everyday life and events, not just the religious end of things.
Faith is needed to find the truth, without it there is no purpose for searching.


Sure, faith is important for a lot of things to work. But it doesn't mean that people should just believe in anything.
edit on 06/06/12 by Mads1987 because: (no reason given)

Hi GIR, and welcome to the Introductions Forum, a place to say hello to the ATS community.

The Introduction Forum is for introductions To tell something about you;]not to start a thread about a topic.“Intro threads” that are really “topic threads” will be removed.
Please Review, Welcome to ATS, it’s time to introduce yourself.