posted on May, 21 2013 @ 03:06 AM
link
I cannot believe this is an actual proposal by North Carolina representatives:

The proposal, which the Raleigh News & Observer reports was unanimously approved by the state’s Senate Commerce Committee on Thursday, would apply to all car manufacturers, but the intended target is clear. It’s aimed at Tesla, the only U.S. automaker whose business model relies on selling cars directly to consumers, rather than through a network of third-party dealerships.

The bill is being pushed by the North Carolina Automobile Dealers Association, a trade group representing the state’s franchised dealerships. Its sponsor is state Sen. Tom Apodaca, a Republican from Henderson, who has said the goal is to prevent unfair competition between manufacturers and dealers. What makes it “unfair competition” as opposed to plain-old “competition”—something Republicans are typically inclined to favor—is not entirely clear.

Unfair? What happened to the free market? No seriously? Look. If you don't like hybrid or electric cars, fine. If you think it's a waste, fine, don't buy one, simple solution. Let them speak for themselves in the market. Frankly I find Hummers to be an absolute waste of money and space, but you won't find people like me proposing we ban the things. Imagine these politicians were proposing we ban hummers because they were uneconomical and a waste space?? People would be outraged. As for preserving the jobs of the middle men in the car industry, let the industry decide, let the customers decide, is this not the free market solution?


Doesn't anyone care about the car dealers? Those poor, yet pride and patriot dealers would LIKE and WANT to sell those Teslas, too!

No, seriously, this is a lobbyists-job. Nothing else. Shameful.

posted on May, 21 2013 @ 03:29 AM
link
Looks like this is aimed more at protecting NC dealerships from competition from out of state & online dealerships than Tesla. From what I understand looking at the bill, nothing at all would prevent or interfere with Tesla opening a small dealership in NC and selling them from that business. I just see this and think Tesla is the easy target but the internet is the much more likely bullseye.

Further proof that we Mods are just humans afterall.
edit on 21-5-2013 by burdman30ott6 because: (no reason given)

posted on May, 21 2013 @ 03:41 AM
link
If your products suck so bad or are so overpriced that you have to pass laws just to stay in business, you deserve to go bankrupt. Nuff said.

Bought and paid for!

posted on May, 21 2013 @ 04:45 AM
link
Hell, it was the regulations that let the car manufacturers get so big they were "too big to fail" and had to be bailed out by American taxpayers... Now they are going to meddle in the industry more?

As other's have said, let the market decide. The auto companies in the US have only recently learned how to build decent cars once again (after a 25 year hiatus), if they want to corporatize the delivery to customers... It's the govs fault for letting them walk all over the place.

If Toyota, or foreign dealers, decide they only want corporate owned delivery, it still means they need dealerships and sales agents. All of which are going to need paid workers to man and operate.

And heck, aren't most dealerships damn near corporate as it is?


After rereading the OP source and a post in thread by a member (suggesting it's just to protect NC car dealers from out of state...) I am seeing it more like the OP to be honest.

Yes, it will protect dealers from online dealers out of state, but, it really affects Tesla first and foremost. The thing is, is these laws seem to be on the books in a few places. And they are directed at all the auto manufacturers. Probably because of the competition in the past, and of course, when dealerships were normal but with technology etc, the possibility to corporatize the sales channels, probably led to any laws standing. And if this part is true:

In its current form, North Carolina’s bill would be the harshest of a handful of anti-Tesla regulations around the country. In Texas, the company is fighting a law under which the employees of its “showroom” in Austin are not allowed to sell any vehicles, offer test drives, or even tell customers how much the car costs. But at least Texas still lets people buy the car online, which North Carolina’s law would prohibit.

It seems Tesla is getting nailed in other states as well.

Here's the thing though. All Apple stores are corporate. Yep! Remember asking someone who worked there about their figures. A single mall location was pulling in 30 mil a year. I was like "Woah, that franchise owner is killing it!" But that's where he schooled me, and informed that all Apple stores are corporate. Which is funny actually, because if you purchase through online, they are a different corporation than instore. Try buying something in store that is ordered through 'corporate', you can't even pay them in store. It is such a dumb bureaucracy.

Anyway, it may not be so much that Tesla is getting "Singled out", I mean, they are. But, consider that all the other car companies are dumping their vehicles at cut rate prices (in their minds) simply to keep their dealerships in business. From their perspective, it's an unfair advantage. But you and I both know they want Tesla gone if they can have it.

I am actually happy about this though. Because here have a form of "suppression" that everyone is always claiming, blaming or accusing of in the new/alternative energy industry.

It's not as cut and dry as it looks. 1, the auto dealers and the paid-in-pocket-politicians have a very valid point. Should the law be being thrown at Tesla though, or for it? In my opinion, it should be protecting Tesla. They have been operating at losses since the company was founded.

This year marks an extremely successful one for them though. Their cars are gaining wider popularity. They are more desirable than BMWs, Porsches, and the equivalents. And with good reason, have you seen the specs??


So here is the predicament. Tesla has been on the brink of failure. They have done an amazing job of fixing their problems and even bringing a new model to market while suffering some major setbacks.

Once they are profitable, there is no reason for them not to have dealerships like the rest of the auto giants. That is however, if their business model can hold up. Lets hope it does! I really love these cars. In fact, I might start really considering to buy one myself.

I initially wanted one during their launch, seeing the problems with them though I was totally bummed out, and my want turned to 'do not want'.

In any case, this all is up to Tesla, to either play by the rules everyone else is, OR, for people and the gov to reset the standard, and let the market decide how people want their cars. (Quite possibly, this will mean... How the CORPORATIONS want you, to want your cars.)

Let's be real here, if the corps are not selling direct as it is, this may come down to every corporation selling their car direct to consumer. vs, only Tesla and the rest not, vs Tesla et al, all have middle men.

I really hate Apple, their stores, and their service. The place is like a god damned lounge for hipsters and preteens. I just wanna buy a damn computer and it's like I'm walking through a 'showroom only' or it may as well be a wax museum.

I can see the point of the auto makers, and the bribed concerned politicians. Although, I'm rooting for Tesla.

But, this is what you have fellas, this is your evil suppression!

Yeah I know, so the entire workforce of Tesla wasn't wiped out with cyanide like you were all hoping, (so you could weld new metal hats to your heads...) but yeah, evil-spooky-ooky suppression...


I might add that Tesla makes some really beautiful and cool cars. 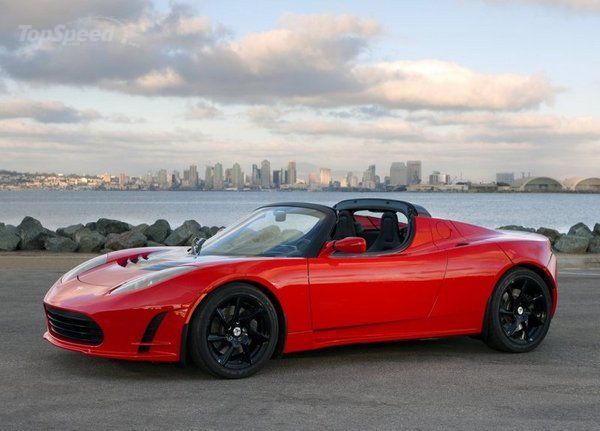 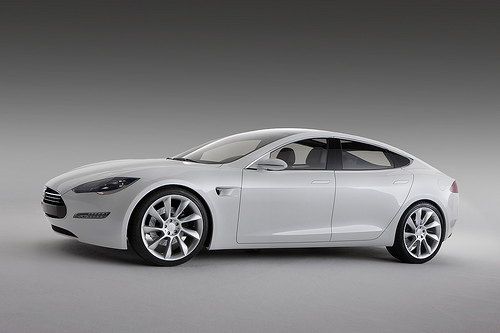 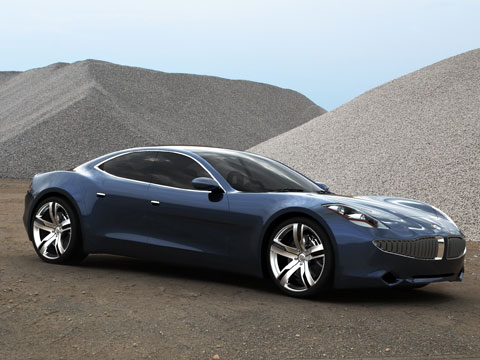 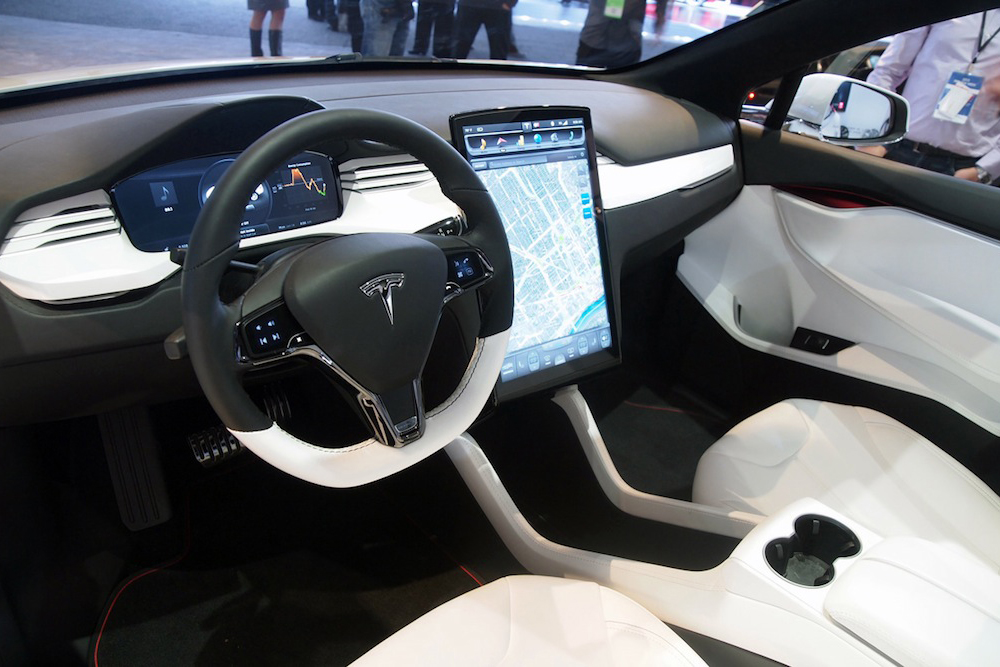 This documentary shows how the Tesla factory works. Very interesting. A rather different concept compared to most other car manufacturers.


If all the other car companies have to sell through dealerships, they have a point complaining. Even if I don't really care, or think that Tesla has an unfair advantage (Its a relatively new start up for hecks sakes.) you can't say this is totally unfair.

The motion though, should be to wipe all the rules entirely. Let the corporations decide how they want to sell it. But then you have the dealership associations going nuts, so that aint gonna happen.

But it happens in other industries, so I'm not sure how you can say, sorry guys, cars not allowed like that...


I think it is totally bonkers.
As you say, wipe the rules instead. It should be up to the company to decide how to sell their cars.

I do love big petrol and diesel engines and I do not believe in the global warming s**t, but I do also like the concept of Tesla and I think they have a really good thing going on.
Let them do what they want.


What happened to the free market?

Where have you been for decades???

We have government-funded Corporatism in the US, not free market Capitalism.

posted on May, 21 2013 @ 09:28 AM
link
The American consumer is alreadu owned.
Theres obviously no room for inovation or invention.
They will freeze the company out if they can....
The goverment is already in the hands of your owners.


I believe you are mistaken about the GOP being for free markets. Research for yourself. A vast majority of economically motivated legislation is backed by one or more corporations and designed to improve the enterprise bottom line at the expense of other corporations and/or the taxpayers. Essentially predatory behavior.

The Democrats are more or less the same, they just give away more and have a different narrative to offer.


Originally posted by boncho
If all the other car companies have to sell through dealerships, they have a point complaining.

Before this law other car companies had a choice, correct me if I'm wrong. Don't you find it alittle disturbing that government officials and forcing private businesses to sell through middle men? Why are you supporting this government interference? If somebody wants to run a business and sell direct to the consumers and consumers want this or want the choice who are you to interfere?

But then you have the dealership associations going nuts,

Well then they outta put their free market ideals where their mouths are. If these dealerships aren't attracting much customers that's not the governments fault.