page: 1
38
<<   2  3 >>
log in
join
share:
Jasonlreeve
+17 more
posted on May, 19 2013 @ 12:20 PM
link
TRENTON, NJ -- During a Senate hearing on upcoming authoritarian gun control bills, James Kaleda took his turn at the podium and made a statement. He described how the laws would be ineffective at keeping people safe, as they only restrict law-abiding citizens, not criminals. He is ejected by Committee Chair Senator Norcross, at the hands of NJ State Troopers. Later the senator refuses to take questions from his citizens so the crowd put him in his place.

This took place at the NJ Senate gun control hearings in Trenton on April 30, 2013.

Things like this make me really mad, remember Government works for us not the other way round.
edit on 19-5-2013 by Jasonlreeve because: Missed Spelling


to little to late

note how the will of these citizens is disregarded
it's all just a charade
and armed thugs stand ready if you do anything that points that out.

waiting for november is meaningless
when they should not have paid taxes in april.


According to other comments elsewhere, it is this bill here...
S2723


So if I understand this correctly, a senator who sponsors a bill can then be put in charge of throwing out anybody who speaks against it during public meetings?

posted on May, 19 2013 @ 01:26 PM
link
The time for civil disobedience is drawing to an end. The police do not support the people. They have chosen their side. It is time for those officers who do support the people and the Constitution to resign their positions. This will make the lines much more clear when the time comes.

A flag and a star for you.

I don't happen to like guns, but I do understand the importance of people owning them. If the criminals think that law abiding citizens have had gun ownership rights taken away from them, then they will have a field day. I would think any intelligent person would see this. So therefore, I can only assume that this man is either unintelligent or a criminal, who is trying desperately to disarm us. Either way he should not be in his position.


I am a British Citizen and I am watching what is going on in the USA with a growing unease.
Its like the U.S Puppet Government are trying to push the American people into a corner so they will snap and fight back, giving them the excuse to implement their Nazi/Communist Style state, or even push them as far as to start a Civil War so the UN can wade in and take over.

Either way it looks like a death of a thousand cuts for America on every front.
Its all still very confusing for us all to understand I think. So much happening all the time, so many lies and so much corruption.

I love my American Cousins I really do, I have always envied your freedom and your right to bare arms but I will say this, Please don't shed blood to take your Government back. Be disobedient, but don't shed blood.

That was disturbing. When I saw them all stand up and looked over to see his reaction, he just sat there.

S&F OP! Thanks for sharing!

I have a few choice words for the elitist stooge Senator Norcross but I’ll refrain.

Many of us have your back, JAMES!!


I wonder where he gets it from? 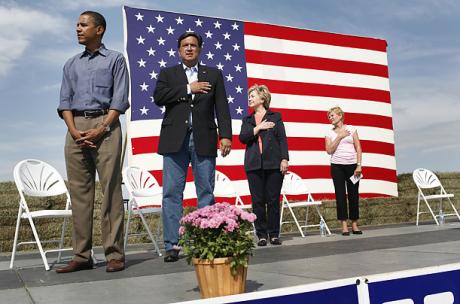 
"Be disobedient, but don't shed blood"

Lol, you don't know Americans very well do you?

"Freedom is paid for in the blood of tyrants, and patriots."

How can you disobey anyone who does what YOU tell them?

The people can no more disobey the government, than an adult can disobey their child.

The government will do as instructed by the people, or there will be blood shed. There is no middle ground on this issue.

They don't want to force the peoples hand, WE THE PEOPLE OF THE UNITED STATES OF AMERICA, are and always have been I very dangerous friend to cross.

We already know we can shut this mofo down overnight, think back to LA, and certain police getting away with vicious violence without punishment.

That was 1 city, it can be 1 state or 1 country if they really want it to be.

I LOL at the prospect of foreign troops trying to do anything but die on American streets, it would be the biggest nonstarter in the history of mankind.

posted on May, 19 2013 @ 03:22 PM
link
I agree with another post.... that the American public are being pushed to fight by our very own government so that they can in turn implement their new draconian "no privacy whatsoever laws", and use their new smart rifles/drones on us and our children. They will show no mercy and then say that they had no choice. Most likely they will win too.

Decades from now no one in America will have any idea of what it means to have freedom.


I enjoyed seeing the people stand up to recite The Pledge Of Allegiance which was once considered a proud expression of loyalty to the very best country in existence. But sadly now is considered by many an annoyance or as the Liberals have stated "brainwashing material". Sad really.

posted on May, 19 2013 @ 06:25 PM
link
Apparently the government wants war. They refuse to uphold the Constitution and more and more it is becoming obvious the they think we are their subjects rather than them being our employees. They work for us, the sovereign, the people.

posted on May, 19 2013 @ 07:50 PM
link
I don't care if it's a gun debate or just talking about a new road, when citizens show up to voice their opinions to THEIR EMPLOYEES, then they should listen, and to say you're out of order when someone disagrees with you!

I saw no one get out of order! MAN,I can't begin to explain how ticked off that made me.

So glad I wasn't there I would have been out of order, really OUT OF ORDER!

posted on May, 19 2013 @ 08:00 PM
link
Something very similar happened here in Australia...
It wasn't about Gun Control, but the fact that Local Councils aren't recognized in our Constitution and therefor have no legal right to create fees or tax the people.


The government will do as instructed by the people, or there will be blood shed. There is no middle ground on this issue.

So, I guess electing representatives who WILL do as instructed by the people is out of line for you huh?

It's psychopathic comments like this that make people want more gun control. We have a great mechanism in this country for dealing with representatives of the people who do not listen to their constituency. It's called the US Constitution, and it includes far more than just the 2nd Amendment.

But no, to you it's either "Do what I say or we will kill"

Who's the real tyrants here?


Sorry for the delayed response but I am working 3rd shift now, and worked all weekend.

Um, I am sure that those in the room were voters, and they were obviously against the tyranical use of police against the people, in which a citizen did nothing more than disagree and was found to be out of order, and the police were used to trample his right to speak his mind, and address his grievences to the body politic, which chose tryrany over letting the man have his say.

Your an idiot if you don't see the difference.

posted on May, 20 2013 @ 10:05 AM
link
I don't participate in the pledge, haven't since I was in Junior High. I will stand up though, as a sign of respect to those that fought and died for the good of the people and their country. Still, can't support what this country has become and/or is becoming.

posted on May, 20 2013 @ 02:38 PM
link
I'm trying to give this traitor the benefit of the doubt. Why did he cut the mans speech short? Did he say the man was yelling? Did I hear that right? The speaker was making good points in a civil tone and got silenced. Am I missing something? I must be. How could the police officer enforce this garbage?