posted on May, 19 2013 @ 10:02 AM
link
I'm undecided as to where to post this -scientific, economic, philosophical- subject, the philosophy forum might be apropriate.
The search function didn't help me find previous similar threads, but then again, it seldom helps me these days.

I first read about this study last week in my mothertongue. I didn't see it pop up around here yet, so I might as well share it. The research article Morals and Markets by economists Falk and Szech was published last week in Science.

In the experiment, subjects decide between either saving the life of a mouse or receiving money. We compare individual decisions to those made in a bilateral and a multilateral market. In both markets, the willingness to kill the mouse is substantially higher than in individual decisions. Furthermore, in the multilateral market, prices for life deteriorate tremendously. In contrast, for morally neutral consumption choices, differences between institutions are small.


Too bad the full publication is not freely available, but some other sources rehash the info:

Many people express objections against child labor, exploitation of the workforce or meat production involving cruelty against animals. At the same time, however, people ignore their own moral standards when acting as market participants, searching for the cheapest electronics, fashion or food. Thus, markets reduce moral concerns.
This is the main result of an experiment conducted by economists from the Universities of Bonn and Bamberg.

"To study immoral outcomes, we studied whether people are willing to harm a third party in exchange to receiving money.

The results of this experiment aren't surprising really, but it's nice to see a study confirm what common sense should already tell us.


This video is unrelated to the article in the Opening post.

He talks about paying students for grades,
or to read.

posted on May, 19 2013 @ 10:14 AM
link
This thread actually has a good base. If people learned to practice what they preached than the world would be different. Turning the blind eye to things that interfere with your way of life is what we all seem to do. I wonder where this all started? It was probably thousands of years ago.

I see people who rip off people by talking them into buying what they do not need cutting down people who steal things. Both practices are rarely justifiable. I also see people lying to others about things just to make a sale. This is common practice around the world. Where is honesty? What happened to the morals of people to tell the truth.

posted on May, 19 2013 @ 10:39 AM
link
One only needs to observe the idiocy of Americans during Black Friday to know that morals, for the vast majority, go right out the window when it comes to getting a fantastic deal on a flat screen TV or an Xbox. People getting trampled to death, and others leaping over fallen shoppers so they can get theirs, have become commonplace.

Studies might work for dry academia, but for most of us, it's common sense, and real-life observations.

One of the most important things to know about the psychology of people is, you never know the true character of a person until there is money involved. Just ask anybody who's family has been involved in a will being contested, or participants of an ugly divorce when there is a fight over the division of property.

posted on May, 19 2013 @ 11:08 AM
link
reply to post by mikegrouchy
I have to watch your video later, but I already suspect the relation to the OP. Thanks.


reply to post by rickymouse
As to where this all started: I tend to think at the point in time where a money-based market took over from product trade. Or at least, then when money became more important than the product.
But I might be wrong.


reply to post by FissionSurplus
I agree with your observations.
However: I won't go so far as to say it's the true character of people, rather that money changes/corrupts peoples true character.
Yes, I still believe in people.

posted on May, 19 2013 @ 11:43 AM
link
I think money, just like any other vice (drugs, religion, booze, food, ect) doesn't corrupt a person but actually REVEALS them. If money can corrupt a moral person then I argue that the person wasn't moral to begin with but simply found his/her vice.

A truly moral person wouldn't/couldn't be swayed into immoral behavior with money or anything else. So I don't think "markets" corrupt but that a market reflects a populous. If you have a corrupt market it is because that market is made up of corrupt people.

I believe that there are some good people but unfortunately they are vastly outnumbered. Another poster in this thread mentioned Black Friday, is it the stores fault for offering cheap crap or the people for trampling their fellow human beings for said cheap crap. I have never been to a store on the day after Thanksgiving and wouldn't regardless of any deal. Nothing could possibly be worth that nightmare.

So markets are simply choices people make daily. Some good, most are bad decisions made by bad people creating a bad market. 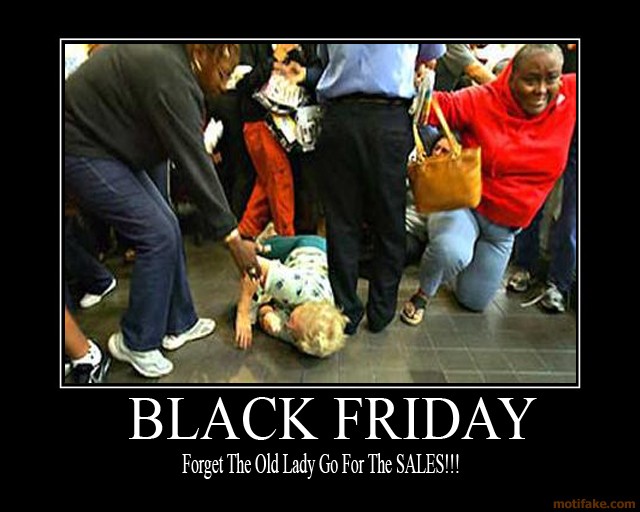 Some people do have morals,
even in the middle of a feeding frenzy.

posted on May, 20 2013 @ 12:03 AM
link
Congratulations to the OP for finding and posting this. Even Adam Smith understood that morality and the free market are mutual antagonists, but it's good to see an experiment that makes it clear. It might be a good idea, though, to modify the experiment to present subjects with other potential breaches of morality besides the killing of a mouse. Some people don't think killing mice is particularly immoral.

I think money, just like any other vice (drugs, religion, booze, food, ect) doesn't corrupt a person but actually REVEALS them. If money can corrupt a moral person then I argue that the person wasn't moral to begin with but simply found his/her vice.


This implies that morality is something quantifiable – that every person has a fixed amount of it, applicable to all situations and conditions, which determines whether he or she should be described as 'moral' or otherwise. Nothing could be farther from the truth.

Nobody's behaviour is consistent all the time. Every situation we face in life has an ethical dimension, which needs to be thought through carefully in order to determine what the correct ethical response should be. The correct response is based on broad principles (such as 'love your neighbour' or 'cause no intentional harm to a fellow-being') rather than narrowly-defined rules like 'thou shalt not commit adultery' or 'thou shalt not kill'. People who believe morality is a set of rules often behave most wickedly when they think they are being most moral. Indeed, this is exactly how moral principles are sometimes used to justify crimes and atrocities.

A truly moral person wouldn't/couldn't be swayed into immoral behavior with money or anything else.


I consider myself a pretty moral person, according to my lights. I know, for example, that at age 55 I am less susceptible than most to the temptations of money, sex and status. And my ethical standards are high. For all that, there have been many occasions when I acted against my own standards, did wrong according to my own lights. I am sure the same is true of you. It is true of the whole breathing world.

Another poster in this thread mentioned Black Friday, is it the stores fault for offering cheap crap or the people for trampling their fellow human beings for said cheap crap?


We are each responsible for our own behaviour. If bargain-crazed Americans trample their fellows in the rush for the discount bin, it is they who should be censured and perhaps punished for it. But it is idle to imagine, as the above implies, that the merchants who offer 'cheap crap' can be absolved from blame. Don't they know what's going to happen when the store opens for business? Of course they do. They knowingly create the conditions that allow it to happen, heedless of the fact that people are likely to be hurt, even maimed or killed, just so that they can turn a profit. Are you seriously arguing that there is no immorality in this?


No, morals are simply choices people make daily. Markets should be structured in ways that help them make the right choices, even if some profit has to be sacrificed to ensure this.

edit on 20/5/13 by Astyanax because: some light editing was needed.

posted on May, 21 2013 @ 11:29 PM
link
Personally, I think that the average person simply cannot comprehend how money really works - to solve money to "zero" you would have differing balances on a master account - how much money you "have" and how much money you "owe" as totally different figures - where loan repayments are managed by a master trust.

posted on May, 27 2013 @ 09:50 PM
link
I'm very disappointed to see that this thread has stalled. The proposition that markets erode moral values is a very interesting one and surely worth an argument. Where are all the defenders of laissez-faire capitalism, libertarianism, etc.? Why aren't they here, hotly disagreeing with the OP? Why aren't all the ATS Socialists and New Agers here, insisting the OP is right?

Has the intellectual level on ATS fallen so far that nobody is interested in discussing anything any longer but tabloid nonsense and their own paranoia and bigotry?

I submit that subjecting a populace to a market economy degenerates their morals over time, and that's why individuals show immoral behavior. The commoditization of everything combined with the the impersonalization of industrial society and unnaturally high population density destroys human decency.