Russia’s counterintelligence agency has detained a CIA agent in Moscow trying to recruit an officer of the Russian secret service, the Federal Security Service (FSB) announced. The agent was operating under guise of career diplomat.

The FSB Public Relations Center has announced that the person detained is Ryan Christopher Fogle, the third secretary of the Political Section of the American embassy in Moscow.

The agency stressed that Christopher had special technical equipment, printed instructions for the Russian citizen being recruited, a large sum of money and means to change the person’s appearance.

Normally they do that at home or at the very least neutral territory.

Maybe that CIA guy was being punked by his suppositories ermmm... I mean superiors.

Originally posted by nobeattles
That is really sloppy.

Normally they do that at home or at the very least neutral territory.

Maybe that CIA guy was being punked by his suppositories ermmm... I mean superiors.


It's all standard. Nearly every "career diplomat" is a spy. Or is passing information back somehow. In some cases, they are in friendly countries and the guise is straight forward. They have active meetings working with allies without all the stupid pretences.

In this case, I'm surprised the Russians didn't load them with faulty/bunk information (to which I thought was standard practice as well) and collect US dollars in the interim.

Seems to me, since the diplomat had "technological equipment" his mission was pretty cut & dry. And there was no way to play them out as chumps. Given that the equipment and it's intents and purposes was probably very linear. In any case, SUCKS to be him.

posted on May, 14 2013 @ 06:46 AM
link
This is fascinating! I wonder if this is something we would even be aware of, were it not for RT. This news source has slowly moved to the fore, and I'm left wondering...

Can we take it as seriously as we might take MSN, or CNN? If so, we could probably disregard it. I need more coffee before expounding upon this.


It just came on Good Morning America so its getting covered. In fact MSM works well to get them free with certain countries. Kinda like that hot Russian a few years back. "Awe ok you caught us, we were just, um, what is that word, ah tease you. You can let go now, ok?"

posted on May, 14 2013 @ 06:59 AM
link
You would think US Spies could afford better wigs, maybe some black opps money should be spent on wig technology. 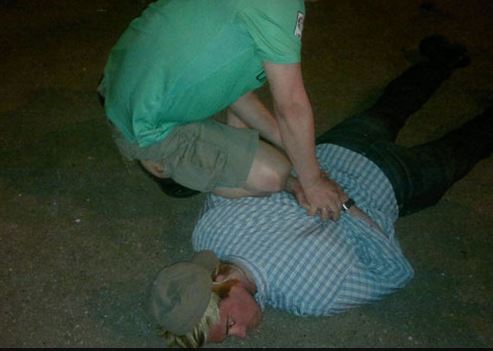 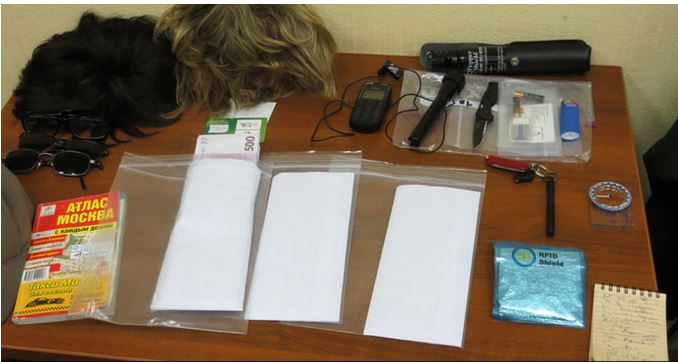 If so, will the Americans complain about it?

Originally posted by lambchop
You would think US Spies could afford better wigs, maybe some black opps money should be spent on wig technology.

posted on May, 14 2013 @ 10:11 AM
link
There was an 18A who used to work diplomatic detail in Moscow, his cover was some sort of clerk, he'd wander through Moscow meeting with various dissidents. Finally got caught and PNGd. Now he works for Blue Origin as a sales guy.


I was about to start a Thread on who this guy actually looks like:

Think back to the Theatre Shooting in February.

Originally posted by lambchop
You would think US Spies could afford better wigs, maybe some black opps money should be spent on wig technology.


The RFID shield is for blocking RFID chips in phones and credit cards, mostly for keeping hackers from finding and tracking the technology that is designed to leave a trail.

Those are some of the stupidest props I've ever seen that call for evidence of spying. A kubotan and a Swiss Army knife? That other knife is pathetic too, mostly on the premise that it stands out as abnormal when this man is supposed to be invisible. That bic lighter better have a secret camera in it or I am not impressed. Those wigs better have fiber optic connections in them. I think all his movie props were what outed him to the psychic detectives of Moscow. Don't mess with them; they can see people coming as good as the USA can.

This spy is a rich man playing spy.

One would think that the spy stuff isn't going to be so obvious. I'm talking about microphones that hide in the mouth, a metal pen that can really hurt someone, maybe some sort of recording device in a shoe (that stuff has been around for decades).

Maybe it's bogus news designed to insult someone.


he is also carrying a compass, I would like to think spies would have a more high tech way of getting around. His equipment looks suspicious. Maybe he wanted to get caught, or was set up.
Maybe I have watched to many Bond movies...


Was everyone in this administration educated in the Chicago public school system? I've never seen such stupid criminals ever!