Government Ufo disclosure of Hostile Aliens what would be your reaction


wake up ET is not your space brother.
he will more than likely want to eat you.


I would probably try to go and meet the aliens,as whatever the government says is usually all backwards...
If the gov said they were evil,it probably means they are benevolent,and wish to share knowlege/energy which the governmnets of world are all about surpressing for their own gain IMO.

Would be my thoughts

But a good question and thread otherwise.


Yeah sure boncho, we all see through the veil that you attempt to cover with

The totality of our horrid existence on this planet all resides between our legs. Sad thought really.

Only when its not in use


Me: Honey, get the guns, doesn't look like I'm going to work today.

Me: LOCK AND LOAD WOMAN! GET TO IT!

Wifey: *Slaps Forehead* "Dear me, Rambo's at it again"

Thread~ How was that?

posted on May, 14 2013 @ 01:09 PM
link
Well from that point forward every single meal would contain bacon. I would start with the 12 year old Glenlevit and work my way up to the 25 year old Glenlevit I've been saving. Oh and Visa is going to be VERY disappointed at the end of the month.


where di i sign up for the mobile infantry ?

posted on May, 14 2013 @ 03:59 PM
link
All skeptics and debunkers should be issued with a pocket knife and can of beans an sent to the front lines as as the sacrifical lambs.

Originally posted by AthlonSavage
All skeptics and debunkers should be issued with a pocket knife and can of beans an sent to the front lines as as the sacrifical lambs.

No, all believers should as those would be mentally better prepared where people who used ridicule to make themselves believe we are all alone would probably have difficulty firing. Who knows, some of the benevolent civilizations would change and get involved once other ET civilizations mess with their contacts on Earth. Don't let the naysayers get you to say bad things, some people are interested in the subject, some are not and don't even want to know.

The only solution I can come up with right now is to poison them through what they eat or breath. Even if this poison kills a portion of us. We would have everything to lose anyways. Worst case we could take them with us.

If someone was still in authority they could make it an honorable decree that if you are taken you should poison yourself. Eventually when they see that we would rather die than become their food or labor force they'll move on.

To beat them you have to take away what they came for in the first place.
edit on 14-5-2013 by TheLieWeLive because: there, their, they're, thar

The smart ones that didn't try to fight and welcomed it would be taken to a beautiful world.

Originally posted by extraterrestrialentity
We think we can beat them and we get zapped to nothingness.

The smart ones that didn't try to fight and welcomed it would be taken to a beautiful world.

Or...you get put inside a sleep chamber and fed intravenously while being induced into never ending dreams/nightmares. Your blood is also being drained while this is happening and your dreams are being hijacked by alien junkies feeding of the serotonin and adrenalin produced by you in your dream states.
Ok i watch too many movies lol


Truth is if they can get here, there technology is better than ours, probably have large armouries as well, we may have next gen tech hidden away here on earth and to spool up industry to begin equipping mankind with technology that will be effective against them will take months.

Probably will be too late by then, best to just keep your head down, pray they decapitate government worldwide and destroy the current system entirely.
The current system with it's recidivist attitude towards humanity and the technology releases that would benefit it immensely, are founded upon greed and intolerance, this will be their own undoing.
so, aquiesce and learn to live with them whilst learning who and what they are and then begin fighting back when you understand how to hurt them.

Originally posted by hounddoghowlie
reply to post by Mads1987


wake up ET is not your space brother.
he will more than likely want to eat you.

I don't think ETs would necessarily care much about me or anyone else on earth for that matter. But I don't think we have anything at all they would possibly want either.
Why would they want to eat me?

We can't travel between stars yet, but we can synthesize meat from animal stem-cells. So I would assume that any race capable of traveling between stars would have the same abilities, and hence have no need to feast on me.

posted on May, 16 2013 @ 11:44 AM
link
the government making a blanket statement like that would mean humanity is going to completely reorient itself.

the whole planet would be effectively 'conscripted' into some kind of response force. 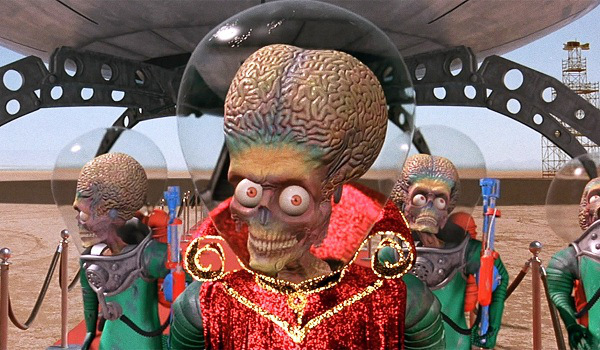 posted on May, 17 2013 @ 03:08 AM
link
It would be a war of our minds. Tech will get you so far and then it would be realized that its a waste of resources. If we assume the aliens have advanced tech it would not be too hard to surmise they have a good grasp on mind control and programming. Make an imaginary battle happen pitting the species against each other until the results are satisfactory. I mean this probably isn't going to be no "hulk smash" type sh1t. If you think of all the possible things we can be used for other than food, its not hard to see why we are being manipulated like puppets. Congratulations we are probably the number one resource in the universe lol