As many as 12 people have been shot during a Mother's Day parade in the US city of New Orleans, police say.

Local media, quoting officials, said three of the victims are in a critical condition.

TV station WWL-TV said three suspects were believed to have been involved and were still at large. It is unclear what sparked the shooting.

The station said nine people were taken to the city's University Hospital, of whom eight had gunshot wounds and one was injured while escaping th

edit on 12-5-2013 by OneManArmy because: (no reason given)
edit on Sun May 12 2013 by DontTreadOnMe because: BAN threads MUST use the source title

posted on May, 12 2013 @ 04:41 PM
link
Anyone would think they were trying to get gun control or something. Oh wait a sec.....
This has all the makings of another "false flag" operation.
Yes I did say false flag, simply for the blinding obvious elephant in the room....the push for gun control.
Honestly I will have to hold out for more information before finalizing my opinion, but the nature of this is screaming at me "politically motivated"

Edit: Just for clarification, Im not saying this is a govt operation. But oh will it carry great leverage for the anti gun lobby.
edit on 12-5-2013 by OneManArmy because: (no reason given)


What exactly is it that is screaming false flag to you?

Have you received any details or information that no one else is privy to?
It was a shooting, they happen every day. This one happened to occur at a parade. Why does it have to be a false flag?

Have we gotten to the point where everything has to be a diabolical plot by the Govt. until proven otherwise.

Why does it have to be a false flag?

It wouldn't be as interesting otherwise..

A shooting where 12 were injured should peak enough interest, but change that to false flag and you have conspiracy gold...

NEW ORLEANS -- NOPD Superintendent Ronal Serpas says that at least 12 people were shot at a Mother's Day second-line parade in the 7th Ward.
The youngest victim in the shooting was 10 years old.
Police believe three suspects were involved. They were seen fleeing on Frenchmen toward Claiborne Avenue. One of the suspects is "a dark skinned male, 18 to 24 years old, short hair wearing a white shirt and blue jean shorts," Serpas said.
“We can tell you without doubt that this police department will find these guys," Serpas said. "We will find them, and we will bring them to custody and will make them pay for the crime they committed today.”
Police say there were 200 people at the corner where shots rang out, and 300 to 400 people at the second line in all.
EMS took nine people to University Hospital; eight were suffering from gunshot wounds, while another was injured in a fall while escaping the shooting. Three of those victims who were shot are in critical condition.
Serpas said it doesn't appear that anyone suffered life-threatening injuries.
“I think what frustrates all of us is the selfishness of some people, and I think what frustrates all of us is that the great culture of this city sometimes stumbles a bit because of the selfish behavior of some people,” Serpas said.
There were about 10 cops on the scene trying to control the second line when the shooting happened. There were reportedly two different guns involved.
There was a shooting nearby just last week at Frenchmen and Claiborne.

posted on May, 12 2013 @ 06:16 PM
link
Oh look, another "event" to cover up recent political issues. Now attention shall be shifted away from the Benghazi whistle blowers towards this.

Also imagine its a distraction for: Benghazi!!!!! I'm hoping for impeachment.


impeachment? I can think of at least 2 people that need to be tried for treason.


See, we could also take the other path, and say the OP is a disinfo agent, trying to plant seeds of mistrust and works for the firearm lobby.

Find a story that would give credence to the need for gun control, and spread out on the web trying desperately to turn it into some sort of government conspiracy so that people will ignore the issue and it would bolster the pro gun lobbies aims for less regulation.

That way pro gun control people who post the story as an example for the need for more firearm regulation will be instantly shot down cause (everyone knows that it was a "false flag op by da gubermint ter take away our gunz!)

We are at War here with the reptillians. And this is backfire to us disobeying them and going against the chains of confinement.

All hell has been set loose and the 4 horsemen will seek their crypts. In their tombs they will rise and sweep away all Unjustice from the land. 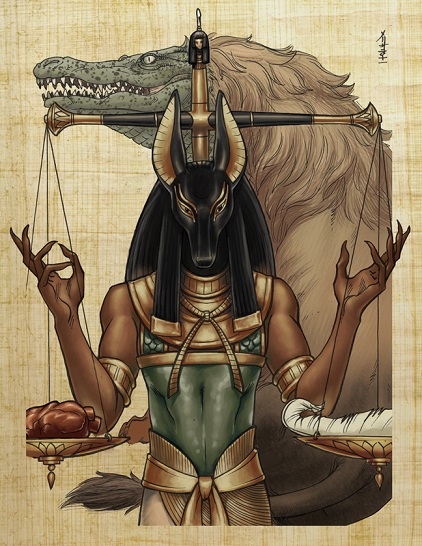 
At this point I don't believe any official stories anymore.

If there were legitimate deaths then it's extremely disheartening regardless of who is behind it (domestic government employees or just the bad guys).

All I have to say is it's kinda strange how none of these shootings happen at gun shows or the Texas Rodeo.

I'm sure Diane Frankenfeinstein will still shamefully exploit this for political purposes.


They've already lost. They've already, as in No Time, been sentenced, or rather another way putting this, had to rework alot of their soul stuff, and everyone is already out the other side. I have been reminded of this. So the best thing to do is, Love them and ask them to stop being zero's and try to turn their lives around as hero's serving the people. They are the prodigal son.

We win by every path there is.

Everything wakes us up and causes a yearning for a better world and thought creates.

I think we need to envision and pray and see, yearn for, no more disasters ever happening anywhere in the world and all people safe.


No kidding! I went there with my partner and barely made it down the highway. Even the drivers are nuts!

I was going 80 in slow lane and five different cars came up behind me blowing their horns and flashing lights like I was Granny Goodwrench.

As for the anti-gun lobby using this as some big deal? New Orleans would probably prefer it not have made the national news in the first place. In an Index of 1-100, 100 being safest for a city to live in? New Orleans ranks....11.

You gotta see this for yourself. I always knew the place was a bastion of crime and high risk just to enter the area. It was never a good place to see I had to go in the truck. I hadn't thought it was quite THIS bad though. It doesn't JUST exceed the national average for crime in all categories. It beats it with a multiplier!

Yeah.. I'm thinking New Orleans really doesn't want this to become the leading story for weeks or months to come. Whatever tourism they regained? Won't be very comfy about coming after reading...the rest of the story to the place.