Quantum physics has confirmed it - the universe is comprised of information: Holistic natural health

posted on May, 12 2013 @ 02:53 AM
link
Compliments to David Icke on presenting this
Quantum physics has confirmed it - the universe is comprised of information: Here's what it means.


'As quantum physics can now confirm, the universe we live in is not made up of solid objects but of energy and information. This discovery holds vast implications for understanding the nature of our world and in understanding the true source of vibrant health. It also means that it is possible to encapsulate all the concepts discussed in the world of holistic natural health into a single unified theory.


The article is interesting to say the very least, and since we live in a reality of information, I'd like to engage the variety of ATS perspectives on this concept.
edit on 12-5-2013 by nickendres because: (no reason given)

Quantum entanglement gives us proof of faster then light travel.
Einstein tells us matter is energy and energy is matter.
All things are relative, and therefore all things interchangeable...

There is infinity at each end of the spectrum, from smallest to largest...

...and I suddenly realize i shouldn't drink and post...carry on


well of course. I'v been trying to tell people this and wake them up to the reality of the 5th Element Darkness.

People need to wake up and stop worshipping the element fire.

It is only a glimpse of the energy held within the eternal flame which is within darkness.

Such energy has been condensed so violently and quickly with such force it reconverts anything of the 4 physical elemental states fire wind water and earth and crushes them into capulses of condensed potencial known as dark energy. Dark matter pools to form new elements of the lesser *dimensions* if people want to get into the whole *dimension* thing to really confuse people and make it almost impossible for them to understand you can throw a bunch of scientific literal terms at them to explain what i have just said and you may or may not fully agree in your own words but will spell it out word for word in someone elses.

Enjoy. The end times are here.
Any questions? All those people looking for Christ will neither find him nore believe him till its to late.

Matter by definition must contain both mass and volume, energy has neither.

Energy is defined simply by scientists as the capacity for doing work. Matter is the material (atoms and molecules) that constructs things on the Earth and in the Universe. Albert Einstein suggested early in this century that energy and matter are related to each other at the atomic level. Einstein theorized that it should be possible to convert matter into energy.

His theory was put into practice with the atomic bomb, a relatively small amount of matter converted into a huge amount of energy.

Mass-energy equivalence. The total internal energy 'E', of a body at rest, is equal to the product of its rest mass 'm'.

Does the inertia of an object depend upon its energy-content? Is the question Einstein answered with E=mc2.


Or you could explain that the force at which a sun collapses is so strong the recoil rips and strenches each individual atom apart and into its base components.

Now under normal circumstances. Say, an atomic bomb. Without the relative force holding it back and actively pulling it apart it becomes a transient chemical reaction.

BOOM. Where as black holes. Pull everything apart much to violently to allow such force to expand. Even then, a lot of our weapons rely in chemical reactions with Hydrogen and oxygen. Tho the theory is still sound and the same. If one were to create an explosion relative to the sun well. We would have a black hole. And depending on how big it is, it may or may not be stable.

I believe black holes would require sufficent energy conversion in order to survive. Ex, sucking in mass ammounts of star dust and planets would do the trick. Tho such a process would not exist would the collection of Mass and gravity reaching a critical point till it snaps.

Lucky for us we hardly have enough debris in our solar system being dragged into the sun. Realtive to what is needed for it to expand. We are pretty lucky for how our sun was created with its planets. It is extremely unnatural. And allows a planet peace for quite some time without any major cataclysms as well as spirituality when one takes into account the numbers and its reprisentations used throughout the cosmos of the milkyway within our known constellations.

posted on May, 12 2013 @ 04:31 AM
link
Wow, that is fascinating! So, there is something with those crystals after all...and also the Reiki, meditation, etc etc. I do think that more and more those things considered to be woo woo stuffs by conventional science will be proven as real deals. It seems that everything we know as real could be the total opposite...who knows?

the universe is comprised of information

I know that this news is going to be misconstrued. Science needs to quickly declare that this information is not to be confused with intelligence. Even dog poop is made of information, not intelligently designed.

Originally posted by fareast123
It seems that everything we know as real could be the total opposite...who knows?

Everything we know as real, is real. To us, anyway. But, have you ever noticed that the most seemingly illogical things usually end up being completely factual? I don't think we should classify things as "real" or "unreal", because isn't everything unreal until proven otherwise? Liiike the atom bomb (I had to say this because Einstein is my personal hero). It was not real until it was. Confusing, yes. But real, hahaha.

Originally posted by nickendres
Compliments to David Icke on presenting this 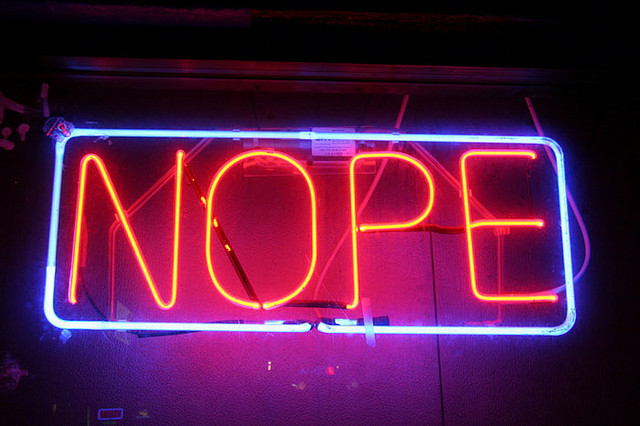 
Originally posted by fareast123
It seems that everything we know as real could be the total opposite...who knows?

Everything we know as real, is real. To us, anyway. But, have you ever noticed that the most seemingly illogical things usually end up being completely factual? I don't think we should classify things as "real" or "unreal", because isn't everything unreal until proven otherwise? Liiike the atom bomb (I had to say this because Einstein is my personal hero). It was not real until it was. Confusing, yes. But real, hahaha.

The terms 'real' and 'unreal' are relatively esoteric terms to the scientific community. For example, if I make an apple from paper mache and call it an apple some might say it's not 'real'. Scientifically though I would just be 'incorrect' calling it an apple. It is very much a 'real' object, it's just not an apple. If I were to not call it anything and have it analyzed scientifically it would not be categorized as a 'unreal' apple, it would be categorized as a paper mache object formed to resemble an apple.

"The Holistic Natural Theory of the Unified Cosmology Has been confirmed by the Quantum New Age Hocus Pocus Information of the Great Awakening of the Holistic Herbal Tea Experience... "

posted on May, 13 2013 @ 10:21 AM
link
What they are saying is true. Every piece of matter in the universe has a configuration or memory to it. Every crystal formed has a certain frequency, these frequencies fit together to form a network and even a gravity or repulsion. It is all about energy that is structured....this means it is information. All this stuff gives off an Aura which science is presently learning to read to tell what something is made of. All matter gives off this Aura even though we cannot see it. I refer to it as an Aura because I can not think of any other word that even remotely can portray this energy field around things as well as the word Aura can.

There is something that structures this, both repulsion and gravity, and I tend to believe that this can be referred to as god. God may not be what most people think it is. God is the word....the communication...the whole structure of the universe. A force of knowledge that we can tie into if we believe. This does not necessarily have to have anything to do with religion, it has to do with energy, frequencies, and awareness of a communication ability.

posted on May, 13 2013 @ 02:03 PM
link
I would just like to apologize to everyone for my post on this thread, haha. I posted it after I took a couple of benadryl to help me sleep so it turned out sounding quite ridiculous. It sounded much better in my mind last night.

Originally posted by qualm91
I would just like to apologize to everyone for my post on this thread, haha. I posted it after I took a couple of benadryl to help me sleep so it turned out sounding quite ridiculous. It sounded much better in my mind last night.

No need to apologize. I hope you didn't think my response was being critical as it was not intended to be.

I really only made the comment because of your reference to Einstein (also someone I have profound respect for), and as a clarification from a science perspective.


Oh, no, it's quite fine. I think when I posted it I was replaying a conversation I had with a very dear friend of mine about '___'. I'm not sure what prompted me to post it on this particular thread, though, haha.


This is an advertisement for a newsletter

Not that I disagree about the fact that information is the glue that hold everything that exists together. I just dislike the way that they yank it around and try to turn it into "proof" of a claim that's completely stupid.