posted on May, 6 2013 @ 07:26 PM
link
North Korea has had little media attention since Boston so has taken two Musudan missiles off launch-ready status and moved them from their position on the country's east coast, after weeks of concern that Pyongyang was poised for a test-launch.

What did I tell you people with woman like hysteria.... nothing will happen!

Now you have Syria to bleat about...and nothing will happen

But still the depressed, the mentally disturbed and the generally highly strung will post panic panic the end is high...!

posted on May, 6 2013 @ 07:31 PM
link
People should never have been concerned about North Korea stories, period.


With NK it was justified, IMO, they were threatening nuclear strikes. With a regime that are obviously not right in the head, you cant take chances, all you can do is prepare for every possible outcome.


Fear increases ratings for the news media. What ever news incident that can gather the public's attention, the media is quick to drop the ball and move on to the next fear inciting incident. Happy news doesn't increase ratings.

It's kind of funny to think how a lot of people were wrapped up about North Korea, and than the Boston bombing took place and North Korea just fell off the cliff. Little Kim was probably having temper tantrum because all the attention was taken off of him.

Originally posted by Ghost375
People should never have been concerned about North Korea stories, period.

Say that to the boy who cried wolf one to many times.

posted on May, 6 2013 @ 07:49 PM
link
This is what the media does to the feeble minded who don't know the underlying principles of each of the stories.
They're using dysfunctional math to try and work out their solutions which usually result in "IS THIS THE END? WW3 ROUND THE CORNER" type hysteria on every news piece

posted on May, 6 2013 @ 07:54 PM
link
worst thing to do is assume the enemy has surrendered,just a point...i,ll hedge my bets its not the end of it and will come back round again within 2 months....NK can,t help themselfs.


But still the depressed, the mentally disturbed and the generally highly strung will post panic panic the end is high...!

I didn't see anyone running around like a chicken with their head cut off.....I think it goes something like this, right? 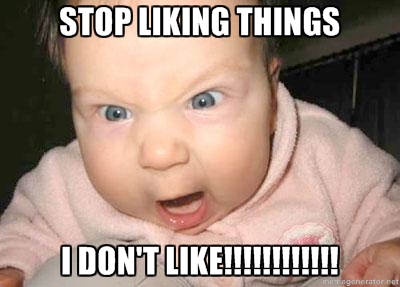 posted on May, 6 2013 @ 08:09 PM
link
I still think the military bigwigs in NK whacked the fat boy and they're figuring out how to not get squashed by the rest of the world after all of the rhetoric of their deceased leader.


What did I tell you people with woman like hysteria.... nothing will happen!

Yes, I understand the root of the word 'hysteria' but geez fella, there's no need to be so condescending to women.

Originally posted by lynxpilot
I still think the military bigwigs in NK whacked the fat boy and they're figuring out how to not get squashed by the rest of the world after all of the rhetoric of their deceased leader.


I normally don't wish doom on anyone...but in this one exceptional case? I do make a teeny tiny allowance for a small hope Kim has gone to meet Dear Daddy in the Great Beyond.


Funny, as I could not find a single thing where Lil Kim threatened nuking anyone.
Msm propaganda perhaps?

Funny, as I could not find a single thing where Lil Kim threatened nuking anyone.
Msm propaganda perhaps?

If it is Main Stream Media propaganda, I would think you could find many articles claiming it. Your complaint appears, at first blush, to be self-contradictory.


Are you joking?! I mean, you can't have missed *ALL* of it, could you??? Sometimes...the replies on here make me shake my head and really wonder about what motivates them. Check youtube when you get a chance. North Korean State Media has a direct outlet on it where they release straight to the public. Much of their propaganda comes out through that....and it is from Pyongyang media, controlled by their Government.

Wow... Really? Never knew Kim threatened anyone? I'm so baffled by that I'm just ..... Well, it's a brain freeze moment, it's so oddball.

* By the way .. Youtube is, as I understand it, the second largest search engine being used in the world today ...and has as much or more commercial and official level content now than broadcast and cable television. It's a LONG LONG way from Bubba posting videos of lighting farts as the top viewed item....the way it was not that long ago.


It's a LONG LONG way from Bubba posting videos of lighting farts as the top viewed item....the way it was not that long ago.


soooo glad I missed that one! yuck!
Bubba got bored?

I'm not sure it's a great idea me commenting on this, but enough is enough from all of them, don't you think?

The constant threats and attacks, whether Middle East, or North Korea, then China gone over a border somewhere too (I read-ish, don't quote me on that) Russia's in there somewhere too, slinking around.
Oh, and welcome to the family by the way Russia x my very beautiful, talented and educated cousin married one of your brothers, from what I've heard he's quite, quite lovely.
anyhoo....

Isn't it about time all these fellas got it together in the interest of the greater, to end this nonsense or are they so comfortable snuggling up to their weapons that they forget those are only temporary? Oh yes they are buddy!

I actually understand Kims position, and can sympathise somewhat, I would be pissed too, at not being included in the big boys games, was in fact, (right outside his window), left on the sideline to watch and wonder if some idiot might miscalculate and bomb the heck of him. All the while he just wants to join in and seem manly doing it, you guys are bullies really.

Starving his people (and sanctions) is very poor showing too and displays more about us than it does him, it is shameful that that is the best thing they can come up with to lessen the threat. Sometimes the umbrella of your parents and inherited history, is crippling, not encouraging to growth and evolution. He doesn't want to be seen as 'less than' to his own eyes, let alone any one elses.
credit where credit's due, he's still there.

Perhaps that would be a great re-training ground for repeat offending delinquents to get sorted out and brought into line, just a thought.....don't bash me for it.
The expression on his face walking through some of our very futuristic cities would be priceless, doncha think?
Or maybe invite him for a holiday and to have him swim with Hawaii s very beautiful mermaid and her big friend. Bruce.

The Middle East however, is another matter entirely (and one on my own personal radar), they are going to need help to stop what has become ingrained in them so deeply as to be immovable, or so it seems.
Is it excessive pride that is the cause? (Men and women mind you)
The Americans detracted attention from their infighting, which had lasted how long? Someone said on a thread the other day 1200 (?) years?!
They really hold grudges don't they?
Isn't that a bit too long to be continuously fighting?

Don't let go and don't give up. I wont. Hope never dies.

I'm torn between asking if I can help, and threatening you to stop......so I'll shut up now, told you I shouldn't have commented.

One in the many, many in the One.
and
Oneismine enimsienO

posted on May, 7 2013 @ 05:50 AM
link
I have to say I was one of the people who really did think that things were only a matter of weeks from kicking off, I even wrote a thread explaining why I had reached this conclusion.

I was wrong, I will hold my hands up and quite happily admit that I was wrong and my assessment of the situation has changed. Yes I still think that one day DPRK is going to do something and we are going to see a full blown return to hostilities, let’s not forget DPRK and South Korea are locked in a state of perpetual war and DPRK still holds an American Navy ship hostage. The recent round of rhetoric, threats and provocative acts was unprecedented, we have never seen this from North Korea and coming from little kimmy people in my view were right to say that a return war was a very real possibility. Something will eventually have to happen that will lead to the end of that war, it’s inevitable.

I am not one of the “doomers” I am actually usually one of the guys telling people to calm down.

DPRK however was different , it very volatile politically and while yes I have said that my assessment has changed and that I now don’t think we are going to see a war in the next few months that could change again tomorrow if lil kim starts testing some of his big toys. That’s the thing, we work based on what the media, NGO and Government reports to make assessments based on what’s in the public domain and flawed because never have all of the information or know what is going to happen next. As such we should keep our views dynamic; it would be very stupid to say “ahhh told you so there is not going to be a war” because tomorrow a bunk of DPRK soldiers at the boarder could end up in some skirmish that snowballs into a new conflict.


But still the depressed, the mentally disturbed and the generally highly strung will post panic panic the end is high...!

Now that is just out of order, as a new member I really don’t think you’re in a position to make such statements and I also don’t think it does anything to rid the stigma of mental illness. I have never had any kind of mental illness, never, and yet I wrote quite a strong argument as to why there was going to be a war. I think once you have been around these boards for a while you might start to notice that yes we have our fair share of people who just love their doom porn (ie, SYRIA HAS BEEN NUKED) but we also have quite a few members who will only entertain these doomers when it really does look like there is something serious on the horizon.

So a rather pointless rant about DPRK threads from someone who doesn’t seem to have really contributed much to any of the DPRK threads.