Creepy or Cool? Portraits Derived From the DNA in Hair and Gum

posted on May, 6 2013 @ 04:25 PM
link
Believe the thread name is because I have to stay with the original link, I have no qualms over whether this is creepy or cool. This is seriously something that I could have added to any forum, from social issues, to medical conspiracies, you name it it seems to cover it.

We (IMHO) are again embarking on something that I see as invasive, intrusive and down right offensive.

At 12:15 pm on January 6, 2013, Dewey-Hagborg collected a cigarette butt (above, right) on Myrtle Avenue (above, left) in Brooklyn, NY. Testing the sample’s DNA revealed the smoker to be a male of Eastern European descent with brown eyes. Photos courtesy of Heather Dewey-Hagborg


Here are her results- 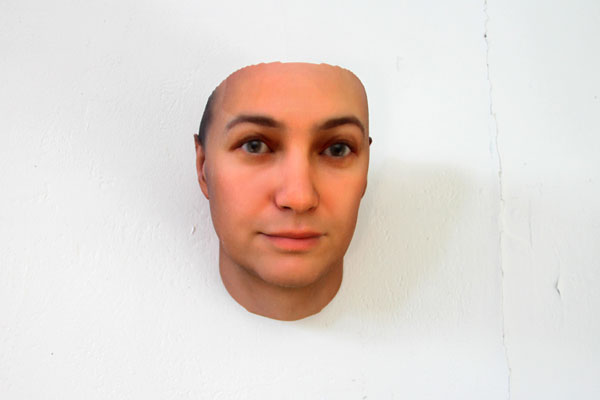 The artist produced this facial reconstruction from her DNA analysis of the cigarette butt she collected at Myrtle Avenue and Himrod Street. Image courtesy of Heather Dewey-Hagborg.

It started with hair. Donning a pair of rubber gloves, Heather Dewey-Hagborg collected hairs from a public bathroom at Penn Station and placed them in plastic baggies for safe keeping. Then, her search expanded to include other types of forensic evidence. As the artist traverses her usual routes through New York City from her home in Brooklyn, down sidewalks onto city buses and subway cars—even into art museums—she gathers fingernails, cigarette butts and wads of discarded chewing gum.

Do you get strange looks? I ask, in a recent phone conversation. “Sometimes,” says Dewey-Hagborg. “But New Yorkers are pretty used to people doing weird stuff.”

Dewey-Hagborg’s odd habit has a larger purpose. The 30-year-old PhD student, studying electronic arts at Rensselaer Polytechnic Institute in Troy, New York, extracts DNA from each piece of evidence she collects and enters this data into a computer program, which churns out a model of the face of the person who left the hair, fingernail, cigarette or gum behind.

From those facial models, she then produces actual sculptures using a 3D printer. When she shows the series, called “Stranger Visions,” she hangs the life-sized portraits, like life masks, on gallery walls. Oftentimes, beside a portrait, is a Victorian-style wooden box with various compartments holding the original sample, data about it and a photograph of where it was found.

So I leave you with just this, as I seriously feel the thread speaks for itself.....

That said, the “Stranger Visions” project is a startling reminder of advances in both technology and genetics. “It came from this place of noticing that we are leaving genetic material everywhere,” says Dewey-Hagbog. “That, combined with the increasing accessibility to molecular biology and these techniques means that this kind of science fiction future is here now. It is available to us today. The question really is what are we going to do with that?”

posted on May, 6 2013 @ 04:35 PM
link
The first thing I notice about this, is that she doesn't choose DNA from a source that could be found and compared to her work. She doesn't want anyone to check to see how accurate she is. My guess is that she gets a few of the details (ethnicity breakdown etc) and fudges the rest

posted on May, 6 2013 @ 04:36 PM
link
Yes that could be cool in an arty way.However it is creepy as all get out!!Glad I don't chew gum or throw butts around.Yet hair that is the freakiest!I can't control when my follices release!!Geez.S and F for you.


Yeah that was my first though..lets see how it compares to a known person.

Originally posted by jessejamesxx
The first thing I notice about this, is that she doesn't choose DNA from a source that could be found and compared to her work. 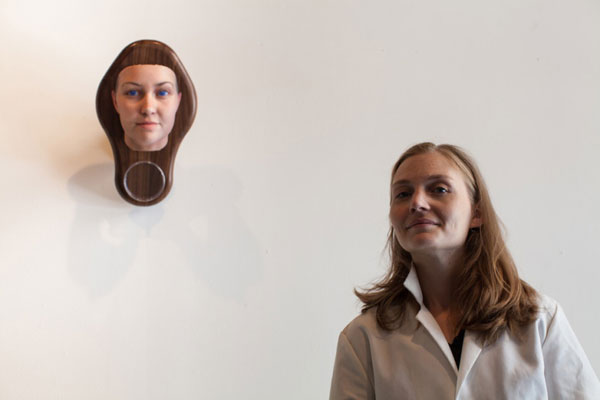 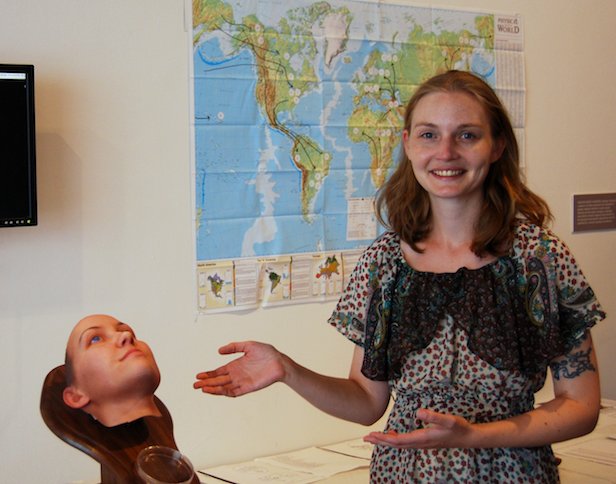 If I were in BK and saw this it wouldnt be that hard to try and find out who it was if they lived in my area. I am figuring that she is saying that she cannot do too much, so that eventually people dont sue her for whats shes doing.

She may not be able to identify as you are today, but just by the DNA alone she can tell someone more about them than most already know.
Example from the cigarette butt

That hardly proves that she's accurate.

I could do a self- portrait as well.

edit on 6/5/2013 by Theflyingweldsman because: there is a reason for everything

Its not perfect, but I think the comparison with the lower picture is not bad for a non-professional individual doing this as art.
The FBI probably has better tools. 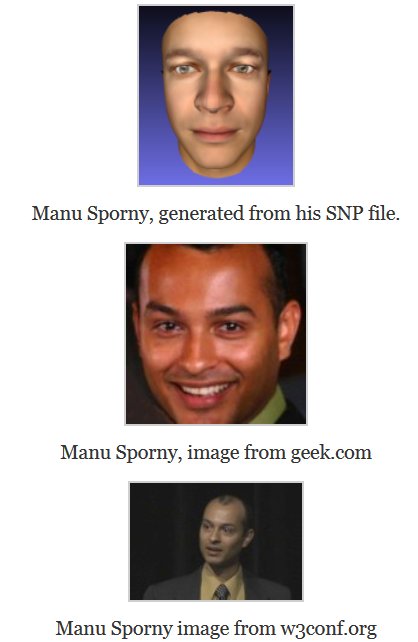 posted on May, 6 2013 @ 05:04 PM
link
Good grief, it is about time to toss in the towel. This is beyond demolition man stuff and is very real. Amazing. As OP says, it speaks for itself. As technology progresses, they will be able to tell even more from samples. Such as , are you a smoker? How tall? Weight? Etc. The possibilities are endless.

Here's an example of the aging problem.

Wonder if the FBI have means to analyse telomere shortening to estimate age.

Edit - and with the reconstruction flipped so the lighting comes from the same direction... 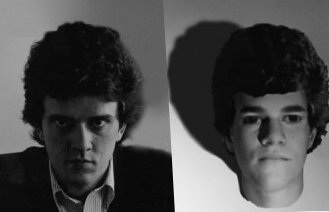 
I wanted to thank you for the photos... and wanted to raise you a bit of a lunatic (?) fringe thought.....

There have been threads not to long ago concerning precog crimes like the movies, and even "genetic" testing being checked for family members that may have "medical/psychological" issues, the bar can be raised and reversed to show how you would look in the future if you are considered "of special interest"..


Yes, with the minor convenience of being able to look in the mirror. How about I send her my DNA, and she sends me back the results. That would be impressive (A match I mean).


That's not bad but the head is much fatter in real life.

When this type of thing is perfected, it's a little scary actually.

posted on May, 9 2013 @ 08:50 PM
link
I wonder how soon before there will be handheld genetic DNA detectors available to the public? Law enforcement will have the version that has access to the database so all they have to do is scan a DNA sample and a picture of you will pop up with a file including your life story. Man I wish I could get my hands on one of those... After they are invented I mean. I'd come home from work and scan the whole house and my wifes body to see if she was cheating. I'd modify the machine so I can press a button, and it will give the same alarm beep as if it detected some DNA other than mine or hers. So then I could push the button and then look at her accusingly to see if I can scare her into confessing to something... That freakin whore... Goddamn I love her.

Actually, I'm not married I was just imagining how some people would use it, and I have a strange sense of humor haha


Can you possibly explain yourself? Do you mean they can, or will, take one single DNA sample and from that, be able to project into the future to see what you will look like at any age? So basically like they got you for life, in a sense? I don't know what you mean by "if you're a person of interest"....I imagine this will be done at birth, for every person. Then if you have any known info, like hair color in case they dyed it, scars, tattoos, eye glasses, you add that in. They might do a whole body cause it might tell them approximate height and build, propensity for weight issues or any other defects, mutations, or deformities, if there was a twin, or conjoined twin, etc...


I mean take the little hints that they like to throw out there, and then figure out how they all fit. Like this.


The software parses about two dozen variables, including criminal record and geographic location. The type of crime and the age at which it was committed, however, turned out to be two of the most predictive variables.

“People assume that if someone murdered then they will murder in the future,” Berk told the news outlet. “But what really matters is what that person did as a young individual. If they committed armed robbery at age 14 that’s a good predictor. If they committed the same crime at age 30, that doesn’t predict very much.”

Shawn Bushway, a professor of criminal justice at the State University of New York at Albany told ABC that advocates for inmate rights might view the use of an algorithm to increase supervision of a parolee as a form of harassment, especially when the software produced the inevitable false positives. He said it could result in “punishing people who, most likely, will not commit a crime in the future.”


And then go into detail on WHO they think are criminals or have "questionable" backgrounds. This is in a much wider range, I will try yo find the thread that I wrote about the new psychological testing that has an entirely new set of standards for behavioral problems, and the alarming remarks made by the man that first invented the process.

Originally posted by 3n19m470
Actually, I'm not married I was just imagining how some people would use it,


In theory you could use it now.

Find any strange hairs in your bed, you could have them examined and a portrait built up of what the owner of it looks like. You could not only find out if your hypothetical wife was cheating with, but also "see" who it is.