posted on May, 3 2013 @ 09:09 AM
link
I saved this information for a few days, unsuccessfully trying to get some more sources in english. When that happens, I know there is a big chance that I'm dealing with something new for many members, which is good. Several reasons make this information remakable, starting by the way the site was discovered.

In 2009 a school teacher called Nacemio Peña Rojas and his students found and made public this archaeological site. I mean, while my children here in USA go to museums on school trips, these kids are taking a place in archaeology with a first person experience. So motivational, I must say.

One important thing to know before you examine the photos of the petroglyphs. Guided by ignorance, locals made the terrible mistake of apply paint over the carvings, attempting to make the desings easier to spot by tourists.

One more thing to consider before we analize the information, those who believe in the "Ancient Aliens" theory, may find it interesting, according to their personal interpetation of some of the petroglyphs.

Also, in one of the videos a local was interviewed, he tells about a UFO sighting he experienced, notice the natural way he speaks about it. That is something I said many times here in ATS, people in that area of the wolrd accepted the idea of extraterrestrial life since ancestral times.

Petroglyphs have been found in human and animal figures made ​​with the technique of low relief on the rocks, in addition to the miniature giant monoliths, indicating the respect and adoration for their mythological beings. The various figurines found, representing animalistic humans, animals that inhabit the area. All these manifestations were apparently some advanced cultural group that developed in the pre Inca. Today figures are still discovering more. The District Municipality of Frías, has commissioned further study of these remains the archaeologist Mario Salazar Juarez specialized person is archeology. In the hamlet of El Guabo and a dispersed, have found other figures representing human faces expressing pain, suffering and anguish. 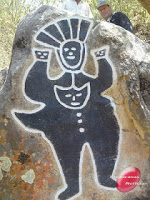 One figure that has caused more astonishment is the figure of a nobleman, possibly representing a deity (head, curaca or powerful wizard) very important within that ethnic group and apparently had much influence on its inhabitants by the way they have represented. Some have called the Lord of Shango 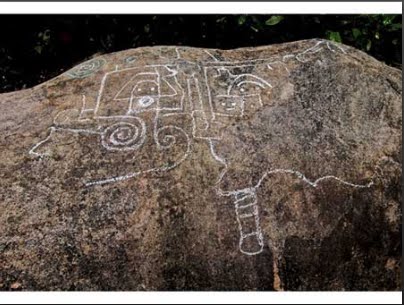 Some people believe that one could be a map :

According to the archaeologist Mario Salazar, told us that this stone has been carved a sketch and only the engineers of that time knew its contents. 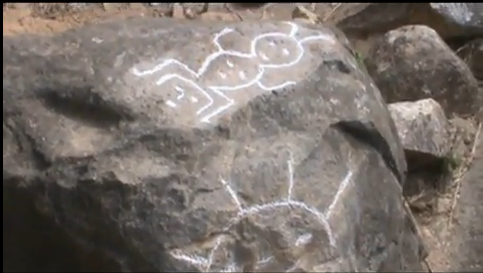 apparently of a woman giving birth to a being and exists alongside the representation of the sun shining upon their delivery. We know that this petroglyph is repeated elsewhere as is Poclús and Cruz Band Culcas, villages located to the northeast of the ruins.

At 24:40 of the next video, is a local describing an UFO sighting in one of the mountains of the area. Sorry, no closed caption. He describes an object, he says it wasn't a star, from his distant point of view the light was the size of a laundry machine (that had to be huge, considering the distance when the camera turns to the mountain), hovering over the mountain, the object didn't make any sound and shining like a fluorescent light.

Another video with beautiful views of the area. They went inside a cave : 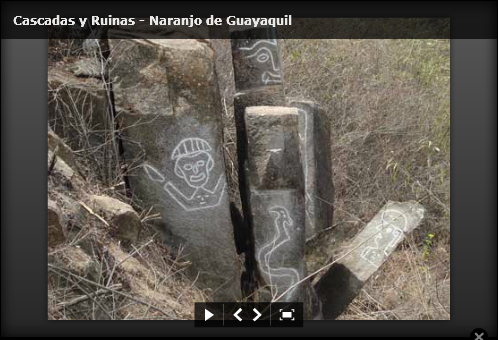 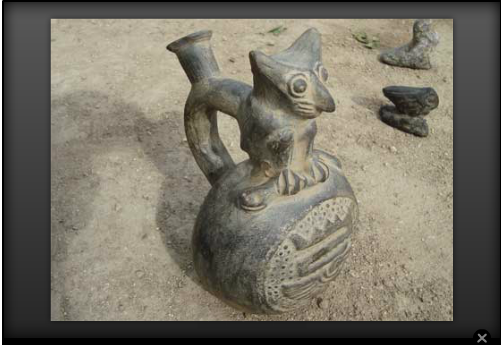 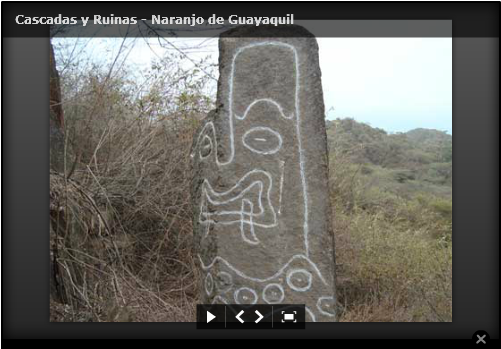 posted on May, 4 2013 @ 10:44 AM
link
Some of the petroglyphs shown are modern (you can tell by the color of the incised lines.) A few of them are pretty blatant forgeries... .and the pictograph's paint is too new to be more than a hundred years old or so.

That said, "PreColumbian" means "before 1400 AD -- and the younger items are 400-600 years old. Some look much older, but the images have been "chalked" and it's hard to say where the precise lines are. "Chalking" enhances the linework but can damage the inscriptions.

Field trips like this are wonderful, and there are places in the US and in Britain where teachers can take kids (or summer camps take kids.) The problem is that the kids have to be REALLY well behaved... speaking as a docent for an outdoor center, I haven't seen many classes that I would trust at a delicate site.


Certainly there are good reasons to make those petroglyphs questionable, to paint or underline them was a huge mistake. I thank your post as always, I was hoping someone making a comment like yours, in order to have the opportunity to educate the people and avoid destroying our heritage.

By other hand, peruvian government had already legally recognized this site as national cultural heritage. I guess that legitimate somehow the archaeological site.

...the MINISTRY OF CULTURE, according to Vice-Ministerial Resolution No. 663 - 2011 - VMPCIC - MC, given by said CULTURAL HERITAGE OF THE NATION A PREHISPANIC ARCHAEOLOGICAL MONUMENTS.

Regarding the field trips, you are 100% right. Down in Peru, kids MUST be well behaved. The teacher only need to tell the parents when one of them gives problems, they'll fix the problem "ol school way".