Basically, these are the kinds of games you'll see them play in the background of Big Bang Theory, for example.

One they often play is called "Talisman". Players control characters and try to rise in power as they race towards the center of the board to beat the others.

Runebound and Descent - very much like D&D as a board game.

Zombies!!! - you roam around a town (or other settings in expansions), trying to either kill a lot of zombies, or make it to the helicopter to escape the city.

Munchkin Quest - a boardgame version of Munchkin, a great card game where you fight monsters, screw other players to get to level 10.

There are tons more of course, going way beyond your standard LIFE, Clue, or Monopoly games. Does anybody else play strange board games?


ive been playing the new Game of Thrones board game, it is my favorite board game Ive ever played, if you haven't already, give it a shot


I used to live with someone who worked for Wizards of the Coast makers of Magic the Gathering... 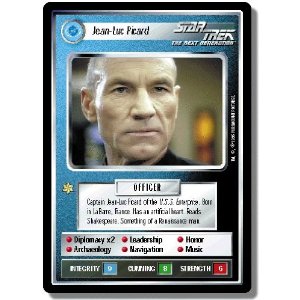 
I have actually been surprised to see a lot of stuff from late 80's-early 90's fetching a good price! Must be all the kids grew up and want their toys back while some of us who hung on to them and kept them in mint are more than happy to sell them back at a gold-pressed latinum price as Ferengi Rules Of Acquisition apply...

The flimsier the product, the higher the price.

From 1989 two separate games that could be played together.

posted on May, 3 2013 @ 01:47 PM
link
I have the complete set and all expansions for quite possibly the best board game ever made.

The Settlers of Catan

If you consider yourself a board game geek, your set is not complete without this game.


I've played it, just not my cup of tea, though the wife loves it.


We actually have that one (I got it for the wife for Christmas), but we have yet to play it, I'll have to suggest that one.


Never got into the card games much, too much money to buy into and keep up with, and my wife would go insane trying to get them ALL. Bad enough we got into that little pirate ship card game, where you assemble these little ships. Only played it like ten times, and we have a bunch of money in that damn game.

The only consolation is that the little ships are great for doing D&D fleet battles.
edit on 3-5-2013 by Gazrok because: (no reason given)


well in the slim chance you are in the area, we are looking for two more players, the game takes six players but we have only got 4 people so far, still fun, but we want a full board, you may have to fight my roommate for who gets the lannisters though

we choose are famileys based on are personnel traits. My buddy oath-breaker is larger and has a black beard so he is baratheon, shanders is an irish men so he is the greyjoys, my roomate has more gold jewlry than any of us so he is the lannisters, I come from the North so you can guess who i am, we have the martells, and the tyrells that we have not played with yet.

But either way you and the wife should recruite some players its really fun, and you can kind of make amendments to the rules. for instence we are going to set up a message system so we can make secret alliances during game play and discuss war tactics, the best part about this is you can obviously double cross your aliies and come to the rescue of your enemys. last game i came in dead last but since My ally won the game, and i held winterfell i felt as if i won as well. And we are trying to figure out how to make money involved, for instance everyone brings 2-3 bucks in quarters and you can have a pot for the winner, but at the same time money can change hands to get things done.

in conclusion it really fun, the first game is a learning processes, but if you have any kind of wits about you its smooth sailing after that.

posted on May, 4 2013 @ 08:26 AM
link
My fiancee and I play a game called Guillotine. You basically have 12 cards with people of Noble stature on them and line them up in a row on the table. Then, you play action cards to see who gets their head cut off by the guillotine. It's an extremely fun game! A little twisted, but fun!

It's easy, everyone plays each turn and it's really fun for a group of friends. I LMAO every time we play.