posted on Apr, 29 2013 @ 06:52 PM
link
So I was doing some research into the use of magnetism in antiquity and discovered that the most ancient use of magnetism recorded so far was by a pre-Olmec culture which had a practice of carving giant heads which have been found to have magnetic hotspots in recurring patterns. The question is were these stones magnetized as a result of some technology interacting with the stone or were they already magnetic in which case the carvers had to identify these hotspots and adjust the carving accordingly.

In coral castle there is a wheat grinding stone which has become magnetized as a result of Edward leedskalnins experiments. You maybe aware that there is a mystery surrounding how he could have lifted such massive stones by himself, some say he levitated them into position!

Of the collection of "potbellies" sculptures from Monte Alto on display in the town park of La Democracia, Guatemala and in front of its local museum, Museo Regional de Arqueología de la Democracia, four of the heads and three of the bodies were found to have magnetic properties. All four of the heads have a north magnetic pole located in their right temples, while three of them have south magnetic poles below the right ear and the fourth (that in front of the museum) has a south magnetic pole in its left temple. Such a pattern of occurrence is unlikely to be a matter of chance, even in a sample size as small as four.”
en.wikipedia.org... 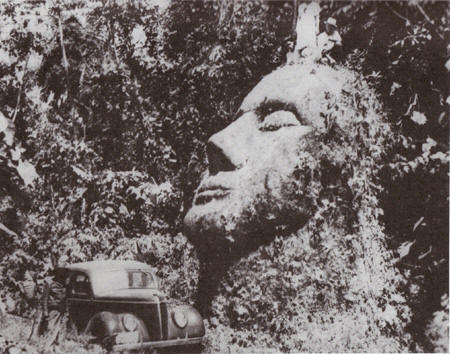 “A Mysterious Giant Head, This stone head had very fine features: thin lips, a large sharp nose, leaving an overall Caucasian interpretation. The eyes of the head are closed. Its size is enormous, at least 30 feet, as can be calculated from the three men sitting on top and the car parked in front of the statue. Photo 1940's by the owner of the Finca, near Monte Alto. Unfortunately it was destroyed in an attempt of selling it.

The Monte Alto Culture is the Oldest in Mesoamérica and undoubtedly it was the Original Culture that lead other cultures such as the Olmec and Maya. The archeologist refer to them as Pre-Olmec”
www.authenticmaya.com... 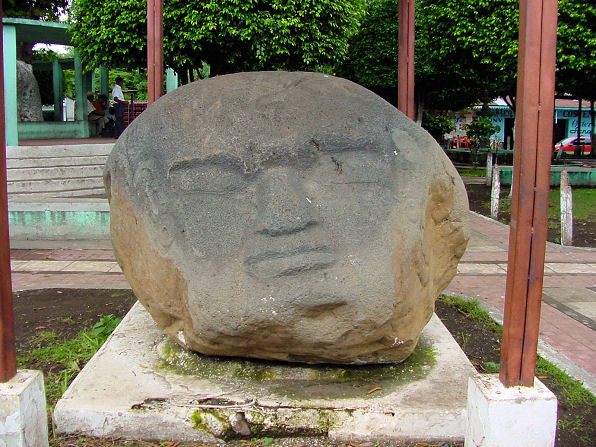 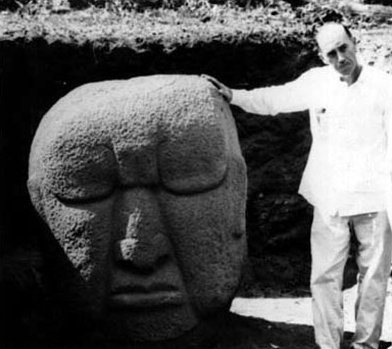 posted on Apr, 29 2013 @ 07:34 PM
link
Its my understanding that when the Spanish arrived in the Western Hemisphere. They ran into a problem with respect to Indigenous cultures treating Spanish gold coins as having value. They did however recognize Roman, Babylonian and Greeks coins as having value and traded for them.

On the stone carving with the car

Link to it modern creation 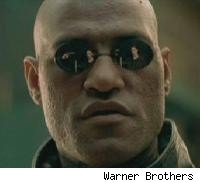