Investigators have found female DNA on at least one of the bombs used in the Boston Marathon attacks, though they haven't determined whose DNA it is or whether that means a woman helped the two suspects carry out the attacks, according to U.S. officials briefed on the probe. The officials familiar with the case cautioned that there could be multiple explanations for why the DNA of someone other than the two bombing suspects—Tamerlan Tsarnaev and his younger brother, Dzhokhar—could have been found on remnants of the exploded devices. The genetic material could have come, for example, from a store clerk who handled materials used in the bombs or a stray hair that ended up in the bomb.

On Monday, Federal Bureau of Investigation agents were seen leaving the Rhode Island home of the parents of Katherine Russell, the widow of Tamerlan Tsarnaev. The elder brother died after a shootout with police four days after the April 15 bombings.

Ms. Russell has been staying with her parents since the bombings, and FBI agents have been seen posted outside the home since her late husband was identified as one of the bombers. Her lawyer has said she is "doing everything she can to assist with the investigation."


The plot thickens, as they say..
edit on 29-4-2013 by canucks555 because: (no reason given)
edit on Mon Apr 29 2013 by DontTreadOnMe because: IMPORTANT: Using Content From Other Websites on ATS

posted on Apr, 29 2013 @ 04:15 PM
link
The article didnt say how they could exclude the DNA as having come from one of the victims.
Couldnt it be possible that in all the chaos and splatter, a speck of female something got onto the bomb parts at sometime during the rescue operations?

The article didnt say how they could exclude the DNA as having come from one of the victims.
Couldnt it be possible that in all the chaos and splatter, a speck of female something got onto the bomb parts at sometime during the rescue operations?

Yeah, I'm going to have to agree. This proves absolutely nothing. Not saying the 2 brothers did it or didn't do it. I honestly could care less. But there were over 130 people injured so it is highly possible that it was just a victim. Also any DNA on or in the bomb would have been destroyed from the explosion so the DNA had to of come after the explosion.

posted on Apr, 29 2013 @ 04:34 PM
link
I find this very confusing because the materials would just about HAVE to be contaminated. I assume that all devices were tested after detonation. Of course the shrapnel from the bombs that did the most damage would be contaminated. How could they not with so much blood and gore? But even the bombs that didn't detonate and had to be detonated by the bomb squad would have a very high risk of contamination. I'm hard pressed to see how they're going to prove anything by testing the DNA.

Even if they were to find the DNA of the dead brother's former wife, it would be very difficult to prove that the presence of DNA meant that she actually helped build it. If it was built in the home she had lived in, I'm sure there were still stray hairs and such that could have contaminated the materials, even if she hadn't been present in the home in months.

Just not sure what this proves.

posted on Apr, 29 2013 @ 04:42 PM
link
From the pictures I saw, there appeared to be blood and flesh all over the place. I hope that the government doesn't take those test results seriously.


I think they're onto something and that all the things people have mentioned so far have been thought out.
There (imo) is a reason that they're releasing this info to the public..
Lots goes on that we know jack-squat about..

Does not mean there is a 3rd bomber or anything else all they would have to do is cross reference the DNA from the area hospitals to determine who it is.

Or maybe it was this women? posted on Apr, 29 2013 @ 05:10 PM
link
Keep in mind that everything that comes out of 'their' mouths is intentionally leaked with a motive behind it. Why would they 'leak' information that implicates a female? And which female do you think they have in mind? Could it possibly be that they are after Tamerlan's wife, nee, Katherine Russell. Its quite obvious to me that they have been attempting to implicate her from the very start, particularly in the 'public mind.'

The PTB can say anything they want and they can leak anything they want through their controlled propaganda apparatus, otherwise known as the MSM, and it never matters if its true or not: the objective is to give 'voice' to the allegation or to make an image of it so that it stays in the consciousness of a bewildered public. Once an utterance or an image is made or declared it adheres to the psyche of the general population. I believe nothing that they say or do by way of statements or images - by 'they' I mean "them"!
edit on 29-4-2013 by CasaVigilante because: (no reason given)


I'm sure this is an intentional leak to scare her into cooperating.

posted on Apr, 29 2013 @ 06:29 PM
link
I said this from the day the FBI video was released...there was a woman walking behind the Tsarnaev brothers, keeping the same pace, wearing a back pack.

I get there could be several other sources of female DNA.

In yellow. It looks different to me now though as the last image shows her coming in from the street. So...
edit on 4/29/2013 by kosmicjack because: (no reason given)

edit on 29-4-2013 by captaintyinknots because: Because kosmicjack set me straight


Well never mind then! I hadnt heard that. The reports I had heard described Misha as a woman. But then again, I have stopped reading about this, for the most part, so I am probably behind on that.

posted on Apr, 29 2013 @ 06:40 PM
link
I know there was a couple of bombs they never used the night they went on a rampage across Boston. They were left in the trunk. Could the DNA be from those that they never used? Or did the police blow them up?


Talking about him now on CNN...Armenian-Ukrainian, 39 years old, family, lives in Rhode Island.


Talking about him now on CNN...Armenian-Ukrainian, 39 years old, family, lives in Rhode Island.


Yeah, after you posted that, I did a quick search. Seems there is actually an interview with him available.

That one was my bad. Mea Culpa.

Why do the conspiracy minded even bother to watch the MSM? It's all lies isn't it?


I tend to agree.

They may well know she is innocent but are trying to scare the hell out of her to squeeze her for any other bit of information, no matter how seemingly innocuous, she might cough up. Just anything they could run with.
edit on 4/29/2013 by kosmicjack because: (no reason given)

Sounds like they're trying to get ahead of another hole in the story.

Theyre trying to imply that the wife was involved, assuming you believe it was the brothers.

Take a look at this pic: 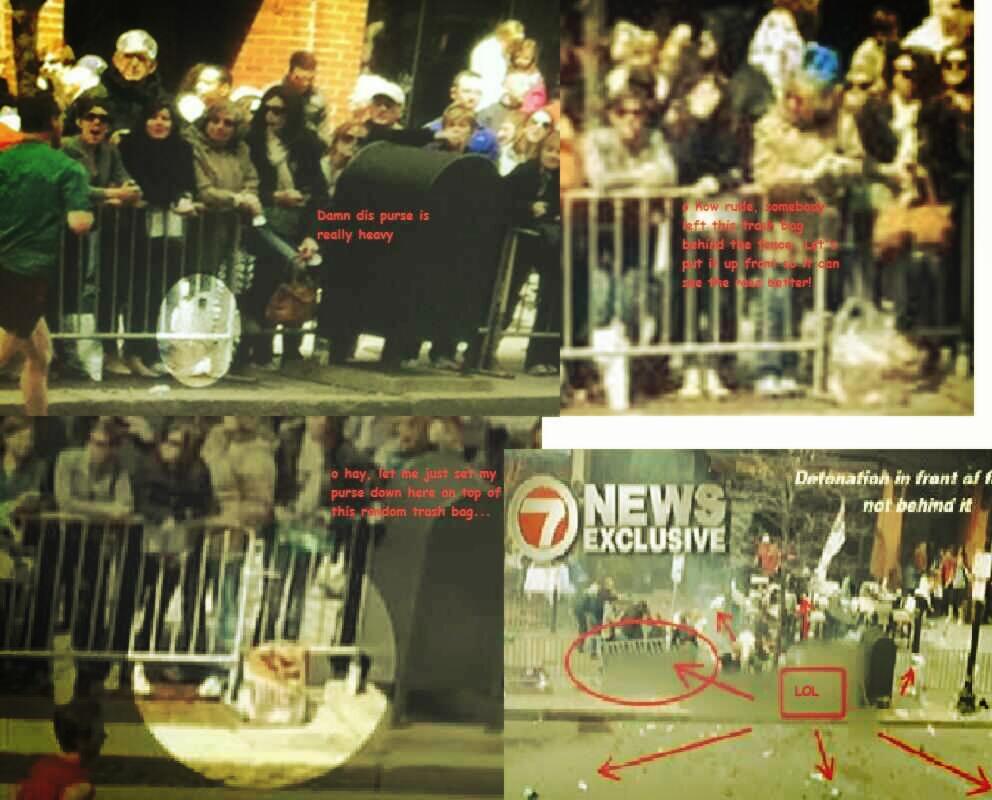