posted on Apr, 23 2013 @ 07:54 PM
link
I found by accident this youtube video, an interview to Sixto Paz (a known contactee), the images are more interesting than whatever Sixto was saying. I had to confirm it and went to Google Earth by myself. Impressive, I must say... 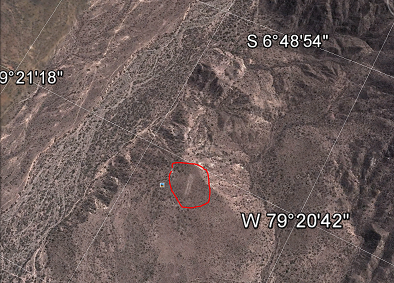 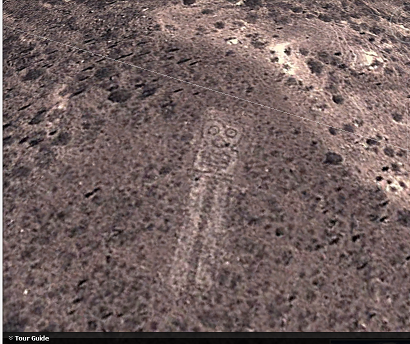 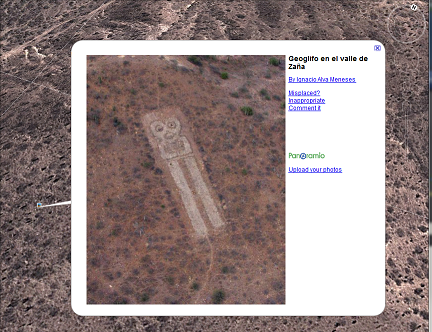 
Wow...cool S&F
Have not seen this before


I watched a documentary not long back...this one...

Not sure if you will be able to view it...depends where you are...anyway...the picture that you post reminded me of it. Evidently, the cursus, or road, that leads to Stone Henge, gravitates around a natural formation, caused when the glaciers were receding, of two perfectly parallel lines, that, coincidently, directly align with the sunrise...or sunset...one of the two...eek...sorry...I was only paying vague attention as I was Lego building with my son at the same time it was on The current belief is that Stone Henge, or the preceding circle of stones/burial ground, was located there, because of this 'divine' signal.

Your example is strikingly similar...any glacial movements in that area? Geography is not my strong suit.

new to me, and very interesting.. did a quick search on this and did not find a whole lot tbh..
however i did come across this article about ancient irrigation canals in the Zana Valley

A team of researchers working in the Andean foothills of Peru has unearthed solid evidence of canals confirmed to be at least 5,400 years old. The find is the oldest of its kind anywhere in South America.

Led by anthropologist Tom Dillehay of Vanderbilt University, the scientists' work in Peru's northern Zana Valley exposed four canals almost certainly used for irrigation agriculture. While their location was originally discovered by Dillehay and his team in 1989, only in the most recent field season did the importance of the canals become apparent.

The canals range in size from 0.6-2.5 miles (1-4 kilometers) in length and were designed to slope downwards, relying on gravity to send water from an upper stream to the crop fields below. The layout essentially created artificial garden plots with fertile earth suitable for intensive agriculture.

It is this more concentrated form of cultivation that allowed societies to flourish, according to Dillehay.

"The construction and maintenance of the canals on an annual basis, along with the planting, weeding and harvesting [by] groups, all required a steady communal or corporate effort," Dillehay told LiveScience. "These sorts of activities can be carried out by consensus among households, all of which is social development."

clearly there was sufficient population and organisation in the area to construct and maintain the geoglyph, and one could speculate that along side the canals (the most ancient in the americas) it was an to ensure the success of their crops.

This geoglyph is from the 1st millennium bce according to the book featured in the above link..... cant run google earth on my abacus so not sure how close the canals are to the geoglyph or if the folk responsible are from the same culture... the canals would possibly no longer be in use by the time the glyph was laid out though from a scan of the pages around the link above the place was fairly active population wise and culturally/technologically at this time. most interesting


I dont know if it is the same aqueduct system, but this xpedition-tv episode films a great deal of the old aqueducts of unknown origin. Saw this episode some years ago and havent stopt wondering over who built it, amazing engineering !

If you don't mind, describe the diference between both terms, just for educational purpose.


Thanks for that input. Honestly I didn't know about this geoglyph, so all additional info is appreciated.

posted on Apr, 28 2013 @ 08:27 PM
link
Kinda difficult to say what it is -- I had a look at the historical imagery in Google Earth. Back in 2003, it looks to be freshly constructed (or freshly cleared) -- there's a photo from 1969 of the area but the resolution is so bad that you can't tell if there's anything there.

Originally posted by fltcui
reply to post by Trueman


I got this photo from Peru too, here is an example of what Hans proposed.

This is a phytoglyph from the same country compared to the The Zaña Valley Geoglyph : 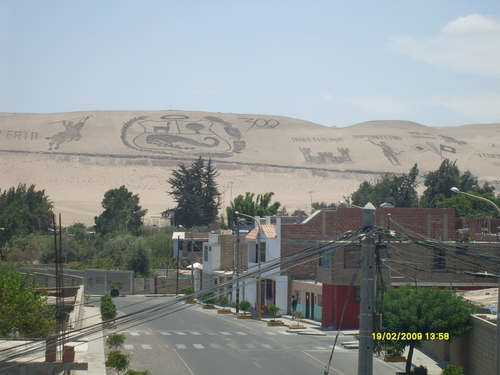