America - depositors WILL lose everything! You will be Cyprus'ed

In a speech titled "Regulating Large Financial Institutions" Stein made something very clear: if and when a TBTF fails, and since this time is not different, and a failure is only a matter of time, depositors will lose everything (courtesy of some $300 trillion in gross unnetted liabilities which once there is a counterparty chain failure, suddenly become very much net and immediately marginable - a drain of cash), which now that Cyprus is the template, is to be expected. Not only that but Stein makes it all too clear that part of the Dodd-Frank resolution authority guidelines, a bailout is no longer an option.

This of course is pretty much inevitable in Europe (UK PDF) and in Canada (PDF of 'budget') also, where governments are busily writing into law the facilities to allow them to 'borrow' our savings in exchange for worthless shares in defunct banks.

Whilst Zero Hedge is the source of my information I particularly want to draw your attention to the absolutely stunning graphics that demonocracy.info produce.

The saying that a picture speaks a thousand words is very true with their work. I show a very squashed up image of one of their pages but you need to go to the site to really understand. The infographics put the whole insured deposits thing in place for me.

You think your deposits are safe because they are insured? Think again.

Click on the image below to get a good understanding of how and why you will be waving your hard earned cash goodbye if one of these banks fails. (Continues after the graphic)

See also: (And this is a must read as well)

The Confiscation Scheme Planned for US and UK Depositors

Although few depositors realize it, legally the bank owns the depositor’s funds as soon as they are put in the bank. Our money becomes the bank’s, and we become unsecured creditors holding IOUs or promises to pay. But until now the bank has been obligated to pay the money back on demand in the form of cash. Under the FDIC-BOE plan, our IOUs will be converted into “bank equity.” The bank will get the money and we will get stock in the bank. With any luck we may be able to sell the stock to someone else, but when and at what price? Most people keep a deposit account so they can have ready cash to pay the bills.

No exception is indicated for “insured deposits” in the U.S., meaning those under $250,000, the deposits we thought were protected by FDIC insurance. This can hardly be an oversight, since it is the FDIC that is issuing the directive. The FDIC is an insurance company funded by premiums paid by private banks. 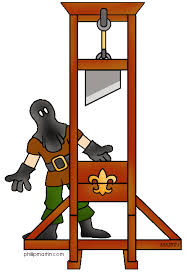 edit on 22/4/2013 by PuterMan because: Green decoration was required.

As Forewarned, The Irish Savers Have Just Been "Cyprus'd" And There's MUCH MORE To Come...,

posted on Apr, 22 2013 @ 07:01 PM
link
This is ridiculous! It is nearly impossible to not use a bank. Even just to send checks to pay bills. I would not even know where to drive the cash to. They have us bent over a barrel. What options do we have? Perhaps an offshore account?

posted on Apr, 22 2013 @ 07:07 PM
link
...and all hell will break loose when it happens. All I can say, is the government better have some contingency plans, because there will be a mass of angry people wanting their money. The last person I would want to be is a banker or a politician.


You can send direct deposits to a Credit Union account as well.

They have virtually all of the facilities of banks and virtually none of the disadvantages.
edit on 22/4/2013 by PuterMan because: (no reason given)


use a prepaid card.

Originally posted by Templeton
This is ridiculous! It is nearly impossible to not use a bank. Even just to send checks to pay bills. I would not even know where to drive the cash to. They have us bent over a barrel. What options do we have? Perhaps an offshore account?


I'm in the process of moving from Wells Fargo to Ally Bank. Something to note, Ally is a totally online bank. They have no brick-and-mortar stores or people and equipment to spend money on. All that savings goes to you in the form of truly free checking accounts, no ATM fees, reimbursed ATM fees from other banks.

It doesn't even cost anything to open an account. It's completely free, so check it out.


Hi LDB. No not me. I have yet to work myself out of the situation where most of the time the bankers bank with me. Of course if they go down I may have to give them a haircut of $100 or so.

I sure as hell feel very very sore for those who do have substantial funds. It really gets my goat that we elect these people and in some cases don't elect them, and they get to walk all over us.

Governments need to start being afraid...........oh wait, they are which is why they are doing all this.

Well,. like Ive stated,. Ive been ready for it.
No worries mate

posted on Apr, 22 2013 @ 10:02 PM
link
Luckily we only deal with our small town local credit union. We flow just enough cash through them to cover the monthly bills and that's it... the rest is, um, in safe keeping.

I'm sorry for Cypriots, but to be honest, I'm grateful it happened there first so that at least the rest of us got a forewarning of what's to come... *sigh*... I hate myself for thinking that out loud.

Ugh, isn't it sickening that we're even having this conversation ?!

Originally posted by PuterMan
reply to post by Lil Drummerboy

Hell, you guys are lucky then. Here in the States, if you refuse to pay property taxes on your home, they put a lien on your property, and they take it while you LIVE.

posted on Apr, 22 2013 @ 10:30 PM
link
Yes, here in Canada if you don't pay your property taxes, you'll eventually get a letter from whatever municipality you're living in stating that you now have 30 days to vacate the premises (even if your home is fully paid for) because they now own it and will put it up for sale, unless you pay up your arrears before that date.

But the arrears accumulate for 2-4 years before they finally take action against you.

None of us outright own our land (paid for or not)... the countries we live in do.

We're just paying the SOB's rent for the privilege of living on it.

posted on Apr, 22 2013 @ 10:50 PM
link
So where is the best place to keep mountains of cash? Who will survive? All banks have debt, so a brokerage which does not trade and with low debt may be the ticket. Thinking TD Ameritrade, Vanguard and that ilk. . Any other opinions?

well i guess every titanic has a crows nest
hopefully thats the part thats still above water when the hulk of the ship hits rock bottom
BTW
very well done OP
fands
edit on 22-4-2013 by Danbones because: (no reason given)

None of us outright own our land (paid for or not)... the countries we live in do. We're just paying the SOB's rent for the privilege of living on it.

Sorry to hear that, the land and house that my wife and I have is 100% ours and can not be taken from us. There is no property tax and wouldn't matter anyway since the land has been with the family before the government existed. The land has been with the family for over 400 years and land is sold between the parties that either buy or sell and not via the government or bank. We build our own homes or contract for the construction and pay in cash for the work provided as provided. Thus our home is 100% paid for, no lien and no tax as it is on our land.

Banks can acquire the land if you make a lien against it and fail to pay but otherwise no.

So all you did when you bought your house or land was pay a high price for a piece of paper that is worthless as the government can take it from you at any time and even claim emanate domain while doing so. They don't even have to use back taxes as an excuse to take what was already theirs. You just weren't told that.

As for the government/banks being able to take your money, sure they can, the gov owns you and you gave the banks your money which it then becomes their money. It's in the small print at the bottom of the page that requires a magnifying glass to read. Will they hit you up like Cyprus, yep they sure will and sooner than you think.