Just a note i am not the going to defend the suspect however it seems apparently there are now Conflicting reports Emerging in regrades to the suspect including from CNN,Boston.


According to CNN Boston bombing suspect may be charged Sunday, an official has told CNN, according to the official a judge would likely come to the hospital to charge him, a law enforcement source said, noting that suspects accused of federal crimes are normally presented charges within 48 hours of arrest. An arraignment would take place later.

Tsarnaev, 19, is currently unable to speak and is under heavy guard. Tsarnaev, 19, remains in serious condition at an Jewish hospital in Boston. Although the original claim is that Tsarnaev, 19 according to an source. Source says Dzhokhar Tsarnaev gave up, crawled out of boat. Although the emerged images showed an different person, a very skinny person you cant be skinny in just five days and if the person is skinny how was he able to hold any weapons without any strength?

Tsarnaev brothers likely were preparing to launch more violent attacks before their odyssey of terror was disrupted last week — given the large quantity of weaponry they possessed — but that all evidence thus far indicates they were acting alone and were not part of a broader conspiracy.

“All of the information I have is they acted alone, these two individuals, the brothers,’’ Mayor Thomas M. Menino said today on ABC’s “This Week.’’

“The older brother’s dead now. We have the second one ... in very serious condition,’’ he said. In an apparent reference to his medical condition, he added, “We don’t know if we’ll ever be able to question the individual.”

They have the surveillance video but wont released it? Thousands of people but none of the people had a camera?
In the Boston Global it states surveillance video showed Dzhokhar Tsarnaev dropping a backpack and walking away before the second bomb exploded. Yet on the FBI website it doesn't show Dzhokhar Tsarnaev dropping a backpack other then passing by.


After the blast the blast and it shows his light colored backpack strap still on his shoulder. As recent released pictures and videos have shown, remember one thing. 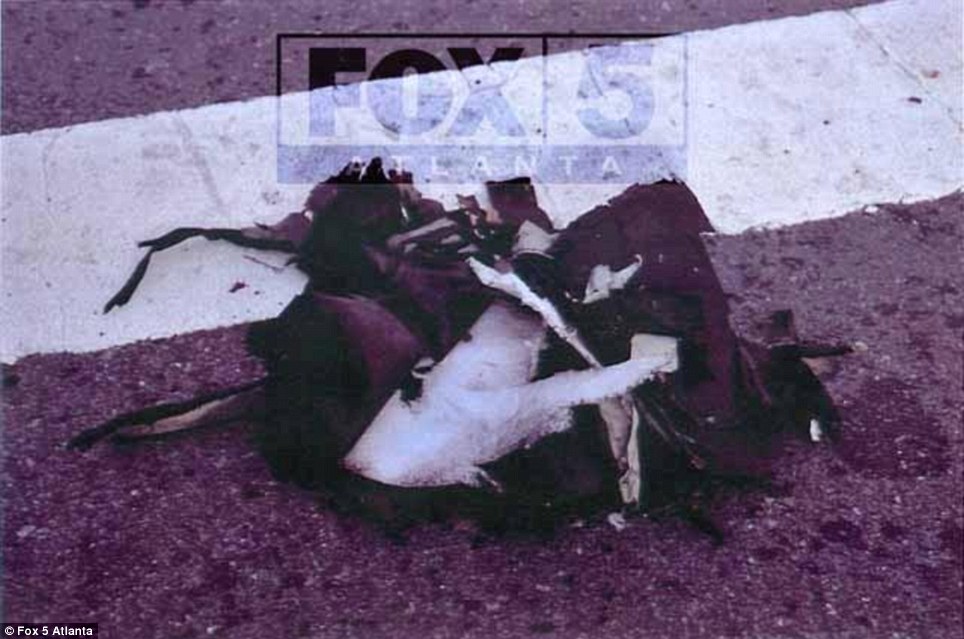 The explosion of the opposite of the library.

Damon Kiesow Senior Product Manager of Boston Global is Covering Up the Tweet and Trolling Users.

Have you also noticed something? every news outlets and cameras were focusing the finish line and the the opposite of where the library what is significant about the library well its mainly due to a tweet by the Boston Global which now.

Do Note Parts of the Video are Graphic in Nature.


The Boston Globe@BostonGlobe: There will be a controlled explosion opposite the library within one minute as part of bomb squad activities.


Watch the video of the blast and notice how some of the cameras are avoiding the library. In this clip an interesting clip shows national guard troops were at the scene of the blast.

Watch and phase at 2:07. And another National Guard at 1:43. Do watch it yourselves, it also seems the cameraman is not even focusing at the explosion site but rather wasting the camera filming the buildings near it.
< SNIP - The ATS Terms and Conditions prohibit images of gore or links to such materials. >

In an weak unprofessional manner Damon Kiesow Senior Product Manager of Boston Global has being trolling and blocking twitter who further question either the tweet or the saudi national who still in the hospital.

According to Damon Kiesow it was a drill but his own article which was written in an weak unprofessional manner which criticized anyone questioning it and he stated this how conspiracy theories start well at the same Damon Kiesow should know blocking users on twitter just because of asking or debating would only further question it more.

In Damon Kiesow article, he stated the following.

In the hours after the bomb attacks at the Boston Marathon (2:50 pm ET on April 15) police responded to multiple reports of suspicious packages. At least two were destroyed in "controlled explosions" around 4pm ET. The Boston Globe tweeted about these suspicious packages so residents would not be alarmed.

Then tell was Boston Global tweeting about the fact those explosions which occurred were controlled explosions at the opposite of the library within one minute as part of bomb squad activities? as seen in this YouTube video from an earlier thread?


In Damon Kiesow defense for his claim and attacks on who anyone question the official narrative of the blast he uses two twitter users which arent very reliable.

One Canadian namely Matt H and another calling himself Dave who lives in Seattle has only tweeted around 500 tweets not someone would i call reliable and of course the other users Damon Kiesow which had posted in his article.

So whose John DeMayo you might ask? an bot who keeps attacking Alex Jones.

‏@jawajohnny 9 Mar @RealAlexJones Listen to you. SXSW tyranny? You're so paranoid you think a film festival has it out for you. Get real, man.

Of course you would thought that Damon Kiesow would knew that John DeMayo is a bot? i wouldn't thought not. Although none the less this was a weak attempted at attacking users those who are questioning the official narrative.

Here is his article.

The 'controlled explosion' farce Q: How do conspiracies get started? A: You need to really want to believe.

Whats worse of it all his a Senior Product Manager at the Boston Global.com and yes Boston Global and when i say and what i had meant by trolling do see it yourself.

Spamming and Trolling Users his own Artlice which was poorly written.
That tells you something.

Although the emerged images showed an different person, a very skinny person you cant be skinny in just five days and if the person is skinny how was he able to hold any weapons without any strength?

Completely irrelevant statement.
You should see all the Taliban fighters in Afghanistan, all of them very skinny.

As far as the backpack, is it unreasonable to think he dropped the one with the bomb then retrieved his other one later? I don't think so.

Then all the conflicting reports in the early stages:

What I think, is that everyone wants to be the one who breaks the story first, so every little rumor gets reported.
Add to that, that every news org., local politician, law enforcement agency, and political group wants to use the opportunity to push their agenda.

I think that's how we end up with so many changing and conflicting reports.

So no I do not think it was a false flag.


But I got bit by a mosquito earlier, and all the evidence leads me to believe that was a false flag attack.


So no I do not think it was a false flag.

Did you even read this and the way Damon Kiesow was criticizing anyone questioning the tweet by Boston Global? which again i will post it in the post again.

BREAKING NEWS: Police will have controlled explosion on 600 block on Boylston Street


Just few minutes before the explosions in Damon Kiesow defense he uses two unreliable users by claiming Readers who were following Twitter live clearly understood the timing of events.

No. I dont think this was a false flag- I think think is being used though and I think we are not (and will never) get the "truth".

But I know False Flags happen. I know Governments and Police and the media lie. And I think the possibility exists. I also know I will never know the truth one way or another.

I think sometimes the media confusion is both a smokescreen and because the Government isnt sure itself if and how the story can be spun to promote an agenda.

posted on Apr, 21 2013 @ 07:13 PM
link
Something that I have noticed about many events that may potentially be false flags is that there are never any suspects left to question. When reporters did get a short window of time to speak to Oswald, he said he did not do what he was charged with, and he did not get a chance to defend himself. Now if an event is a false flag, those who are perpetrating it are going to want to tie up all their loose ends, which means making sure that anyone who could talk is not allowed to. The easiest way to accomplish this is to get rid of them.

It is very important to note that I do not believe this was a false flag event, although I do not discount the possibility. I know too much, and others should as well, about what other governments, including the US, have done in the past. People seem to think that there are not certain people and cliques within the government who are capable of and who would have innocents killed for political gain. The stunning part is that it has been documented in the past; it has been proven to occur within the US government, not to mention other nations who have no qualms about killing innocent civilians of ALLIED nations, just to make a point or get their way. And no matter what the US government did, they would know what really happened, and they would not pursue the foreign agency responsible if they were allies, simply because politics is about appearances and personal gain with people capable of doing something like this.

So I can believe that this was a false flag, but I could also believe this was not. The main thing pointing to a false flag, just like in the recent school shootings, is inconsistency of information. I have become way more suspicious since 9/11, which was a case with so many holes in it, things that the government never bothered to answer, to suggest that something other than what was claimed to happen actually occurred. And does everyone remember why Clinton was impeached? Because he lied to the nation and the government about his relations with some woman who was not the first lady. And do you remember that it has been proven Bush blatantly lied not only to the government as well as the nation, but to international organizations as well? What does this have to do with this particular case? Everything. It shows that those in power do NOT care about what is right and what is wrong, they only care about personal gain, which can mean many different things.


The way logic works is you assert something then apply the data to validate the assertion. Logic is something you should look into.

The world doesn't have to prove to you that the Boston bombing isn't a false flag.