page: 1
33
<<   2  3  4 >>
log in
join
share:
PatriotGames2
+2 more
posted on Apr, 21 2013 @ 12:28 AM
link
After looking through the photos of Dzhokhar Tsarnaev (Suspect 2, White Hat) leaving the scene of the bombing, I have found what I believe to be an odd inconsistency. There are videos and pictures going around claiming that it shows DT leaving the scene with his backpack still on. In the high resolution photos I have looked at, what people claim to be his backpack IMHO is just his arm. However, in viewing these pictures, I believe I have spotted what appears to be evidence of tampering and a removal of the backpack from the pictures. I absolutely believe I could be wrong, but it seriously looks weird to me, so I turn to you ATS...

The first photograph I have zoomed in on and highlighted the inconsistency with a RED line. 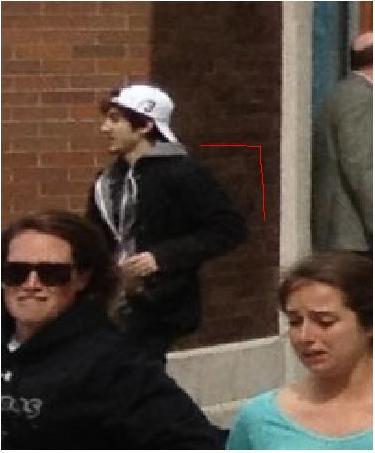 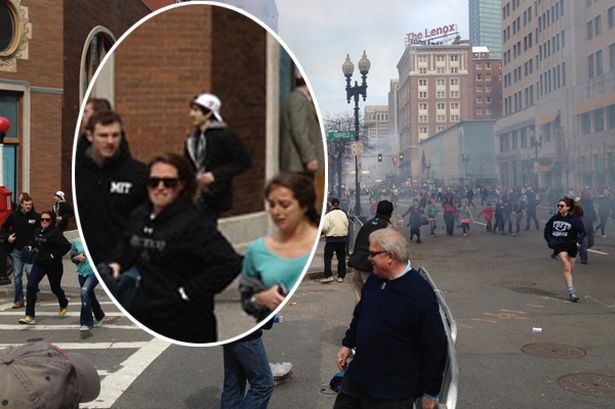 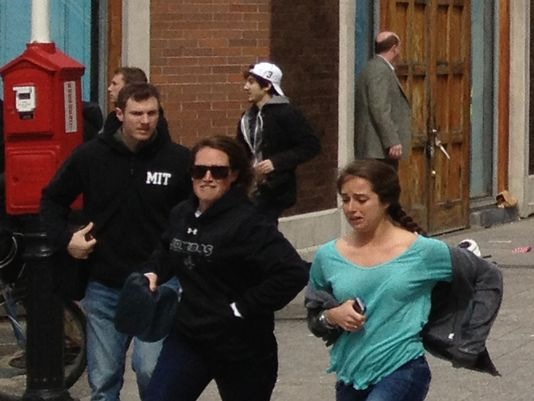 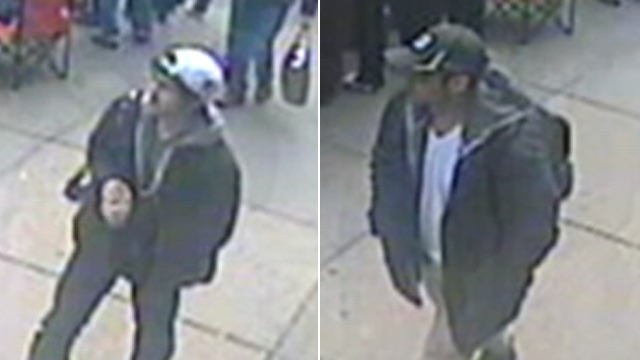 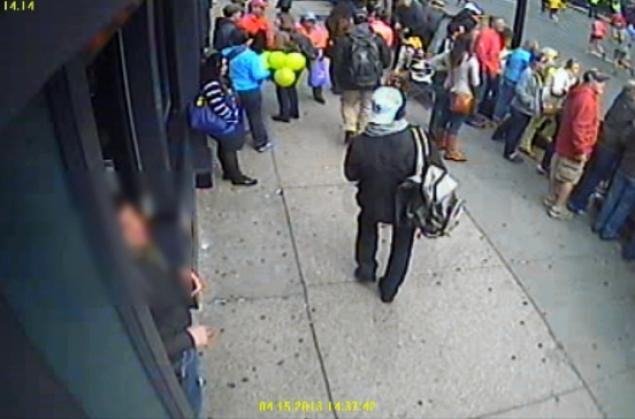 Looking once again at the first photograph and comparing it to the image we have of him WITH his backpack ON, and this is complete hypothesis, it looks as though his right arm matches up. His right arm would be slung across his body with his right hand coming close to his left. This is what I see in the first photo, not to mention how the right side of his jacket is slumping.

To me it looks like he could possibly still be wearing a backpack due to body language and lay of the jacket, and possibly it has been photoshopped from this picture as the inconsistency protruding from Tsarnaevs back would suggest.

The other light coloured bag they were pointing to on CNN, was a tan/beige kind of colour, next to the mailbox, prior to the explosion.

His backpack doesn't match anything that they've shown as what they thought explosives were in.


Yes it looks as though bricks were inserted over the backpack, same posture and same step as the other photo.


The first photograph I have zoomed in on and highlighted the inconsistency with a RED line.

FBI= Now you see it, now you dont

Noticed also he carries backpack on one/right arm most of the time, almost/never both. (it was never heavy to begin with, seems)

posted on Apr, 21 2013 @ 12:54 AM
link
has anyone seen the elusive photo of him actually placing his backpack on the ground? i have yet too see anything of the sort, the backpacks they claim housed the bomb were black, his was not,

as far as the photo i am no Photoshop expert, the way i see it is an unnatural angle

posted on Apr, 21 2013 @ 12:54 AM
link
Look at one thing in the pics you posted - the position of the backpack in the one pic is pretty low near his hip/butt, however the supposed photoshopped area is much higher up. Since he obviously does not have a backpack strap over his left shoulder, the backpack should still be in the same position, which it is not. He does not have a backpack.
edit on 21-4-2013 by redtic because: (no reason given)

Looking at all other pics, his backpack strap is usually on his right, not left.

I found on Google Maps the exact location and building but I cannot get close enough to see the spot on the building. Trying to find a street view
edit on 21-4-2013 by PatriotGames2 because: (no reason given)

posted on Apr, 21 2013 @ 01:19 AM
link
I wear a knapsack walking and biking a lot
seems to me if there was pressure cooker in it he would have been wearing it with both straps on because the weight on on side is not really comfortable or practicle when walking
also the pressure cooker is round which is even worse against the back for wanting to slide off the shoulder

posted on Apr, 21 2013 @ 01:30 AM
link
one may also ask if you believed you were being set up and had two options, 1 being captured and attempting to prove you are being set up, or 2 would be to run for your life, which do you select?

not being in that situation it's easy to say one or the other, but until 'fight or flight' kicks in, one can't say for certain

posted on Apr, 21 2013 @ 01:34 AM
link
Why would the Photoshop retouch artist leave such an identifiable trail?


All of your questions are fair but I'd rather keep this thread focused on the photo and any speculation about whether it's been tampered with.

I'm an empirical evidence kind of guy so I hate speculating and hypothesizing about things such as this event when we barely have any facts but having said that I have not made my mind up one way or another as to whether the suspected parties the authorities have announced are innocent or guilty.

I'm smart enough not to trust the media nor our federal government and I'm well versed enough in historical facts and deep politics to know the shady and down right disturbing things members of our government and private corporations take part in in the pursuit of power and wealth, so I am always weary of "Official Narratives", but as previously stated I cannot speculate on whether we are being told the truth or not here without more factual based evidence, but my gut tells me to be suspicious. Always.

Ignoring terms like "New World Order agenda" and "false flag" allows us to focus on the reality of our world and focus on facts, not emotions or illusions. There are evil people out there with major goals and aspirations who have quite a bit of resources at their disposal.

It's obvious he had russian leprechauns helping him in that photo. They are, obviously, invisible, which is why you see the anomalies.

Can't rule it out, therefore it's plausible.

I mean have u even seen someone walk like that?


Except Leperchauns are fictitious beings. No evidence has ever surfaced of their existence... Unless you are holding out on us?


You seriously don't find anything odd with the picture? Forget everything the media has told you about this event. Come at it objectively. Forget whether you believe the official story or disbelieve it for that matter and just look at the pictures. Try and push your emotions, ego, and all other distractions aside. Now, what do you see?

Originally posted by radkrish
Why would the Photoshop retouch artist leave such an identifiable trail?

Because they were obviously in a hurry to create a scapegoat.

not the picture "details".

People believe what they HEAR.

And, who says the "retouch artist" was really a pro ?

Anybody can do a photoshop job.