Assesment of Boston bomb injuries [Some blood, no gore]


So this is what ATS is now?! Anytime anything bad happens it's staged and they were actors! It's a false flag or the govt did this to take this right away or that right away. I mean come on. I believe in a lot of crazy things but sometimes things are just messed up and people do things that can't be explained and don't make sense. I feel those who call this fake and full of actors are just sick people. What if it was your family member? Would you feel the same way?!


OP I appreciate your thread and experience that helped make your points. I never once thought these peoples injuries were fake and to say so is just sick. The poor man looks like he is in shock!


I love how everyone wants to say how someone should act in this situation yet how could you possibly know?! You don't know how anyone will act for certain in a situation until you are in it yourself! Some may scream and some may just be in utter and total shock that they say nothing.


yes, very true. and arteries can retract inside the victim.


True, femoral arteries are nortorious for retracting into the pelvis which is a death sentence.

boston marathon bomb victim (the man who lost his legs) is actually Nick Vogt, former US army officer who lost his legs in Kandahar Afghanistan with the 1st Stryker Brig 25th Infantry Division in Nov. 2011

picture of this man are located at the link above.

When these events happen that have "drills" on going at the same time probably have "actors" employed to be a part of the drill, just as Im sure some of the military that were there were for part of the drill. When the drill goes live, there are large groups of people who believe they are acting out a scenario they were hired for and then of course those who are believing they are in a real situation. During the moment, you wouldn't really know the difference, especially since as we heard police were announcing over loud speakers to "remain clam, this is only a drill".

This could also be a big reason why there is always so much confusion after an event like this. Two camps of people with two different stories. If you were an "actor" for a drill, I am sure you would sign a non-disclosure agreement about what you were participating in and could potentially face legal action if you spoke out. This could also explain why we almost never get to hear testimony from injured people who were at events like the Boston bombing or Sandy Hook. In a media obsessed country you figure these people would get plenty of air time but we almost never hear from these people. Interesting?

This is all just speculation, just throwing ideas out there but this whole scenario is very odd and strange.

posted on Apr, 20 2013 @ 07:43 PM
link
Not directly related to the gore/injury part of the explosion but there's just one thing I have to point out:
The premise of the fakers is that they blew up a bomb and their actors who faked their injuries were right in the explosion. These magical actors somehow had immunity to the explosion and survived it without any problems and then faked their injuries using prosthetics and fake blood etc.
That's one of the most stupid premises of conspiracies I have ever read and I've been on the site for quite awhile.


isn't that the guy who id'd the bomber too?

OPINION noted
hmmm
you still on this thread?
reading all the posts?
good

posted on Apr, 20 2013 @ 07:55 PM
link
I must say from the start, looking at pictures of people injured near the explosions, the amount of blood on the ground seemed pretty over the top.

I've seen a number of pictures where while there's people clearly injured and cut up and are bleeding, they're sitting next to pools of blood, sidewalk almost covered in some parts yet no one appearing to be bleeding nearly to the extent you'd imagine for that much blood on the ground.


Yup these two are the same, let me introduce them to you
Meet Jeff Baum, the injured runner that lost both legs

This is Nicholas Vogt, the Army LT that lost both his legs in combat 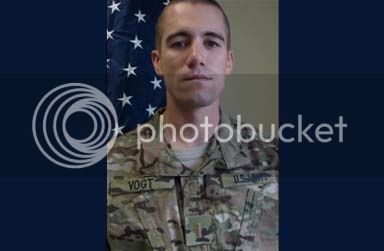 so get it together PLEASE

NOW MY COMMENT IS
identified or not
to treat the issue like it never happens is patently false
www.abovetopsecret.com...


Yes I am aware of that, and I can point you to companies that provide those people.
That still doesnt discredit my assesment, or does it to you?

and applogies, I clicked the wrong post
edit on 20-4-2013 by cavscout11cav because: (no reason given)


no prob CAV
this is a debate
we both present the best we can
hopefully in the end the truth comes out
win lose, there is no draw

and you are presenting a very good case, well presented
if you were preaching to the chior would it be worth the time and trouble?
edit on 20-4-2013 by Danbones because: (no reason given)


no prob CAV
this is a debate
we both present the best we can
hopefully in the end the truth comes out
win lose, there is no draw

and you are presenting a very good case, well presented
if you were preaching to the chior would it be worth the time and trouble?
edit on 20-4-2013 by Danbones because: (no reason given)


Its always worth the trouble. I agree debate is helpful in the truth. A little bit of your side and some of mine dash everyone elses will get to the bottom of it all


Thousands of people were there....how the hell can you pull off fake amputated limbs, fake blood, fake explosions, fake whatever.

This theory of actors etc is about as asinine a theory as I have EVER heard.

How do you shut up all the people there that were not a part of the fake injuries and fake explosions?

Sometimes a duck is just a duck.


Thats a reply to me, do you think I believe they were actors? I created this thread to point out against the actor claim. If not, my appology for misunderstanding

posted on Apr, 20 2013 @ 09:19 PM
link
I know people that knew Krystal, she was killed and her friend was hurt..... I met a runner on Tuesday, she immediately broke down when someone mentioned the bombing....Martin, the little boy that was killed, his mother and little sister were badly hurt....these are very real people

PETER POWER: At half past nine this morning we were actually running an exercise for a company of over a thousand people in London based on simultaneous bombs going off precisely at the railway stations where it happened this morning, so I still have the hairs on the back of my neck standing up right now.

actors while there are wounded and patsies is stupid?
tell that to the actors and wounded and dead at the london 77 bombing DRILL

posted on Apr, 20 2013 @ 09:45 PM
link
This entire thread is a reaction to points I raised originally in a different thread. Since exposing this to be a false flag my work was censored and I was banned from the David Icke forums. I then brought my observations here yesterday, since then the OP has thrown his credentials on the table time and time again while questioning mine in an attempt to discredit my observations. This is an incomplete analysis with only 3 photographs, no series of time, and no frame by frame analysis. His observations are aneqdotal and do not speak to the series of events that are presented when viewing the situation as a whole. He also edited out one of the most important parts, the gap in the tourniquet.

I do not doubt his experience so much as his motives. I will be creating my own thread tomorrow with an in depth analysis of every photo available which pertains to this staged event rather then pander to this half baked rebuttle to what was originally my own ideas and observations.

You are being told this false flag was real by an ex-army personel. Just step back and think about that before making up your mind.

This will be my last post in this thread.


Thousands of people were there....how the hell can you pull off fake amputated limbs, fake blood, fake explosions, fake whatever.

This theory of actors etc is about as asinine a theory as I have EVER heard.

How do you shut up all the people there that were not a part of the fake injuries and fake explosions?

Sometimes a duck is just a duck.


No it's not. What is stupid is your lack of discrediting well evidenced posts showing it might very well be staged.

Go ahead and discredit these posts by Mykah.

Discredit both Mykah's posts on these pages I linked.