Star Trek themed amusement park to be unveiled in 2014

posted on Apr, 20 2013 @ 11:50 AM
link
Trekkers in the Middle-East rejoice! I know this is somewhat old news (couldn't find it in the ATS searches,) but it's new to me and pretty neat, being a very big fan of the franchise. My only annoyance is that I'll never be able to visit the park...unless someone invents a cheap-to-use transporter that can whisk me away to Jordon.


The park is a pet project of King Abdullah of Jordan, who is known to be a fan of Star Trek, having once featured as an extra in an episode of the television show Star Trek: Voyager.


...funding worth $1.5bn was secured for the project


according to Randa Ayoubi, the chief executive of Rubicon, that’s mere pocket change compared to what is spent to build even bigger parks like Disney World and Universal Studios, and would only be able to cover licensing fees. So this 74-hectare (183-acre) attraction is comparatively tiny. (Walt Disney World in Orlando takes up over 30,000 acres, including all the resorts, transportation, and all four parks.) And unlike its more gigantic cousins, this project — called The Red Sea Astrarium — will require less visitors a year to make a profit (only 480,000 rather than millions upon millions). 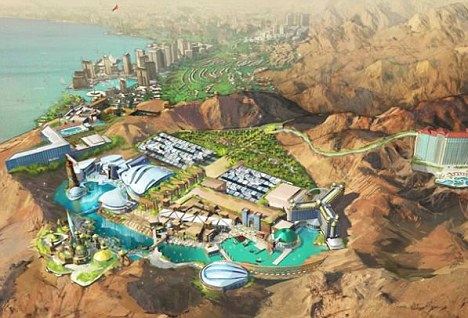 Rubicon is said to be developing the “entertainment aspects” of the park, and it appears that it will be partnering with Paramount Recreation and CBS Consumer Products — which owns Star Trek — for creative development on attractions such as a planned “space flight adventure,” which is promises to deliver “a variety of multi-sensory futuristic experiences … that takes real-time immersive entertainment experiences to bold new heights.” The park and resort will also include restaurants, hotels, theaters, and shops.


The theme park isn't entirely Trek themed and promises to have other historical and educational attractions.


“The Wonders! ride is a thrilling, unpredictable journey to the ancient past that gives riders an incredible experience of visiting the Wonders of the World as they were meant to be seen,” said Lenny Larsen, director of Themed Entertainment at RGH. “By immersing the guests into the actual times and places of ancient civilisations they can fully appreciate these man-made wonders.”


This actually sounds pretty darn neat. I have often wished that I could see the wonders of the world in their heyday. This simulation sounds like the next best thing!


Construction on the park is expected to begin in March 2012 with the opening scheduled for 2014.

My only question is...why can't they build this near me! Oh wait, they did and I failed to visit it Even though it was in the same state I live in, I just wasn't able to scrounge up enough $$$ to visit the Las Vegas Star Trek experience while it was in operation. 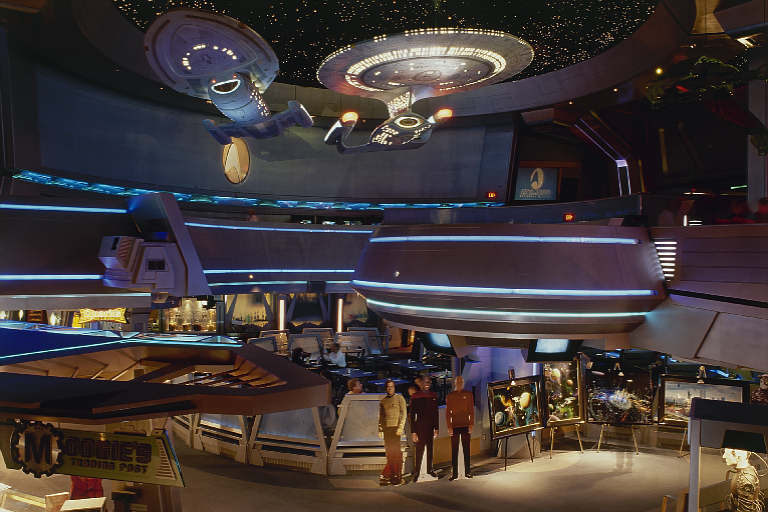 It's okay though, I've been saving up my money in a special "Holodeck" savings account. By the time one is invented, I should have enough to buy one


How do i apply for a job there?

I speak Klingonese and Vulcan and i have my own uniform

It's kind of weird if you think that Middle East people actually hate everything American, but it sounds cool and kudos to the king.

posted on Apr, 20 2013 @ 10:45 PM
link
I was going to say "sheer awesomeness", until I read the rest of the article. Looks like the middle eastern financier is cutting corners and diluting the brand.

If this was done in the States, and on a proper scale ( maybe a world or district for each 'generation'), so you could go from old school Captain Kirk to Next GenerTion, etc. ....well, THAT would be sheer awesomeness. You know Comicon would relocate and have its annual convention there. Nerdies from all over would flock there for Klingon weddings. The park would make a mint selling phasers and Geordie visors.

In the wise words of Patrick Stewart, someone should Make It So!


I like the way you think! I didn't see the part about them cutting corners on the project though. Even after reading all 3 articles?!

It does sound like a pretty small park after all, but it's still pretty neat even if most of us won't ever be in that part of the world to enjoy it. I think it's pretty cool that one die-hard Trek fan with lots of cash is building something all his neighbors can enjoy

Who knows--if the park gets some attention over there, maybe someone with lots of cash will do something with it over here.


I hear that you have to cheat at the Kobiyashi Job Interview to get hired. Is your uniform homemade or did you order it from somewhere? What era and what position? I've wanted to make myself a TOS era uniform for a long time but have been too lazy to start sewing. 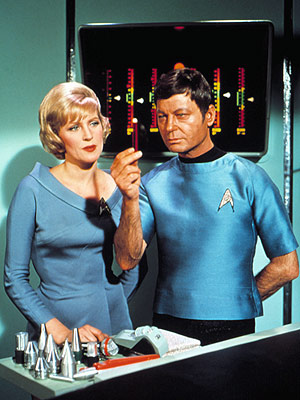 --and I would wear the sciences and medical colors.


After i saw your thread, i visited the Rubicon entertainment site, just in case they have openings. They don't,but i'll keep an eye just in case. You never know.

I bought the uniform and it's science,TOS era.
edit on 21-4-2013 by Phantom traveller because: (no reason given)


I got that they were cutting corners and diluting the brand because 1) the park will be very, very small as far as parks go, 2) their budget is small compared to what it costs to create other parks, 3) it is not entirely Trek-themed- with modern space travel exhibits and ancient history areas, 4) which makes me conclude that given their physical constraints of space and money, they might have a few Trekkie rides and they might have an overall Trek theme of characters working the park, but it might be not much better than the better Trekkie conventions. Maybe something like Canada's theme park -Canada's Wonderland. It used to be licensed as a Hanna Barbarra park, and many of the rides, and all of the dress up characters were HB licensed creations, but no one would ever possibly think that they were surrounded by Fred Flinstone or Yogi Bear

2) It's in JORDAN, a place that lost nearly $1 billion in tourism last year, due to the political instability of the whole region. I at least hope they plan it near one of the existing tourism hot spots.

3) Seems it should be all or nothing, so far, sounds like it's pretty half-baked. Should be all Trek or not Trek, or at least have a whole part of it devoted to it, to not take you out of the magic (picture the "islands" of Islands of Adventure, for example, or the different "lands" of Disney).

4) Planned opening is next year, yet there is NOTHING on the web past 2011 about this...so I'm thinking it still is conceptual.

I have to think the franchise would do much better with something in Orlando, FL....the tourism capital of the world.

posted on May, 21 2013 @ 12:46 PM
link
The king of Jordan is a Star Trek fan .. and he appeared as an extra in one of the episodes. I think he's probably more 'Western' than 'Middle Eastern' in his thinking. It's a cool idea for him to come up with but considering the mentality in that part of the world, someone will burn it down and claim they did it for God .. that the trek dress uniforms on the women were too short or something.