Notice to FEDS: If you "See Something - Say Something"

posted on Apr, 19 2013 @ 10:01 PM
link
There has been lots of odd goings on at the Federal level with the Boston Bombing and related events. For instance, the FBI had a lone wolf suspect arrested then Alex Jones pointed out a possible patsy in the photos who fit the profile (the guy with red t shirt and blue jacket) and then the arrested "terrorist" was not brought out. In fact, there was a "bomb scare" at the courthouse forcing the media and any other potential witness away from the scene as an armored vehicle with an armed soldier came to the scene (possibly to wisk the patsy away). This implies a) foreknowledge of a terrorist attack, b) the manipulation of a patsy to take the fall to further a political _javascript:icon('')agenda and c) direct lies and deceit against the American people. Surely there are Federal Agents who are not directly a part of a conspiracy who have seen these events unfold and can count to 10. Now is the time for those who consider it an honor to serve their country and uphold the Constitution to do the right thing - the heroic thing - and stand up and "say something." Make Janet Napolitano proud.....
edit on 19-4-2013 by CosmicCitizen because: (no reason given)


Is still missing, last text sent from Newton/Watertown.. FBI has no developments on finding him despite current events & goodbye note says he was up to something big. 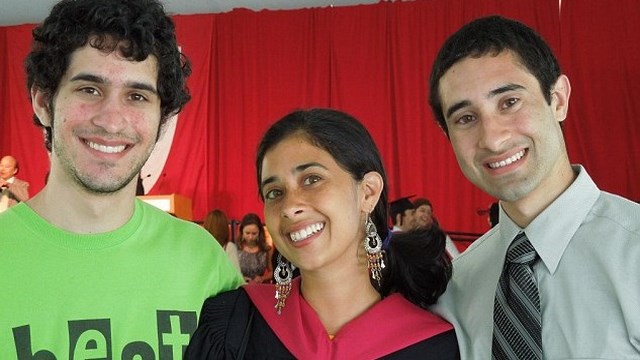 I say this dudes body is gonna be used in current or future false flag/staged op.

In fact, there was a "bomb scare" at the courthouse forcing the media and any other potential witness away from the scene as an armored vehicle with an armed soldier came to the scene (possibly to wisk the patsy away). This implies a) foreknowledge of a terrorist attack, b) the manipulation of a patsy to take the fall to further a political agenda and c) direct lies and deceit against the American people.


Uh boy....hey how about googling missing college students and see how many pop up...are you kidding me?

Did you not see the photos of the guy in question carrying a bag (black bag with silver/grey stripe on the strap) similar to one seen later in shreds (stripe on strap still present) and carrying it on his forearm as if he is going to set it down somewhere (vs on his back)? How do you account for the news media saying from inside sources that they have arrested a suspect ("lone wolf") and then not bringing him out and not only cancelling the press conference but also evacuating the building with a "bomb scare"? Conspire to seek the truth and deny ignorance.

We'll have to make a mental note of his name for future reference.....

Of course it would be risky to speak out....those that did so after OK City and 911 were either demoted and transferred (ie, the fbi agent that brought up the MN flight school connection) or killed (eg, the OCPD "cop of the year" who helped victims from the building and said that there were unexploded bombs in the building).
edit on 19-4-2013 by CosmicCitizen because: (no reason given)

Surely someone in the government knows something about the original suspect, the Saudi national, who was injured in the blast and required a phone call from Obama to the Saudi ambassador. Now Glenn Beck says he has vital information on this that makes it the biggest story since 9-11. FWIW, all of the hijackers on 9-11 were Saudi also. "See something - say something" people.


Thanks for the link was an interesting read and good pictures.

They remind me of the observer from the tv show Fringe.

Interesting how the "contractors" who were just a few yards from the one bomb near the finish line before the explosion where running to the area from across the street afterward (remember there are runners going by to the finish line).....I wonder what they knew and when.
edit on 20-4-2013 by CosmicCitizen because: (no reason given)