posted on Apr, 19 2013 @ 08:28 PM
link
i have kept away from the bombing threads... but it isnt right that thepharaoh doesnt comment.
seeing as the suspects are neutralised... i think its time to comment

iv noticed a few things over the last few days....i thought id have a go at watching the videos and trying to come up with a lead..... no conspiracy theories... i looked at the official story...

firstly, the bombs had no context.
as the motive and objective are still unkown... all we can work from... is that this is random and unresourced.

as its not in line with any known BS... i kept an open mind
i then notced the story is being high-jacked, re- packaged then re- distributed...


i turned on the news today, and saw a pictue of the two suspects
i thought.. wow.. Tom Cruise and Adam Sandler have gone loops. 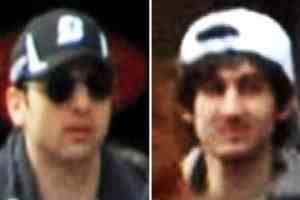 first video... i watched the initial explosion... and if body language is excepted here...
i saw many individuals, volunteers, in hi-vis tops, a few soldiers and police helping the victimg
i saw, volunteers running...putting people in push chairs etc

what also saw is that they were running past a few chilled soliers, in uniform, texting on their phone, having a chat
weird....no where on earth would i of seen that

but thats bs.. so i started watching harder

and my "help" to the police....well
one thing kept popping up.. over and over again.
if the matrix speaks....then the police need to tear the MIT campus a new a-hole

.. ok not just for the shooting..dead policeman, armed robbery, grenades, carjackings etc
but for a few other things

1) i saw many images of the suspect straight after the bomb...he looks like hes reacting...
but i noticed a firm upstanding MIT bomber jacket dude in front...in most of the images 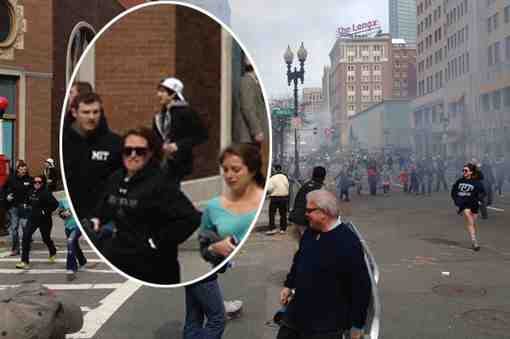 the father and sister are saying the boys were set up..
but one thing they ALL said including that passionate uncle
they all made the impression or directly said
they had no contact with them for the last few years
and
they were living at the college...so they were known to have no reps in this country
they were also known to the FBI.

Obama has done a brilliant job in releasing such great resources while staying quiet.
there are soo many eyes an ears on the ground - im saying if local police had a cover up... hes made it very hard for the collaboraters

well done for taking the young kid alive... if it was down to local police???....obama did well, he pulled a good card.

lets see what the suspect says
but i think its another james holmes killer victim scenario
nothing to do with chechenya.... the media should be ashamed
chechenya was fighting the soviet army...not marathon runners in boston


im seeing two guys set up?... probably told to meet someone there

lets see hey.... im still shocked that he was taken alive... i had money down that a judge dredd officer would of got to him... or a callaborater

once again...well done O to the B for swarming the area

posted on Apr, 19 2013 @ 08:29 PM
link
I heard a slip of the tongue on NPR radio in the car about 2:30 this afternoon that negotiators were talking with him. I found it very weird and took a break from the info on this case at this point. About 6pm I turned on the TV and heard that a negotiator was on the scene. I again took a break, came on now to ATS to find out he is captured.

its also fishy because his older brother looks notting like he really looks, style wise, and hes hiding everything to tell his real facial features.... i guess the only way we could find out is if someone saw him after the bombing and he didn't have a shaved beard

posted on Apr, 19 2013 @ 08:44 PM
link
also kinda looks photoshoped, that and the picture has also been compressed because you couldn't zoom it in again and get the same quality that their zoom already has
edit on 19-4-2013 by WanderingThe3rd because: (no reason given)

the amount of males with large bags.... whats with all the hippies?
theres loads of them
edit on 19-4-2013 by thePharaoh because: (no reason given)