posted on Apr, 19 2013 @ 07:41 PM
link
It doesn`t take much imagination to think of which would be the better deterrent to terrorists out of the Saudi`s spa treatment or the US Guantanamo Bay style treatment imo,that if they were serious about ridding them from their country or to send a message that they oppose terrorism one would think they`d adopt a harder line.

SAUDI Arabia is hoping to wean jailed al-Qaida militants off religious extremism with counselling, spa treatments and plenty of exercise at a luxury rehabilitation centre in Riyadh.

In between sessions with counsellors and talks on religion, prisoners will be able to relax in the centre's facilities, which include an Olympic-size indoor swimming pool, a sauna, a gym and a television hall.

The new complex is the work of the Prince Mohammed bin Nayef Centre for Counselling and Care, a body set up seven years ago to rehabilitate extremists jailed during a Saudi crackdown on the local branch of al-Qaida. 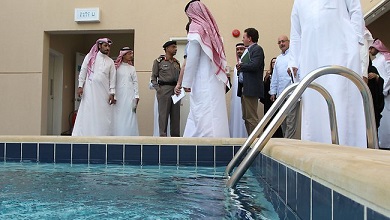 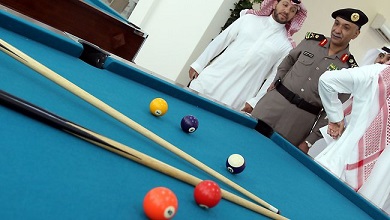 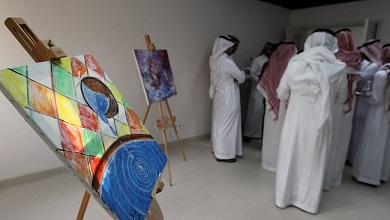 I kinda feel spoilt, can`t get too flabby now, can we? 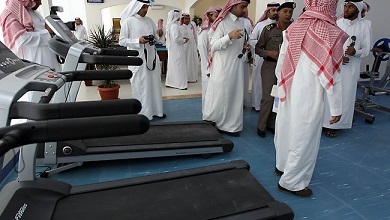 What next 70 pole dancing virgins?

Sounds more like a reward or recruiting to me.

How others are treated who are not al-Qaida...

Ali Al-Khawahir, Saudi Man, Sentenced To Be Paralyzed In 'Eye For An Eye' Justice

Enough to make me sick

posted on Apr, 19 2013 @ 11:47 PM
link
The Saudi's give terrorists everything they need and send them off to Syria. Disgusting dictatorship who need bombs dropped on all their palaces.


It wouldn`t surprise me if the luxury spa (they call a prison) is where the battle weary al-Qaida go to get some R&R before heading on out into the field again.

posted on Apr, 20 2013 @ 07:04 AM
link
I've vaguely heard of this prison. If I recall correctly, I believe it actually has a very high rate of success for rehabbing.

If anyone could dig up more info on it, that would be great. I'm not sure where to look for unbiased info.


Edit: I misread, I thought the facility was over 7 years old. It is the group running it that is. I still maintain that I've heard of a Saudi rehab center for terrorists/extremists that seems to actually do as it promises.
edit on 4/20/2013 by Nyiah because: (no reason given)


If that is true Nyiah shouldn`t they treat all criminals (some are just too ridiculous to call them that) the same as terrorists.? give them all luxury spa`s for a while.

That would be my main beef.


Saudi Arabia Is justice system based on Sharia law due to Islam being the official state religion.

The death penalty can be imposed for a wide range of offences[2] including murder, rape, false prophecy, armed robbery, repeated drug use, apostasy,[3] adultery,[4] witchcraft and sorcery[5] and can be carried out by beheading with a sword,[6] or more rarely by firing squad, and sometimes by stoning.

Saudi law allows the death penalty for many crimes. For example:

Adultery (Unmarried adulterers can be sentenced to 100 lashes, married ones can be sentenced to stoning.)
Apostasy (Apostates are sentenced to beheading but are usually given three days to repent and return to Islam.)
Armed robbery
Blasphemy
Carjacking
Drug smuggling
Fornication
Home invasion
Homosexuality (If a person is sodomized by his or her own consent, then he/she might also be sentenced to death)
Idolatry
Murder
Prostitution
Rape
Sedition
Sexual misconduct
Sorcery
Terrorism
Theft (fourth conviction)
Treason
Waging war on God
Witchcraft

Yet these terrorists get luxury spa`s?

If others escape the death penalty there`s flogging to try and escape as well.


Oh you're completely right, to treat & rehab one group but not the other is totally two-faced. If a terrorist can be rehabbed, so can a thief to a killer.

I'm very interested in the psychological treatments they're doing. If it works, why not apply the methods to other criminals?


Maybe some of the families of loved ones lost due to the terrorists would have a hard time with it.

I think it would be good if it works or is working?,though hesitant to say that as I`m not directly affected.


Here's the Rehab for violent criminals in Saudi Arabia and maybe a few wound up at the prison you are speaking about also.

The official, classified document shows that the authorities of Saudi Arabia have ordered the release of a group of the most dangerous criminals who have been sentenced to death in exchange for going to fight in Syria. Prior to their deployment to Syria the convicts are to be trained in unconventional warfare, terrorism, or in what is euphemistically described as Jihad.

Makes me sick.. The Saudi government are rehabilitating those criminals because to the Saudi regime, they are useful idiots. Instead of them attacking Saudi allies, make them attack the enemies.

Some of the killed or captured Turkish convicts had ties to Al Qaeda associated organizations. One of the more prominent among these convict insurgents was the brother of the leader of the 2003 HSBC bombers. The bombing of the HSBC bank in Istanbul in 2003 killed 67 and wounded more than 700 people. The Saudi document indicates that the forced use of prisoners in Saudi Arabia and Turkey is part of a GCC-NATO strategy rather than isolated incidents.

Now I have done a short stint in Jail here in Aus. We had a pool (it wasn't in use, never had water), We had a gym (No treadmills etc), we had a pool table (It was a piece of junk though), and forced labour .. Those terrorists are getting treated like f/ing kings.


Thanks for the link DarknStormy,its quite an eye opener,and shocking (though not surprising) that nothing is being done about.


As long as their happy getting their hair permed and their manicures before they die, I'm happy