How is this for chemtrail evidence?

How is this for chemtrail evidence?

Not very good as this video is old and has been discussed before...

What does this have to do with military weapons?

The reporter's claim that trails do not fade away like "normal" contrails is patently false. And this little piece of disinformation has been touted as a fact from the "chemtrail" camp since the beginning. One only need to visit sites like Contrail Science to see images from as early as the 1940's with persistent contrails that don't fade

Another claim was about the "criss-crossing" of the contrails as more evidence of "chemtrails", except that the criss-cossing of contrails has been happening as long as planes have been flying. In following image, the top picture is from "today" and the bottom is from the 1960's: 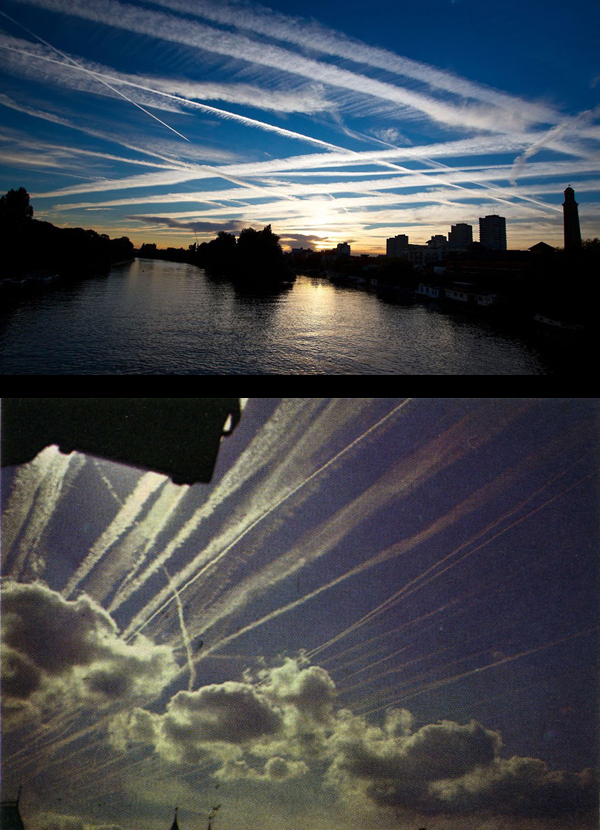 The more time passes, the more the population grows, the more planes are built and put into the air, the more contrails there will be in the sky. In the following image, you will see the growth in air traffic at one location from 1989 to 2004:

You can see there's much more criss-crossing because there are many more planes producing many more contrails.


Finally, the claim that barium came from the contrails of planes:

* Barium
- Barium is a member of the alkaline earth metals group, which make up Group 2 (IIA) of the periodic table, and a naturally occurring component of minerals that are found in the earth's crust, especially igneous rocks, sandstone, shale, coal, aragonite, calcite, chalk, limestone, marble, travertine, magnesite, and dolomite.

- Barium enters the environment naturally through weathering of rocks and minerals.

- Barium is present in the atmosphere, surface water, soils, and many foods.


Other alkaline earth metals in the same group as barium include beryllium, magnesium, calcium, strontium, and radium. Alkaline metals are chemically active.


There are far too many ways on the ground that barium can become elevated. But nobody has ever gotten into a plane to test what's actually in contrails. So, to claim that barium is directly from contrails is blatant disinformation with zero evidence to support it.


Finally, this video is old from 2007 and has been debunked. At that link, you'll also note some corrections from the original reporter who talks about that after his corrections to the story, the wrong version keeps being used.

I was confused how and why it was still being used, considering the gross error it contained. I could find nothing about the video, though, so I used a bit of critical thinking, a minor amount of research, and just a few minutes to write to the reporter. He is still (well, at least was at the time) at the same station, knows he was wrong, corrected the report.....and knows only the report with the errors is repeated on the internet.

It really reflects badly on the people who continue to use it for many reasons:


It also shows your bias. You will accept a "news" report if "chemtrail" theory is somehow supported, but will reject any news story that refutes it. Sorry, but facts are facts. This story doesn't have anything right, the reporter has admitted it was sloppy and wrong, and yet it is still repeated?


He means Tesla ship trails but can't talk about them either.
At least one trail has to be from a secret ship or perhaps all because the
secret ship must fly.