posted on Apr, 18 2013 @ 07:48 PM
link
This one has to be one of those jewels that we find once in a while. I've been trying to find an english version, without succees. That means it's probably unknown for most of members. A unique display of rupestrian art.

With this article, published in two parts due to its extension, the author presents a singular set of rock paintings, most of them of probable archaic antiquity, found in different rock shelters of the Grau province in the Peruvian department of Apurímac. Iglesiamachay is the best conserved site, standing out for the large number of zoomorphous figures, as well as the peculiarity and artistic quality of the representations. The oldest ones consist of about fifty wild camelid and deer figures of great size and naturalistic style, which attract the attention of the observer because of the different colours and designs applied in the decoration of the interior of the bodies. The existence of multiple superpositions evidences the re-use of the shelter for the production of new paintings during the Archaic and later pre-Columbian periods.

The deterioration suffered by the paintings in the great panel Iglesiamachay make it practically unviable the documentation using conventional methods without prior improvement. By submitting photographs taken by digital processing by Image J D-Stretch (Mark and Billo 2006, 2010; www.dstretch.com...), came to light not only the anatomical details of many of the figures barely recognizable at first glance, but, above all, the vast range of designs and colors used to decorate the body of animals and in some cases overlaps the sequence of figures. 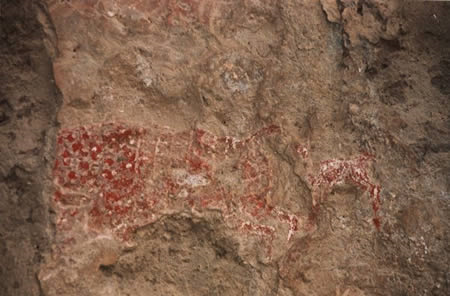 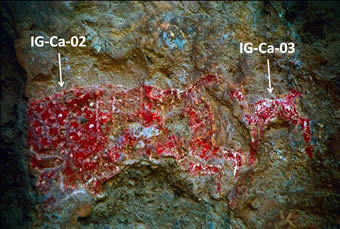 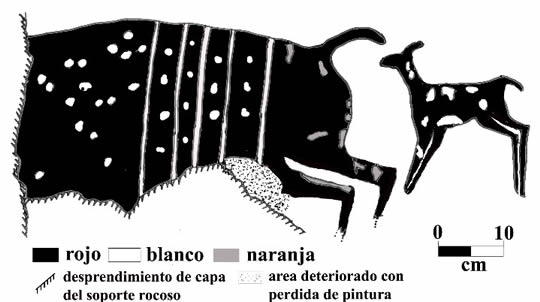 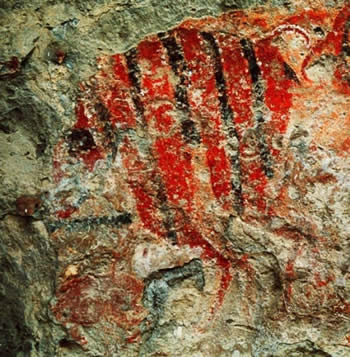 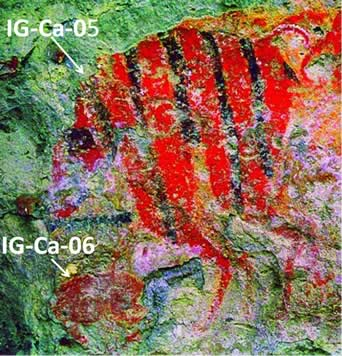 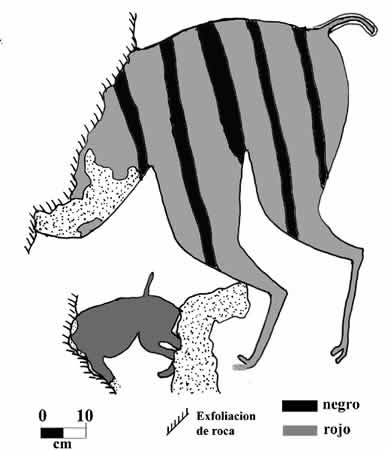 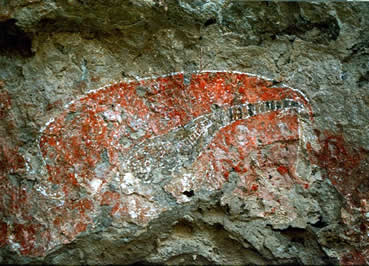 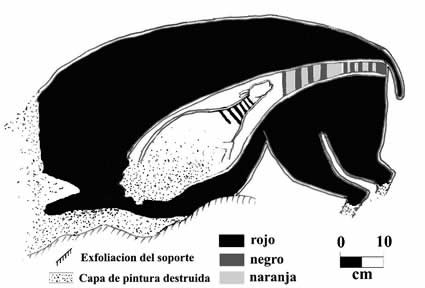 The source (2 chapters), contains a huge amount of information but requires translation. Also many more photos.

Originally posted by punkinworks10
reply to post by Trueman


I agree. Very old and fascinating. One of the pics on my initial post shows an animal giving birth, that's something I didn't see in a rock paint before.

In some of the pics (check source), you can see some animals that I don't recognize. Makes me wonder if they could be extinct animals that we not even knew they lived in the area. Like this ones : 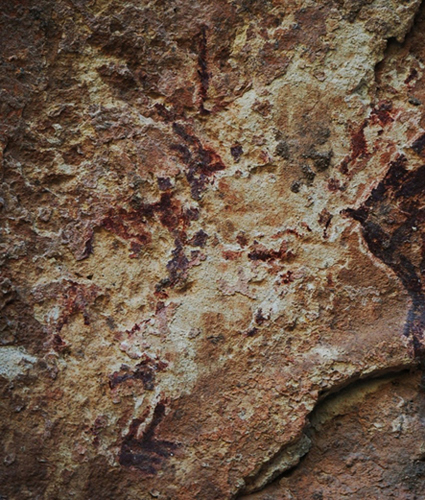 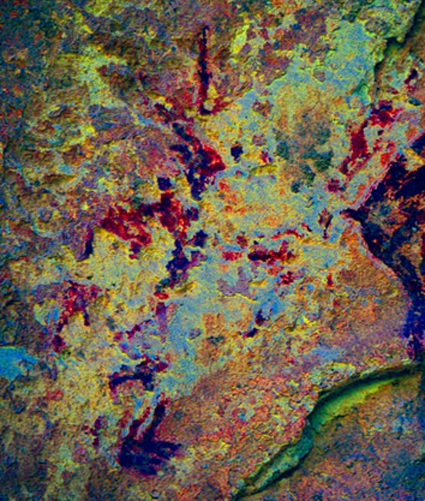 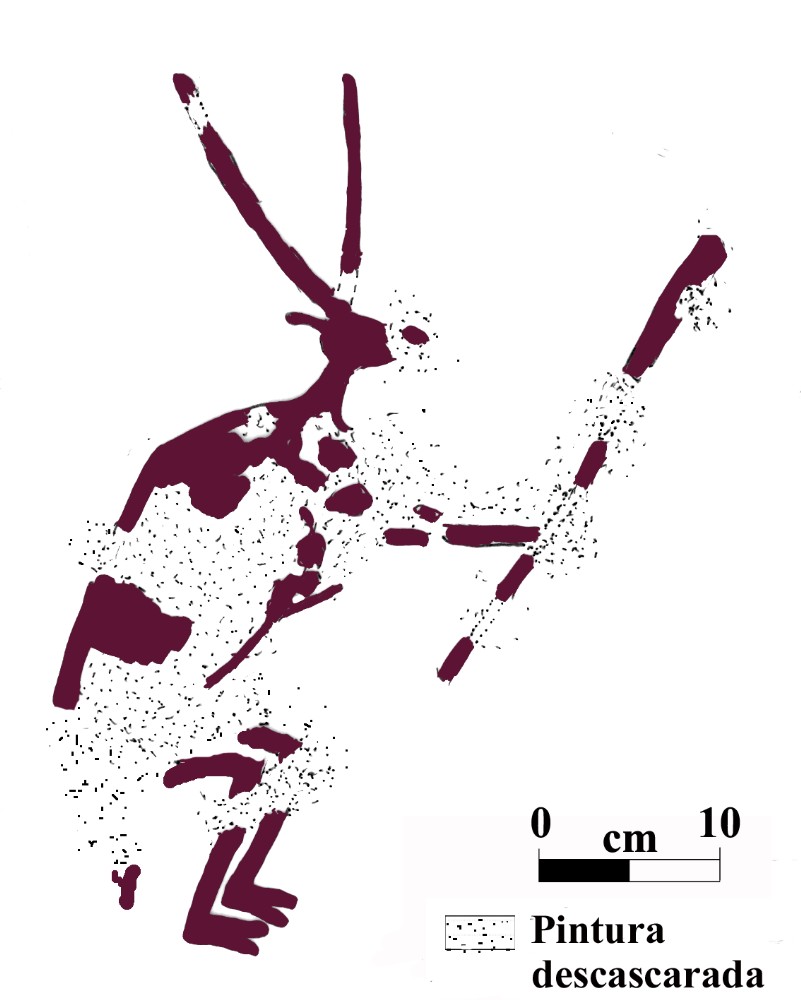 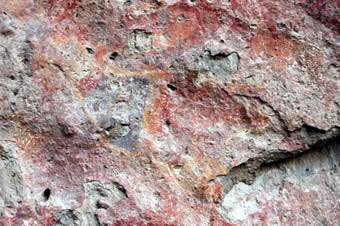 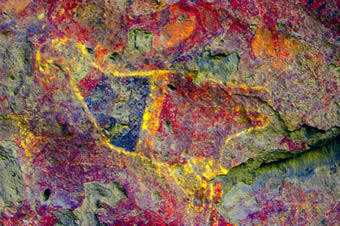 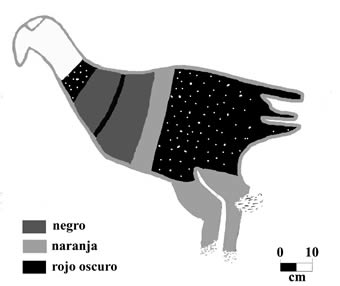 In another unusual aspect of these paints, denote the stylized artistic expression : 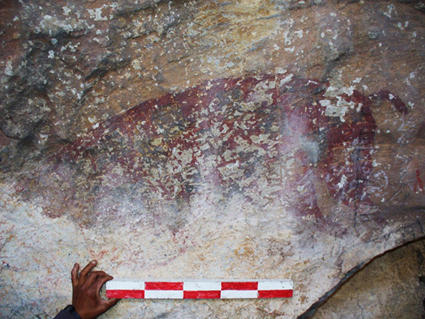 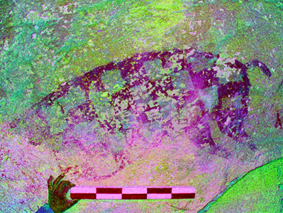 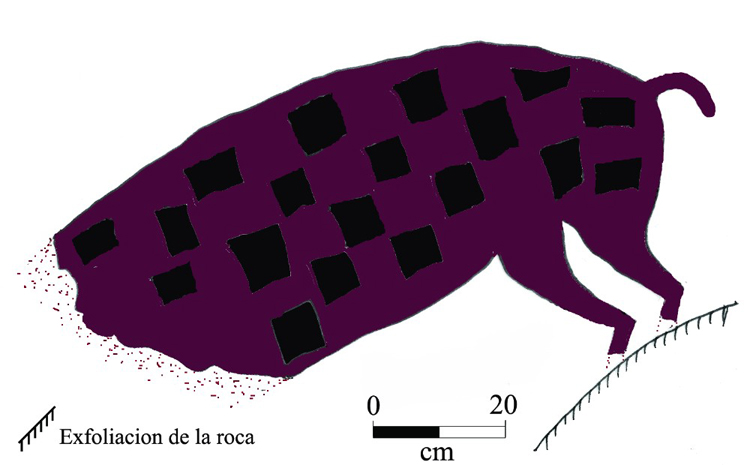 posted on Apr, 19 2013 @ 01:40 PM
link
In connection with an archaic period site, this raises a few questions or maybe provides a few answers; 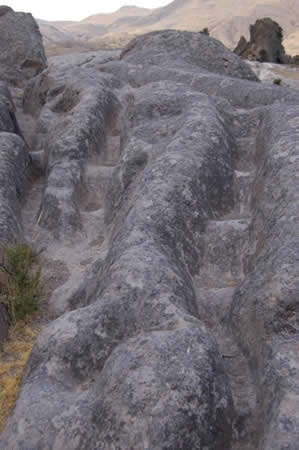 This one even more remarkable.... 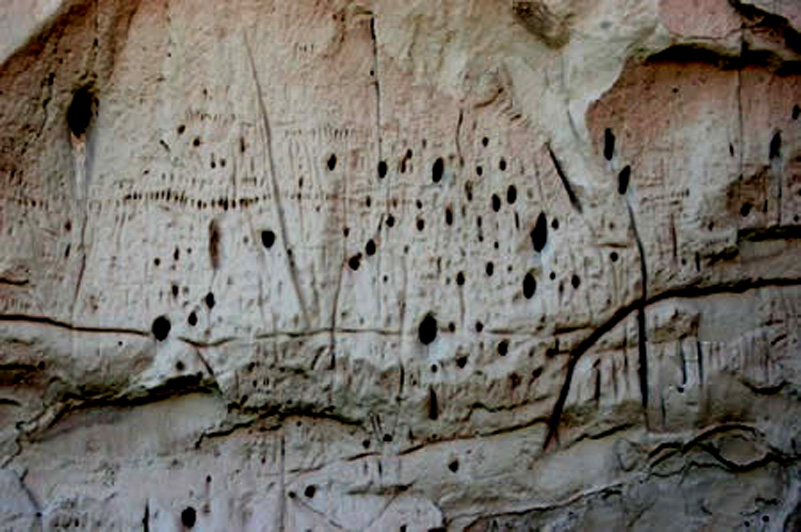 
Exactly same thoughts I had. I felt overloaded with this source. One clear conclusion is that this site had been occupied by men from different periods of time, otherwise all these woldn't match.

I've done a little investigating of ancient paint here in North America, using the very same techniques (photo enhancing.) Stylistically, this does look like the work of a single culture -- would love to see more work from the same area. I suspect the group can be identified... hard to say how old the paintings would be without knowing what the environment is like (how much rainfall and so forth.) The condition reminds me of the wear on pictographs near the "White Shaman" site -- however, that's in a desert environment.

posted on Apr, 20 2013 @ 11:23 AM
link
These are beautiful! Too bad the heads are "lost"; it would be a better help to figure what species is being pictured. The "xray" showing a fetus with the canal open to deliver is something I have never seen before, but so much of cave art is so badly degraded, who knows?

I consider the caves at Chauvet one of mankind's greatest contribution to art. Especially the rhinos. 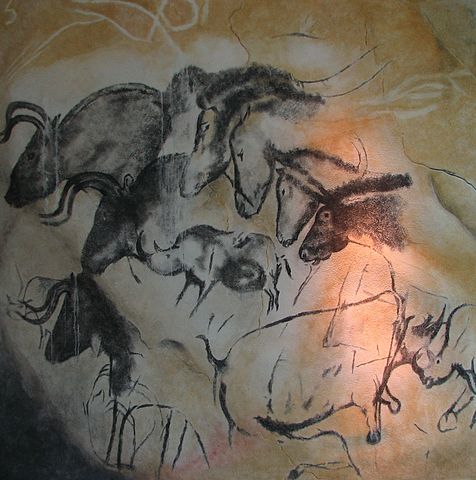 I hope this find is able to document even more. Having the really vibrant colors is too cool.

Oh, almost forgot. The second image in the second batch of photos reminds me of a similar painting somewhere else, although I can't remember just where. That was thought to be a representation of a man wearing the skin of an animal. Which would explain on this one how something that looks so much like a deer could be using a stick.
edit on 20-4-2013 by stars15k because: added stuff


Some of those representations are so detailed, they look like tatoos.

It is threads and art like that that makesnme wonder if I missed my calling...

I am so easily awe struck with cave art and picto/petroglyphs.

The value of a post reply is not determinated by supplementary information presented. Showing genuine interest and taking your time to read the thread deserves all my respect. Thank you.