picture of a star that i took, may not be what it seemed


Not a star and most likely one ship that gives off lighted atmospheric illuminations.
Same thing we have been seeing with orbs and UFOs.

I've seen high voltage hijinks that looked like zebra stripes.
Its amazing what can be made to appear.

thanks for that info! i do understand the basics of atmospheric distortion caused by things in the atmosphere, but i mean this thing was pulsating like no twinkle ive ever witnessed. and i do watch the constellations and know main stars in orion and watched it every single night.i mean EVERY night im outside star gazing and pic taking. this was out of place and never showed up on stellarium or any app i had

thank you for the reply! can you elaborate a little more on what you mean? thanks! 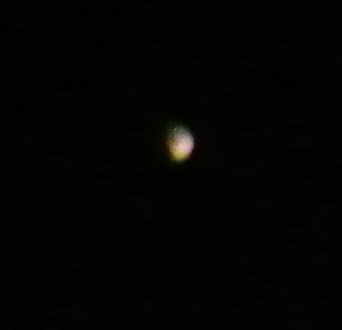 this is a picture of a normal star that i took. it is sirius.

as opposed to the pic i showed before 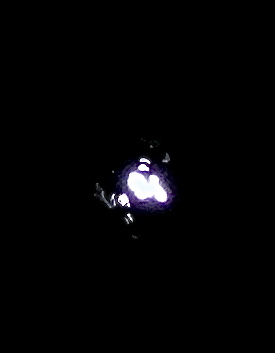 the difference is undeniable and i know my cam and scope pic these objects up fairly clearly
edit on 23-4-2013 by Gemwolf because: Fixed tags

thank you for the reply! can you elaborate a little more on what you mean? thanks!

You have a ship that is causing the illuminations and there is no star.
A star would not appear so bright.
If you think anything other than some kind of ship that would also be incorrect.
Practical resistance free electrical oscillations are not the sort of thing bantered about
for obvious reasons for the ship has many conspiracies behind it according to the
Lyne findings in "Pentagon Aliens".

so i dont mean to sound dumb, but youre saying and agreeing these are actual space ships? because if you are then thank you because i had a feeling but dont want the ridicule in my opinions.

i am in vietnam now and i am star gazing here as well but the pollution makes it hard to see anything,but 2 nights ago i witnessed one of these again while eating at a noodle shop sitting outside. unfortunatly i left my camera at the hotel. but where i was sitting i had power lines in my sight to be a reference point to keep track if it moved or was stationary.

within two minutes this "star" was moving so fast i couldnt keep track and it disappeared in about 5 minutes. im convinced these pulsating "stars" are intelligently controlled.

it definitely is here and multiple of them too it seems. thanks for the feedback! so many questions though. could this be area 51 tech? nixons alien speech? real? or is it some malfunction of equipment? i just feel it isnt et, more like human 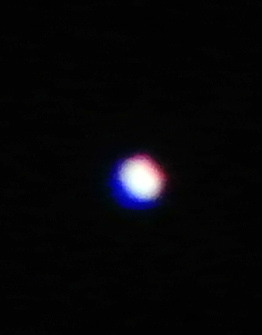 red, white and blue. not altered, original colors
edit on 23-4-2013 by Gemwolf because: Fixed tags

posted on Apr, 20 2013 @ 12:40 AM
link
another thing id like to add is about triangle ufos. i have two pics that have a triangle shape with tails on them. need input as to what you make of these. they look like they take off at high speed leaving the "tails" 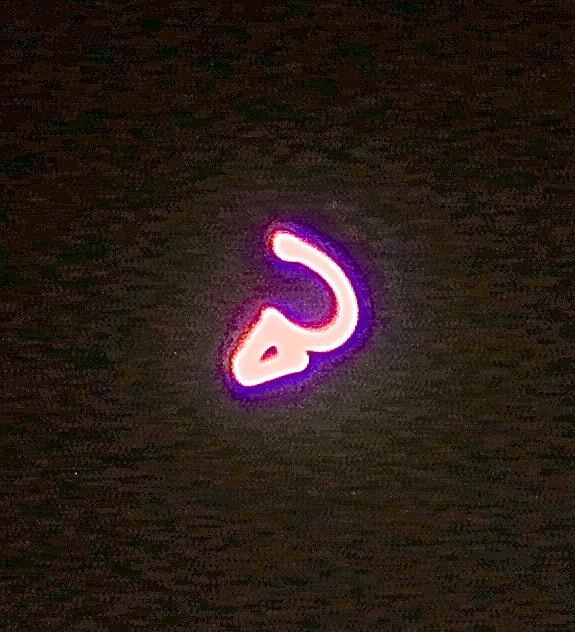 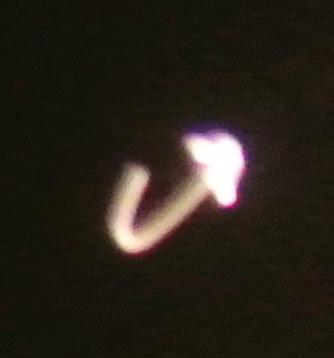 Here is my photo

thanks for the wonderful photo, but im afraid it resembles nothing in any pic i have provided. thanks though!

im fairly familiar with the orion nebula and i was not pointing my cam in that specific direction.

No ships developed by Tesla.

There are groups that have promoted the space ship idea as cult followings.
See Lyne's "Science Dictatorship" or "Pentagon Aliens" for many of the conspiracy fronts.
As you say and everyone else might say space ships as their only option as no one promotes
the idea of very secret developments. I think Mr. Lyne is correct so I say Tesla ships are
up in the skies and not space ships to be more correct.

ok that is what i was thinking too, not E.T. but cult,human ships. if it were E.T. then i would think they would have made their presence known by now if they wanted. maybe they are for the false alien invasion then i suppose?

ok that is what i was thinking too, not E.T. but cult,human ships. if it were E.T. then i would think they would have made their presence known by now if they wanted. maybe they are for the false alien invasion then i suppose?

Well I think the ships will always remain hidden.
So far so good. Who has seen where all the hundreds of air craft are
built and stored. The task seems to be easy enough.

Well people will talk and write about invasion as if part of the plan von Braun once
mentioned after the terror phase we have now.

I suppose von Braun should know since Lyne suspect Von Braun part of the builders
of these Tesla ships and would like the ships he worked on to be known just as Tesla
once sought to build ships but had to settle for non disclosure contracts.

The people who paid for the development are in control as they breached the knowledge
of the ether and energy and gravity all in one swoop by paying attention to Tesla and
have carefully hidden all but a few clues and continue with cover projects.


If you flip over the Nebula in my photo, it does resemble the shape of your first photo. Were your photos taken from the Southern hemisphere? Mine is from the Northern. Where exactly was your camera aimed? Can you re-look at that spot exactly to confirm?

I will try to push the contrast in my photo to see what the pixels do. I suspect that they may begin to look even more similar to your images. What was your setup and photographic data? I will see if I can pull exif from your images to compare.
edit on 20-4-2013 by zayonara because: (no reason given)


Here I took my Orion Nebula, over-exposed it, and pushed contrast and sharpness hard. If your camera does this automatically, as many digital cameras do, you may very well be seeing the "digital exaggeration" of a nebula complete with digital artifacts. Just a possibility.

One question I have is, where are all the other stars? Your photo seems devoid of any stars.

Did the light disappear with coming sunlight like other stars or by itself or did it stay there during sunrise? Would be nice to know

Originally posted by stardustlifeform
another thing id like to add is about triangle ufos. i have two pics that have a triangle shape with tails on them. need input as to what you make of these. they look like they take off at high speed leaving the "tails"

Yes that is what happen when you have long exposure (0.3s is very long from a camera perspective) and aim it at light sources while its shaking/jittering.

I dont get it?

posted on Apr, 21 2013 @ 08:08 AM
link
What are the co-ordinates of the star, and what timezone are you in? If you can give us the coordinates, and the time you look at the star, and your time relative to GMT, anyone who gets onto this thread can have a look at it from anywhere in the world, and we can potentially help you solve this mystery

Personally, I'd say it's something to do with refraction through multiple lenses, and potentially some sort of gravitational warping. Same as how the high powered telescopes often see multiple images of the same quasar or star. Just something to consider