Babylon and the Tower of Babel


"Tower of Babel is tower of mind and modern Babylon is the world today where minds are existing in a continuos confusion of thoughts." 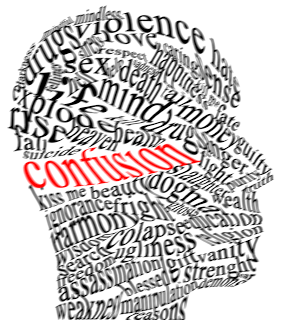 Babylon a city of lost languages....or confusion of languages.

The Greek form Babylon (Βαβυλών) is an adaptation of Akkadian Babili. The Babylonian name as it stood in the 1st millennium BC had been changed from an earlier Babilli in early 2nd millennium BC, meaning "Gate of God" or "Gateway of the God" (bāb-ili) by popular etymology.[2] The earlier name Babilla appears to be an adaptation of a non-Semitic source of unknown origin or meaning. [3] In the Hebrew Bible, the name appears as בָּבֶל (Babel; Tiberian בָּבֶל Bāvel; Syriac ܒܒܠ Bāwēl), interpreted in the Book of Genesis (11:9) to mean "confusion" (viz. of languages), from the verb בלבל bilbél, "to confuse". History

A city of lost desires.

The narrative of the city of Babel is recorded in Genesis 11:1-9. Everyone on earth spoke the same language. As people migrated toward the east, they settled in the land of Shinar. People there sought to make bricks and build a city and a tower with its top in the sky, to make a name for themselves, so that they not be scattered over the world. God came down to look at the city and tower, and remarked that as one people with one language, nothing that they sought would be out of their reach. God went down and confounded their speech, so that they could not understand each other, and scattered them over the face of the earth, and they stopped building the city. Thus the city was called Babel. The phrase "Tower of Babel" does not actually appear in the Bible; it is always, "the city and its tower" (אֶת-הָעִיר וְאֶת-הַמִּגְדָּל) or just "the city" (הָעִיר). According to the biblical etymology, the city received the name "Babel" from the Hebrew word balal, meaning to jumble.[4] (The Hebrew verb לבלבל (Lebalbel) means "to confuse".

But not a real confusion of the languages.

The truth is different from the'motamo'(word by word translation) of what is written in the Bible.

Because it is(was) a confusion of the thoughts.

I mean people use not to speak what they think.

And today the world is a Great Babylon with a modern Tower of Babel for the same reason.

Oh but this is also one of the main reasons for the Times we are living in.

I mean the fear of speaking the Thought give reasons for the Thought to hide in this modern Tower of Babel.

Because Tower of Babel is our mind(S)

I mean each step of that tower represents a hidden unspoken thought.

therefore God again make them confuse their languages (by thought by thought or lie) which has brought poverty, wars, crimes, starvation, diseases....so on. 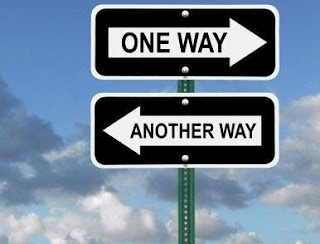 and that is happening today,

as a consequence of this Lie in which mankind is living

because history is repeating herself.

Genisis 11;8 ... And so the Lord scattered them from that place into all lands, and they ceased to build the city.

says here that they ceased building the city.

so yes, they are still building the tower.

my interpretation of this 'tower' may be broader than yours, and i am still researching into that.
good op, but it looks like everybody is more intrested in the latest attack, which, i guess , would be more power for this tower.

but it looks like everybody is more intrested in the latest attack, which, i guess , would be more power for this tower.

Oh yes I have seen that,but I guess it is just an accident of a sick mind hoping that will not bring a degenerative future although I am afraid for what's to come.