Fear is a primal instinct that served us as cave dwellers and today. It keeps us alive, because if we survive a bad experience, we never forget how to avoid it in the future. Our most vivid memories are born in Fear. Adrenaline etches them into our brains.

Nothing makes us more uncomfortable than fear. And, we have so many: fear of pain, disease, injury, failure, not being accepted, missing an opportunity, and being scammed to name a few. Fear invokes the flight or fight syndrome; and our first reaction is always to flee back to our comfort zone. If we don’t know the way back, we are likely to follow whoever shows us a path

Since the dawn of time our species has survived because of our fears of the unknown, but since the invention of social media (TV, radio, and eventually the internet) Our fears have been turned against us by those who seek control.

The best example of this is the infamous War of the worlds Radio production in 1938... Originally based on a Novel by H.G Wells, the story struck fear into the hearts of the public...

This "Fear Factor" has been increasing steadily, and since the invention of the internet the world has gone into Panic mode....culminating at the tipping point which of course was the 9/11 tragedy.

The only time in history where buildings fell from the sky after being hit by planes... (as far as I know)

Although "THEY" clearly made a mistake with building 7...which happened to hold the Department of Defense and Central Intelligence Agency. It fell like a rock from the sky, without anything hiting it... the official story was a fire brought the building down... 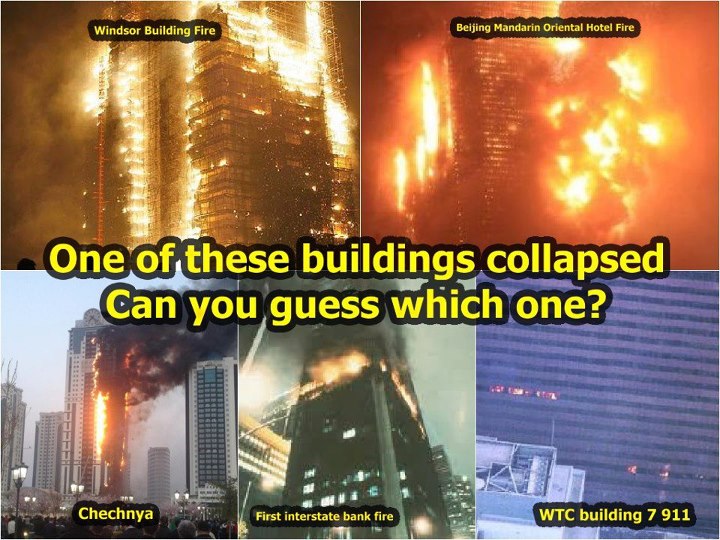 I also seem to recall reading something from the early 1800s in the past about using fear as a means to control the world... IF anyone knows the text im referring to a link would be appreciated

Basically what was said was:

"make them fear everything, and they will beg us for protection from themselves"

A prelude to a policed state?

The public is afraid, most are terrified! And every time we turn around theres something else to cause more and more fear!

I know theres tons of conspiracies out there claiming the government is purposely designing false flags every time another tragic event like the one in Boston happens... but these events are increasing at an abnormally high rate...

Im not saying the Government is responsible for what happened in Boston... but in my opinion that explanation is just as good as any other...

They're using our fears against us in any way they can... Pushing towards a society which is completely controlled... Keep them afraid should be their motto

Keep them afraid, and they will beg us for protection

Fortunately the only thing I fear is for the future of our species....

Surely it doesn't look very bright
edit on 16-4-2013 by Akragon because: (no reason given)

But your right. In the uk fear oozes out of the tv on an hourly basis.

Originally posted by VoidHawk
I fear your thread will be trolled

But your right. In the uk fear oozes out of the tv on an hourly basis.

See its even happening here....

You must be a government spy!!

Originally posted by Akragon
You must be a government spy!!

You know, sometimes I look at whats around me and I think to myself, would the other side have me? coz the side I'm on is choc full of numskulls and its getting a little bit worrying


It's not just used by government. Pharmaceutical companies, corporations, insurance companies, schools, security, healthcare, are just a few companies that employ fear to buy a product or service. Fear is a powerful motivator, unfortunately a lot of us are gullible and cave into it.

The point is the world is afraid, and there are those who take advantage of it in powerful positons...