posted on Apr, 15 2013 @ 06:26 AM
link
I was looking at Arken's latest "find" and went to have a look at the SOL 120 images and came across this, which is completely different to anything around it (no pun). Whatever it is, it is very smooth and I'm unsure what could have caused this, so any ideas would be appreciated. 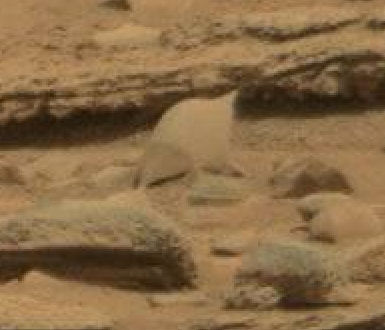 They're coming to get you, climp climp!

Note that the Object of Interest is probably about 25mm in diameter to 38mm in length. Here is the object: 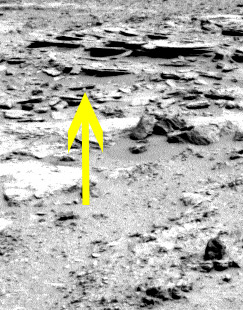 Initial views leads to the conclusion that this is probably a water-rounded stone, similar to some others, mostly larger rocks, near the same location. But I have doubts, there are too many inconsistencies brought-up with shadow analysis and digital terrain modeling in the pics to actually say what. Indeed, analysis raises more questions than answers.

EDIT: Just thought I would add my own , far-reaching and totally un-analytical opinion to this. Such intriguing objects are pretty common. It is mere speculation to try and adjudge what they are. If you want my 2 cents worth... most or all of the images that NASA/JPL/MSL see (and pass-on to the public) via their rovers and Mars-orbiting spacecraft are not natural scenes. Think along the line of a highly advanced species trying to hide their presence and humans not even knowing what or how to even begin looking. Our own human-tech is (or has already) very close to stealth technology, so good that we cannot detect it. Think what higher life forms may have. Then think about our ability to detect them... much of the inconsistencies that can be seen in the MSL pics can be explained by the god-damn HLF's effing with what our basic tools see and detect. But I think we are onto them and people are chasing-down the theoretical avenues to uncover previously unseen things.... Just my opinion though.
edit on 15-4-2013 by Blister because: (no reason given)

Whatever it is, it is very smooth and I'm unsure what could have caused this, so any ideas would be appreciated.


You might have found a wind-eroded Dreikanter (click here for the Wikipedia article). But I clearly see why this caught your attention, the rather sharp looking ends do look a bit strange.

I didn't spend too much time on this area yet, but when looking around on your source images I found the following two rock slabs also interesting when compared to the rest of the rubble lying around: 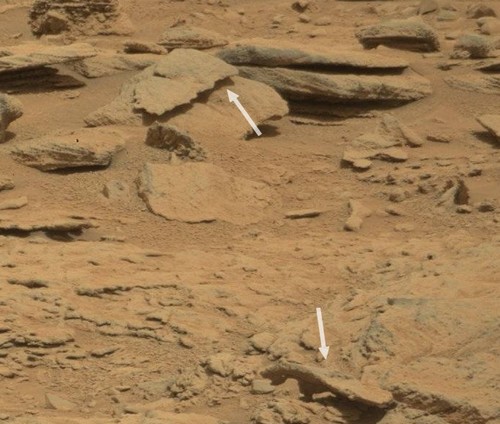 The one on the top-left has rugged edges and seems to have an interesting relief layer on top of it (erosion/dust/wind?) and the one on the lower right looks bent, like some of the other ventifacts we saw. But as usual, it'll be difficult or impossible to say anything conclusive about it, but I'll certainly also take a closer look at Shaler myself later on ... nevertheless, interesting find & keep on looking!

posted on Apr, 15 2013 @ 08:53 AM
link
A rather strange group of objects : A petrified Platypus, pliers, an artist's palette and an engine gasket. Can't for the life of me see what they all could have in common.


Even larger and contrast adjusted: 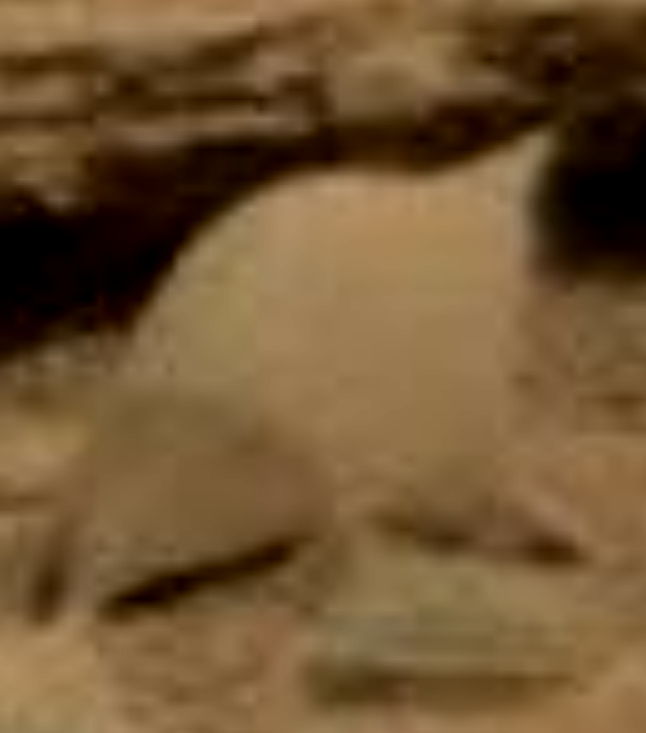 It's birdlike. Head facing us, burrowing in the ground. 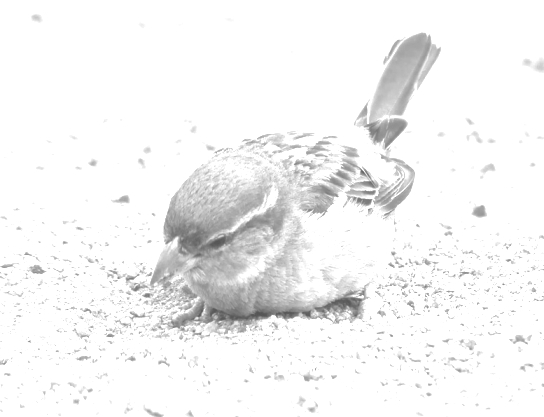 
Thanks for the "quote".
Interesting anomaly!
S&F. 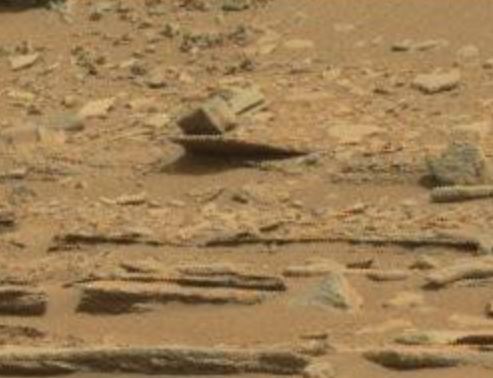 posted on Apr, 15 2013 @ 11:00 AM
link
The only thing on Earth that looks remotely like the picture is an illustration of a lava bomb as shown here

I suppose one could have been wind eroded after it hit, giving the smooth shape, but I'll have to presume that it landed in water first otherwise it would either be in bits or somewhat jam shaped.

posted on Apr, 15 2013 @ 05:50 PM
link
Look's shell like indeed I think it probably is but compare it to the wind sculpting of the Antarctic dry valley's were the weather has carved the stone's into some spectacular shape's and henry moor like sculpture's, You will get some none intelligent comment's as the possibility of life on mars scares a lot of people at both an emotional and psychological level but take on board the more intelligent thinker's as the best for of criticism is actually constructive, Great thread and Yes I think due to the amount of potential evidence presented so far that this may very well be a shell fossil. Thanks for sharing.

Originally posted by cavedweller88
reply to post by Arken

Take a look at salt someday.


I AM LOVING THAT ONE ARKEN!

Originally posted by Arken
reply to post by nomadros


Thanks for the "quote".
Interesting anomaly!
S&F.


and a credit card right next to it.. figures

posted on Apr, 15 2013 @ 07:40 PM
link
The "shell" and the "cube" are both good finds. You guys make a good team! A question, is Curiosity officially out of Yellowknife Bay and into another named area, or is this a sub-name for a section of Yellowknife? Thanks.
edit on 15-4-2013 by Aleister because: spelling

Originally posted by cavedweller88
reply to post by Arken

Also it has been mention salt crystals are cubes

Never assume what nature can and cannot do!!!


Originally posted by cavedweller88
reply to post by Arken

Take a look at salt someday.

Nice find, I don't know what it is really but I know what it looks like to me. We see what we know most of the time.


Originally posted by cavedweller88
reply to post by Arken

Also it has been mention salt crystals are cubes

Never assume what nature can and cannot do!!!