The Tunnel People That Live Under The Streets Of America

The federal government tells us that the recession "is over" and that "things are getting better", and yet poverty and homelessness in this country continue to rise with no end in sight. So what in the world are things going to look like when the next economic crisis hits?

When I heard that there were homeless people living in a network of underground tunnels beneath the streets of Kansas City, I was absolutely stunned. I have relatives that live in that area. I never thought of Kansas City as one of the more troubled cities in the United States. But according to the Daily Mail, police recently discovered a network of tunnels under the city that people had been living in... Below the streets of Kansas City, there are deep underground tunnels where a group of vagrant homeless people lived in camps. These so-called homeless camps have now been uncovered by the Kansas City Police, who then evicted the residents because of the unsafe environment.

Authorities said these people were living in squalor, with piles of garbage and dirty diapers left around wooded areas. The saddest part is the fact that authorities found dirty diapers in the areas near these tunnels. That must mean that babies were being raised in that kind of an environment.

In many of our major cities, the homeless shelters are already at maximum capacity and are absolutely packed night after night. Large numbers of homeless people are often left to fend for themselves. That is one reason why we have seen the rise of so many tent cities.

Yes, the tent cities are still there, they just aren't getting as much attention these days because they do not fit in with the "economic recovery" narrative that the mainstream media is currently pushing. In fact, many of the tent cities are larger than ever. For example, you can check out a Reuters video about a growing tent city in New Jersey that was posted on YouTube at the end of March right here. A lot of these tent cities have now become permanent fixtures, and unfortunately they will probably become much larger when the next major economic crisis strikes. But perhaps the saddest part of all of this is the massive number of children that are suffering night after night.

Here is the source with loads more info on homelessness is America and how the recession in America has not ended no matter how much the media says it has.
Source

Inside a Jersey Tent City:

posted on Apr, 11 2013 @ 02:29 AM
link
I recently saw the KC on but they didnt really show the underground tunnels. They showed the pretty new anchor climbing into the hole and then some shrewd still photos of the tunnel. If said communities of thousand ecist Im pretty sure their would be more photographic info. You cant possible tell me the hobos murder anyone who gets down their and has a camera.


... and the meek shall inherit the earth. (after WWIII) only those in tunnels will survive

“One of the tunnels probably went 20 to 25 feet underground towards the back and veered off in another direction about six feet or so, and there was some bedding and some candles

Was just reading about some tunnels in a park in Kansas. 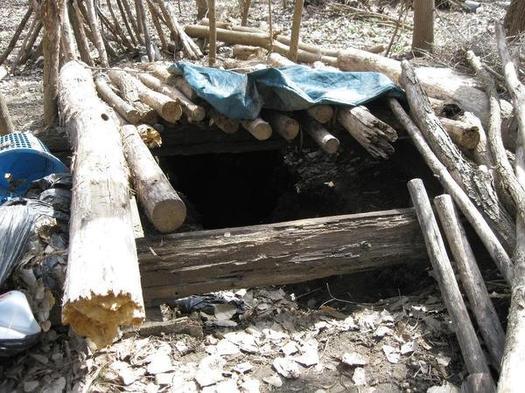 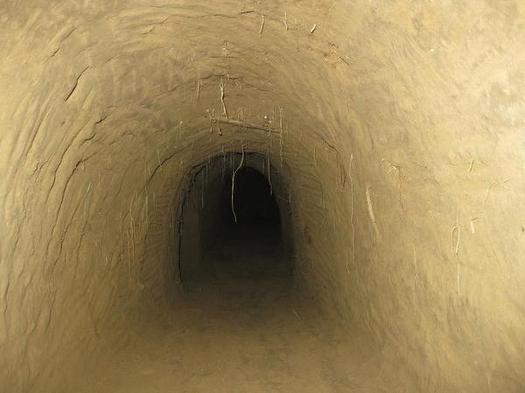 The tunnels look pretty dang big to have been dug by hand!


Yay! Dont forget to break out the ticker tape for Obama if he becomes the first CIC to spend just over 3.98 trillion, with a T, in a year if he gets his way.

posted on Apr, 11 2013 @ 03:59 AM
link
I love this subject. These people ROCK. They have shown that even if they don't have steady income they can survive. It is a triumph, a testament to the Human will. It's like going camping - for an extended period of time.

Many people choose this lifestyle willingly. Homelessness is Not a terrible shocking thing as the mainstream media and government propaganda make it out to be. (unless your thrust into it against your will and don't know how to survive it - then it's scary) Much of the time it's simply people who choose to get out of mainstream society to blaze their own path or they are people going through a period of transition. They are not second class citizens, they are simply people who don't own established homes.

I believe if you choose to live this way, you should be allowed to no questions asked, provided you remain a law abiding citizen ( no stealing from others or other crimes) There is problems with mentally ill people who wind up on the streets - those are different and the government should give proper care to those.

Years ago before I owned my home I choose to leave the city and go someplace I had never been. I got on a bus and for 3 months lives on the streets in a strange city. I quickly learned there is a lose organization of people who are also living on the streets and they will help you survive. In the end, that life wasn't one I wanted to sustain. Now, I want to do it again, but smarter this time.. by owning my own house and property far away from the city ordinances and use solar wind, hydro for power, draw my own water from a well - basically live outside of the Governments rule as my own person as Free as I could get in the USA.
edit on 11-4-2013 by JohnPhoenix because: sp


Ah good to see the tunnels. I was afraid "the tunnels" were a euphemism for sewers. The tunnel in the picture you posted doesn't actually look too bad. It's probably pretty dry and a keeps a nice temperature down in there as well.


Is that tent city a reap what you sow community? great Idea if so.

Two problems with this - Children and Criminals.

There is nothing wrong with children living this way if the parents are in a period of transition ( or even permanently if done right) - provided the area is sanitary and steps are made to be sure the kids stay safe. Problem is the criminal element in these places - you don't want that near your children. You have to have a structured community where all people work together to make sure everyone if provided for and kept safe. Sadly many of these places are not set up like that and that's when children get the shaft.

The article also makes the good point that We Americans will spend a Billion dollars on the Obama family this year for vacations, parties, etc when that money could be put to better use, like helping these people.

posted on Apr, 11 2013 @ 07:22 AM
link
The Kansas City cops had a hay day when they found that, and not sure how they really found it. I'm sure someone that was in the underground community was kicked out and he went to police out of revenge. Most of the time they will leave them alone, my personal opinion is that they shouldn't have shut them down. And they were actually built well too, alot of work that took many years and even though they found one there's hundred's more.

They have those tunnels EVERYWHERE here, there's still underground shelter's or hide outs from the russian's in my little town. One of my biggest concern's is how deep were they, after so many year's of corrosion and they start caving in taking street's, building and house's with it causing sinkhole after sinkhole. I'd still like to walk through them would be pretty cool exept for that crazy guy that hide's in the dark corner's waiting for someone to walk through then BAM! dinner time.......