Talks between world powers and Iran on its nuclear programme have ended without agreement, with the EU saying their positions "remain far apart".

Over two days of talks in Almaty, Iran was asked to give up work on its most sensitive nuclear activities in return for an easing of sanctions.

Iran is negotiating with the so-called P5+1 group comprising the five permanent members of the UN Security Council - the US, Russia, China, the UK and France - plus Germany.

"It became clear that the positions... remain far apart on the substance," Baroness Ashton told reporters on Saturday.

posted on Apr, 6 2013 @ 09:17 AM
link
As North Korea is currently grabbing the headlines this is expected. As for how this situation plays out will determine Iran.

Originally posted by kwakakev
As North Korea is currently grabbing the headlines this is expected. As for how this situation plays out will determine Iran.

Yap it is expected ..

Very probably they never leave nukes at all costs, like many other country's and that's the saddest part ..
edit on 6-4-2013 by MariaLida because: (no reason given)


Power, manipulation, standings also benefits in "this times" is enormous if you have nukes in your hands, also in times ahead very probably will have its greater value ..

There is no money which could be paid to country's leave this nukes, guess is not possible anymore to do anything ..


I see it more as a matter of survival. A bad precedent was set in Iraq when Saddam gave up his nukes to be invaded years later. The other nations up taking this technology do consider it as a hurdle that needs to be overcome to preserve their culture.

The only solution I can find to nuclear proliferation is in establishing better trust between nations. Only then can the security aspect to nukes be addressed to the satisfaction of all parties. Considering the current geopolitical landscape this is a very long and hard road. I can see the motivation of military means for a short term solution, but it will drive the responsible solution even further away.

posted on Apr, 6 2013 @ 10:14 AM
link
Well is she a police chief or a policy chief which is it? It's funny how they are still pushing the Iran's covert nuclear program propaganda. Where are they getting this info from seeing how most of the world's intelligence agencies says that Iran isn't building a bomb. Let me guess they are getting their info from this man. 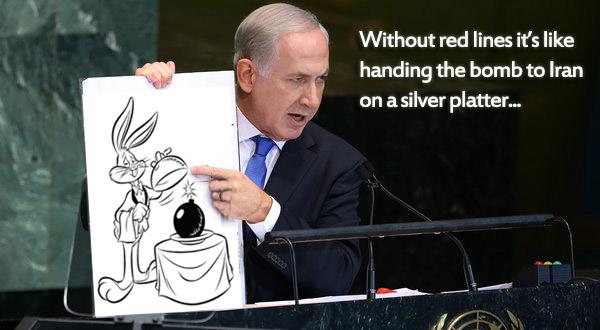 Where the bomb only exists in his tiny little mind.

posted on Apr, 6 2013 @ 10:47 AM
link
First, they said they were offering Iran a deal they couldn't refuse,
while threatening them with an attack if a deal wasn't reached, or more sanctions.

That's not much of a negotiation if you ask me...

Then they said the details of that deal were secret.
In my world, secrecy is often the enemy of democracy.

Now they say the main point was about closing the Fordo facility, the only one they can't destroy in case of a bombing campaign.
How convenient.

Still, they gave Israel some of their bunker busters as a sign of good will.

This whole thing has been a mess ever since BP, CIA... got involved.
This is not how peace works.

posted on Apr, 6 2013 @ 11:08 AM
link
I won't be surprised if Iran starts ratcheting up its nuclear program. Maybe NK and Iran are working together behind the scene? Or not?