Its been a riot since December!

Nibiru! No! The world is on the brink! No its not! North Korea can! North Korea cant! We have not entered into the rays of the 5th Sun! Have too! Imminent financial collapse. No? Really? Where did you hear that???

Recently I came across these. Space has always fascinated me, for as long as I can remember and I spent a good hour going through these, just wondering whats out there and mentally weaving some crazy stories with the lost Cinderellas slipper, the coachmen mice who escaped ( to the mystic mountan?)....generally let my imagination run riot and felt completely refreshed!

Warning and disclaimer - My idea of mental relaxation is to wonder and stretch my mind boldly in areas where it has not gone before! (now I know I have heard something similar before). Might not be yours. 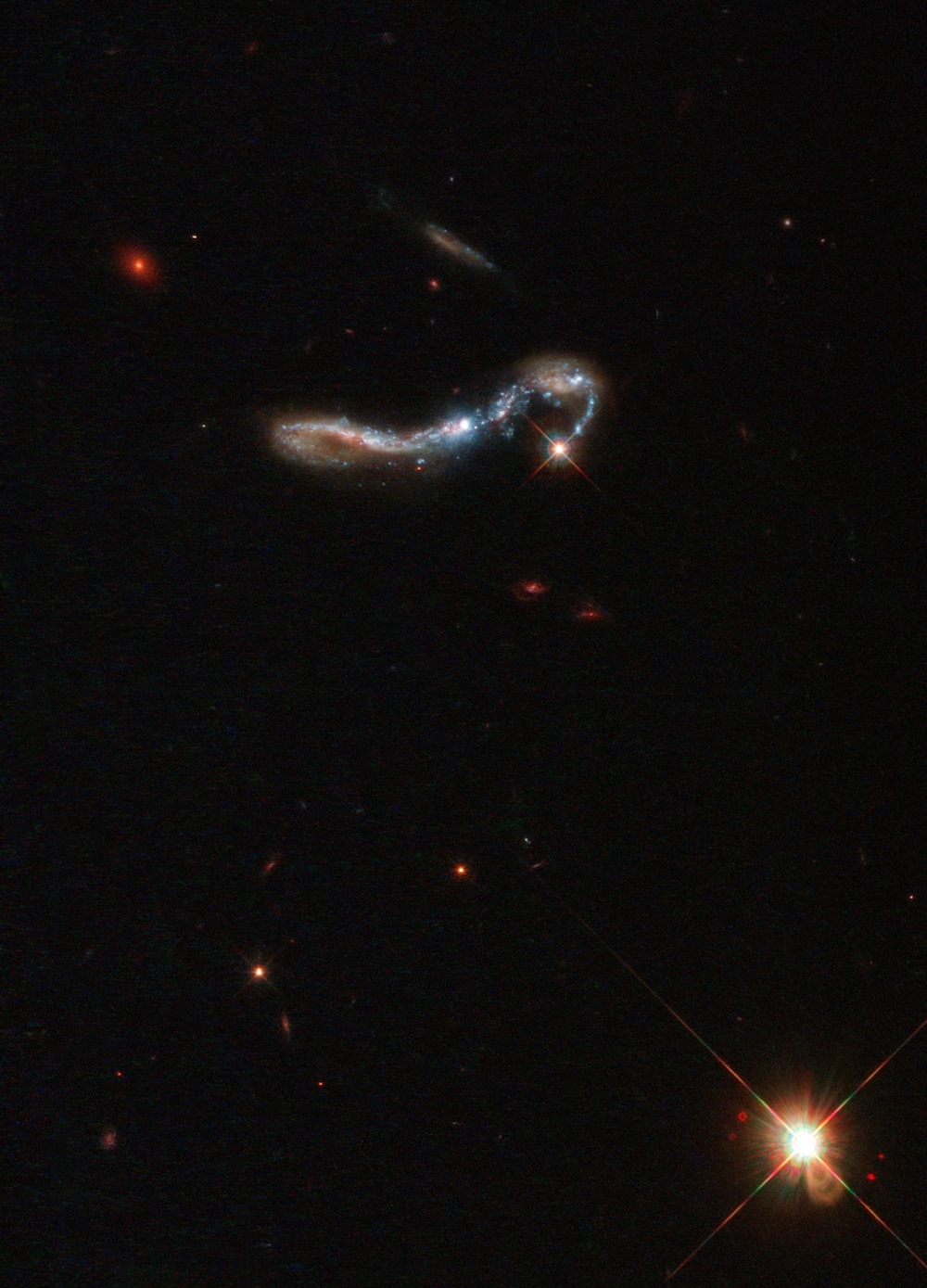 Cinderella's Slipper Galaxy?
Visible as a small, sparkling hook in the dark sky, this beautiful object is known as J082354.96+280621.6, or J082354.96 for short. It is a starburst galaxy, so named because of the incredibly (and unusually) high rate of star formation occurring within it. 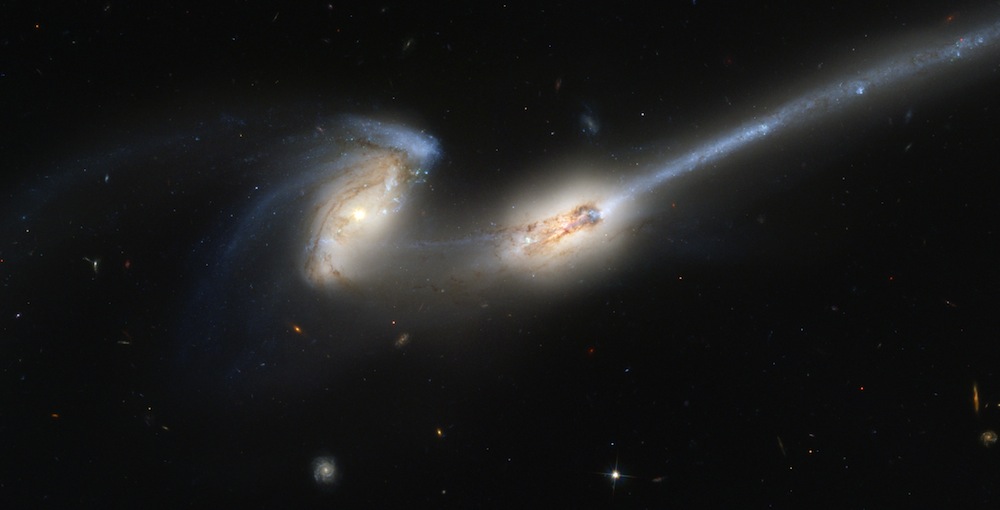 Crashing mice galaxies
The Advanced Camera for Surveys (ACS), the newest camera on NASA's Hubble Space Telescope, has captured a spectacular pair of galaxies engaged in a celestial dance of cat and mouse or, in this case, mouse and mouse. Located 300 million light-years away in the constellation Coma Berenices, the colliding galaxies have been nicknamed "The Mice" because of the long tails of stars and gas emanating from each galaxy. 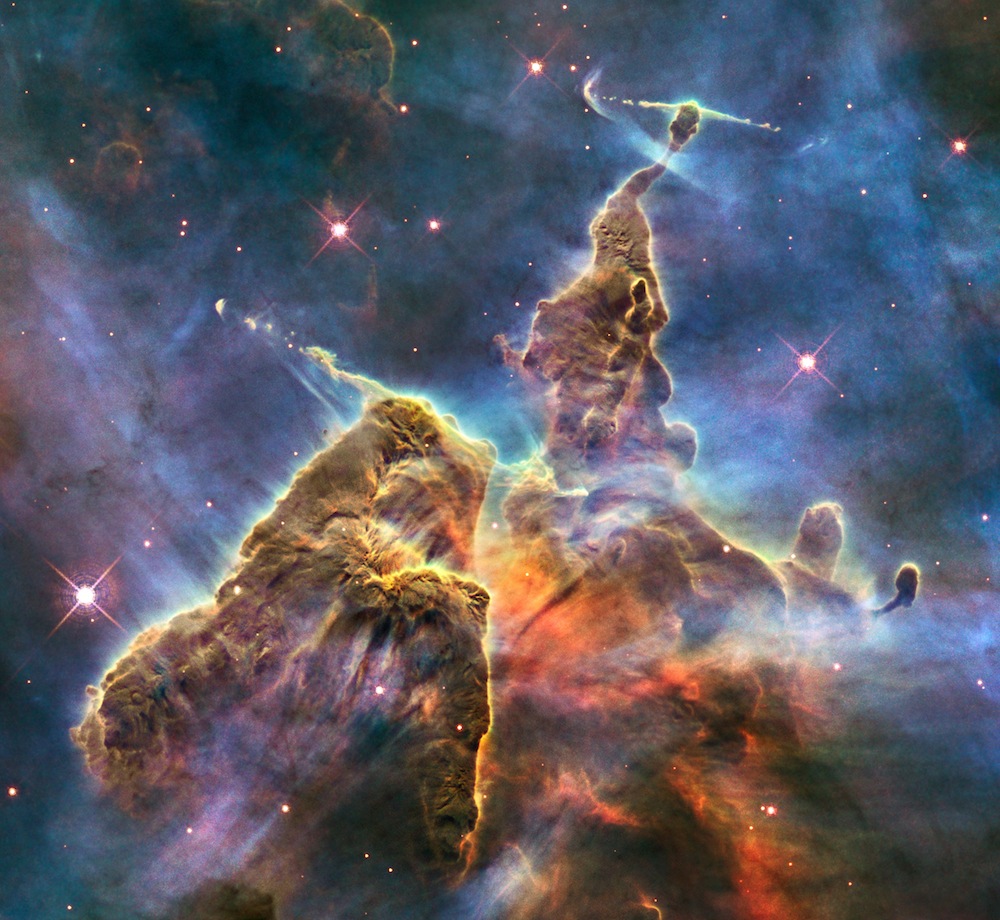 Mystic Mountain
Hubble's 20th anniversary image shows a mountain of dust and gas rising in the Carina Nebula. The top of a three-light-year tall pillar of cool hydrogen is being worn away by the radiation of nearby stars, while stars within the pillar unleash jets of gas that stream from the peaks. 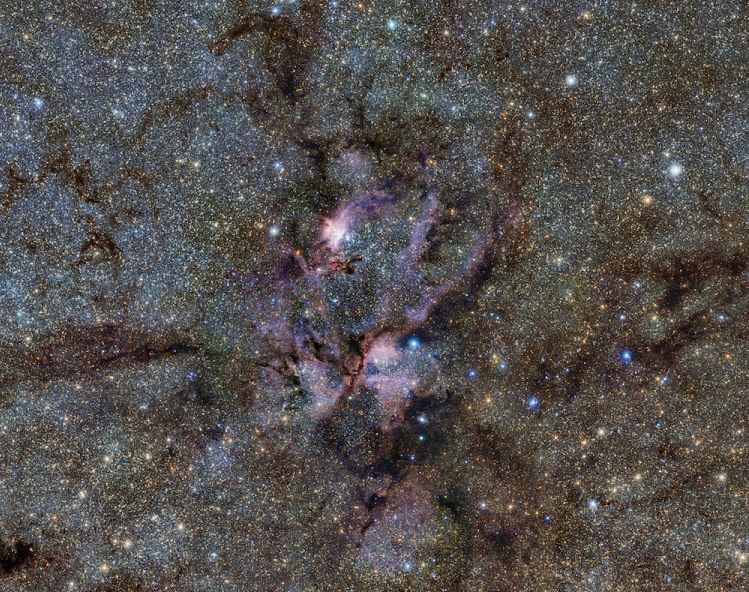 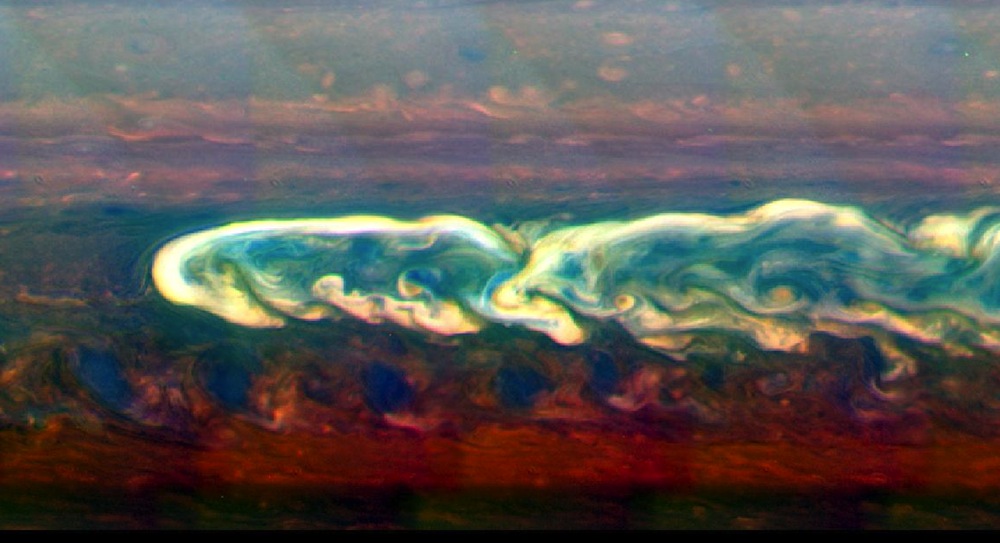 Turbulence in Great Saturn Storm
This mosaic of images from NASA's Cassini spacecraft shows the trail of a great northern storm on Saturn raging in full force.


More at the links above.


Cool pics. Thanks for posting.