posted on Apr, 4 2013 @ 07:53 AM
link
Very interesting indeed. What if the undergarment malfunctions even if someone brushes you off in traffic? Pretty bold move but I'm sure the company would sell a fair amount to begin with. The underwear gives attackers electric shocks and automatically texts police for help. Talk about high tech electrifying experience/deterrent I guess its better than something to deter the attackers. I'm just not sure how effective it would be despite the claims. It really bottoms down to the system in a society. I wonder how this would affect the judicial system during a trial if someone is convicted truely/falsely. Your thoughts/comments/opinions/viewpoints/pros & cons please.


Anti-rape underwear which delivers a 3,800 kilovolt shock to any would-be attacker has been created by a team of Indian engineering students.
After disabling the assailant, the undergarment has been designed to automatically send a text message to police or family members containing the GPS location of the attempted crime.
Pressure sensors on the garment, sewn in around the bust area, detect unwanted force and trigger the powerful shock. It can deliver up to 82 electric shocks, more than enough to disable any attacker.

'A person trying to molest a girl will get the shock of his life the moment pressure sensors get activated, and the GPS and GSM modules would send an SMS (to the Indian emergency number) as well as to parents of the girl'.

The clothing is fitted with an electronic sensor around the bra area which delivers the powerful shock when activated
Details of the device, which were published on the Indian technology website Techpedia, show how the electric shock circuit board, is 'placed near the bosom' after a survey found that attackers usually grab a woman in that area as they initiate a rape attack. 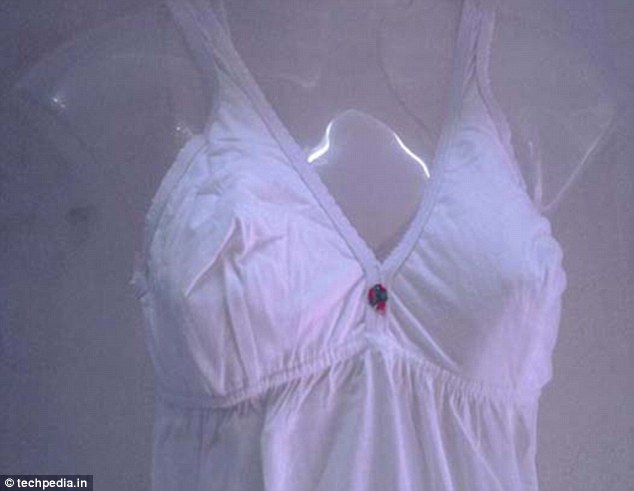 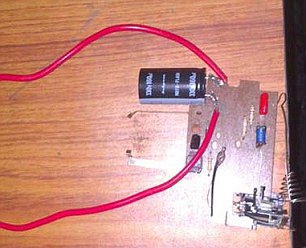 posted on Apr, 4 2013 @ 07:56 AM
link
I'd think it'd shock the person getting attacked as well as the perp. Regardless, give them credit for trying.
This reminds me of the S.A. anti-rape device.www.cbsnews.com...

posted on Apr, 4 2013 @ 08:01 AM
link
reply to post by hp1229
I may be wrong but wouldn't this device work better if say it shocked an attacker if he tried to pull your drawers off rather than working in the bra area? Many women are raped without the upper areas of clothing ever being dislodged at all. Also, I wonder if you would get electrocuted if you fell into the water or got caught in a heavy rain. Personally I think I'd rather wear a chastity belt- I don't think most rapists carry bolt cutters or a blow torch around with them!

posted on Apr, 4 2013 @ 08:06 AM
link
I think it was better in the good old days with the cast iron underwear men gave to their women.
I can not wait to hear about men in prison wearing them in the showers (Feel free to drop that soap lads), or like one of those telemarketing bid shows where they present the outfit and test it on air. Ahh the possible good uses

Edit: Also I think this is a bad idea. Electric stuff+ water= fried chicken. Plus India is quite a wet place.
edit on 4/4/13 by hellzdoms because: More stuff

This maybe a deterrent from s/africa

Kudos to those trying hard to find solutions

Originally posted by rickymouse
Great.......My wife is definitely going to want some of those. She will be wearing them every night.

As with anything, there'll probably be false or mistaken calls for emergency.

Some things are just hard to prevent. How can we prevent war, for example? There're things that we can do, but at some point, things just aren't predictable and/or not enforceable.
edit on 4-4-2013 by jonnywhite because: (no reason given)

Downside to this particular tech if you realize is negligence by the law enforcement agencies upto certain extent due to false alarms (traffic brushings, shortage or perhaps surge in power???, dont like the boyfriend/husband?, riding motorcycle as a passenger? etc etc) unless there is a backup measure of 'stand by or sleep' mode.


Anti-rape underwear which delivers a 3,800 kilovolt shock to any would-be attacker has been created by a team of Indian engineering students.

Air has a dielectric strength of about 3 million volts per meter, so 3.8 million volts can jump across more than a meter of air. Here's a graphic illustration of something along those lines: If it really does generate 3.8 million volts, it may not be too safe for the wearer. I'm a little skeptical about the accuracy of that figure, however.

Originally posted by kimish
I'd think it'd shock the person getting attacked as well as the perp.

You may have a point there.
edit on 4-4-2013 by Arbitrageur because: clarification

Could it be a typo on the part of the publisher/reporter on the voltage ?

The real problem is the attitude of men to women.

The current trial of the gang rape case in Delhi is a secret trial with no reporting allowed by the media. In this case what is particularly relevant is the reason why they attacked the student. The defendants "wanted to teach her a lesson". Because the trial is secret we will never know.

Typically it is India trying to brush "the problem" under the carpet.

Just a reminder of this dreadful case www.ndtv.com...

I was looking for chastity belts, can't find any locally

posted on Apr, 5 2013 @ 11:36 AM
link
reply to post by flyingfish
Well only if its 'drunk proof' Most of the convicted consumed alcohol before committing the crime.

A small beer drinkers joke.
====
They both look at the far end of the bar, in the direction of an unattractive woman who came in a while back.

The first fellow looks back at the second fellow and says, "Ya know, that woman is looking better and better, isn't she?"

The second fellow takes another look at the woman, then looks back at his friend and says, "well, I guess what they say is true, then, eh?"