posted on Apr, 3 2013 @ 03:10 AM
link
The blurb is a little unclear as to whether this is an actual picture or an experiment. However, it is directly from their webpage and it shows a very strange object. I am NOT a Mars conspiracist or someone who believes that an alien base is on Mars. I simply want this understood.

a piece of plastic fallen from the rover they said it was ?

posted on Apr, 3 2013 @ 03:33 AM
link
i would love for nasa to just once come out and say.....look guys, we dont know what it is.
instead of acting like it doesnt exist, photoshopping over it or just plain lying.

look at the description for this photo, its like that artifact doesnt exist.


here are some screen grabs, 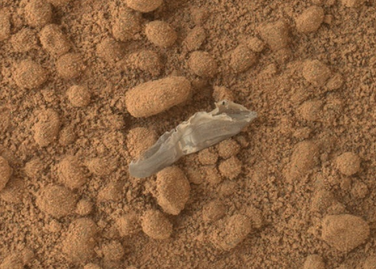 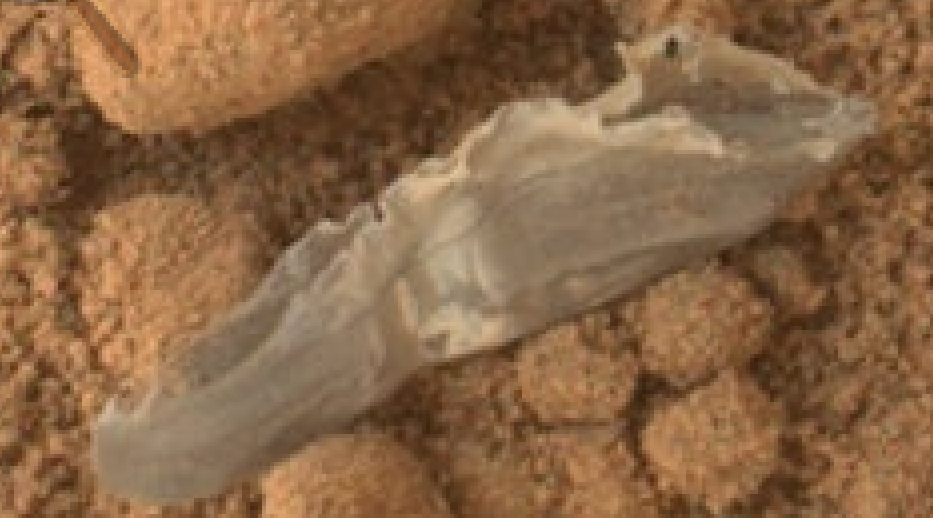 is the photo from earth?


The rover team has assessed this object as debris from the spacecraft, possibly from the events of landing on Mars.

P.S. What does the word "footage" mean in context of a single image?

If i didn't know better i would swear it was taken on earth and that's just a bit of rubbish that's blown across the ground. I cant see what part of the lander would leave debris like that so to me at least, its a genuine anomaly. I look forward to one of the more knowledgeable posters finding out where its from off the lander.

Will be watching this thread closely, S&F

posted on Apr, 3 2013 @ 04:25 AM
link
...where on earth were all you people when there were four hundred bajillion threads discussing this last year?

Originally posted by Happy1
reply to post by Awen24


So much wrong in so few words.

How can you believe what nasa say. Well, they're the ones putting things on other planets. Not you. They've no reason to lie. Unless you're scared of the aliens under your bed.

Obozo. Argument (if there was even one to start with) fail.

Make muslims feel good about themselves. Not even on topic.

How can people function in society, really, if they look at this and say "Look at that obvious piece of rubbish. That cant be mars. Must be earth. They must think we're fools for not realising this rubbish is on earth." while the fact is, with the billions in funding you'd think, just perhaps, they'd not publish a photo with such an obvious artefact in it. But to then take their explanation and run it through the "Dont believe the nasas" filter to come up with this sort of post...

This is earth rubbish on earth only if,
they didn't send this rover to mars.

They didn't send the rover to mars if,
nasa never tell the truth.

They never tell the truth if,
they won't come clean about the ufos.

They won't come clean about the ufos if,
they know about the aliens and are keeping it a secret.

They're keeping it a secret if,
... it fails to adhere to your rules at some point, but you guys keep banging on like it's the perfect scam, yet with so many obvious fatal flaws.

I lose hope each and every day...

posted on Apr, 3 2013 @ 05:05 AM
link
It seems like it would either be something organic or a piece of contamination from the rover / rover parachute apparatus.

Perhaps you could build a better one for them.

posted on Apr, 4 2013 @ 08:25 AM
link
My sense is that this is either part of the parachute or some other manmade object that flew in the Martian wind (thin though the atmosphere may be there).

But, still, it leapt out at me!

What happened on April 3 anyway?

posted on Apr, 4 2013 @ 02:10 PM
link
This was done multiple times here last year, and well and truly shown to not be extra terrestrial, but from the rover itself.

posted on Apr, 4 2013 @ 02:17 PM
link
A part of the balloon touchdown system? I presume the balloons were made from some sort of plastic? polythene, polyethylene, neoprene, polymer, etc.