Here is what the date looks like on the Mayan Long Count Calendar:

Here is what the Tzolkin falls on for each date:

No, that's not just a coincidence. The time between the dates of Calleman and Alejandro come out to be 520 days, which is double the 260 Tzolkin cycle. This is something I've seen NOBODY on any forum talk about. It is important to note that Alejandro made these comments back in a speech in 1999:

The Mayan Prophecies tell us it is time to awaken, time for the dawn, so that the people will have peace and will be happy. The Mayan Prophecies also tell us, from so much walking, so much seeking, that what we are seeking, what we have to find, at last we have found it. We are here on Earth, where we want to be. This time has come: 13 Baktun 13 A'jau (Ahau), the return of the grandparents, the return of the wise ones to the measure of time. We are observing the control of time. The time has come. May the people awaken. May they arise. May we all walk together without distinction of race, color or creed, rich or poor, black or white, indigineous or non-indigineous, people and government, to build a country full of peace, love, tranquility and prosperity.

You and I may meet again in another dimension after the year Zero. The year Zero is the word of the Maya. On March 31, 2013 the sun will be hidden for a period of 60-70 hours and this is when we shall enter the period of the Fifth Sun. Then will you realize that what the Mayans speak are facts and not false preachings. We are not saying that the world will end in 2000. There are false ones who say these things to frighten and threaten the world without awakening. But the Mayan priests and astronomers know what is happening and see what shall happen in the future.

There are some sources that have 2000 replaced with 2012, but all the sources I've looked at said that March 31st is the date he said.

I've been seeing people all over the place in forums saying they are sick and tired of seeing this "2012 bs" and "to stop moving the date forward." Like I said earlier, this was stated back in 1999, so this is not a new prediction. The reason why I put "it's finally over" in my thread title is because, after March 31st, it really is going to be over. The closest date people can come up with now will be in December of this year, which will have much less evidence than any of the aforementioned dates, even if they somehow connect it to Comet ISON.

With the resignation of the old pope and election of the new pope, North Korea constantly threatening South Korea, Russia getting mad at Cyprus for stealing their money, the British defense staff meeting with the US counterparts for the first time since the 1940s, and everything else going on, it all seems to be lining up.

After March 31st, all this talk of end dates will finally be over.

If it doesn't happen, we'll wake up the next day in reality - The foolish reality of slavery, money, and war.

Don't buy into the fear...every other day there is a doom thread on here. You will get used to it, btw welcome to the creepiest corner in the cyber world and happy early B-day 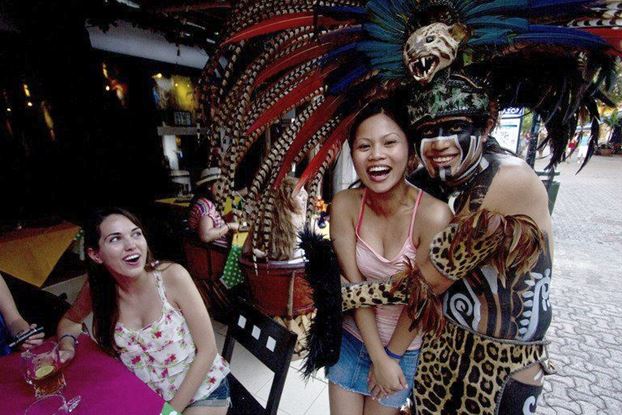 Now that's what I call an event safe prediction. If you're wrong, no one will be around to give that one an 'I told ya so'.

As it happens, I couldn't agree more. As much as I may love having to avoid a certain group term project that is anything but group anymore, I do think life will carry right on to the end of my semester at a bare minimum. Fate just isn't kind to me for anything else. lol...


I don't take it seriously. Do they EVER come true? Lol
And thank you.


All I can say is Thank God it's finally over. No more predictions; no more Mayan damn calendar; no more numerology; no more weeping and gnashing of teeth.

Finally it'll all be over and we'll see who was right. My bet's on the Presbyterians....

People will go back to the normal day to day stuff.
That is the people on here and any conspiracy site.
They are all dead,the lunacy is over.
edit on 26-3-2013 by kdog1982 because: (no reason given)


Well a great deal will be over and done with.
That is for certain.


OK then...I'm glad someone finally knows all about life, the universe and everything.

So long and thanks for all the fish!

Someone else will come along and proclaim something else.
2012 is like the highschool sweetheart crush that never put out and end the end got away for some creepy creepy creeper stuck in the friendzone.
Some folk just WON'T LET GO, and upgrade from creepy to flat out stalker.

Thus, 2012 will still keep some feverish folk up nights, incapable of moving on, constantly trying to find ways to reengineer the love affair with a doomsday that never happened and never will.

Move on already I say. Find another Doomsday. Those won't put out either, but, sheesh, get over it with 2012.

What exactly is the goal of doom date setting anyway? Waiting for some change? A change is a choice away...you are not helpless to your situation or any situation people need to try having faith in that...it is reality and can actually become tangible if one makes choices to head in that direction as a goal.

My parents were in a cult as I was growing up...they were always saying 3 or 4 more years, that comes, 3 or 4 more years...well 33 years later means 11 of those 3 odd years have passed....many have died in their cult even the cult splintered off into small groups...not making changes waiting on the next 3 or for 4 years...next 14 days or however long your life is going to be here? Change is right now a decision away.

Pointless drivel end dates...why does someone need an end date to start living? It's absolutely ridiculous in my honest opinion. What waiting for people to wake up? How about maybe instead try waking up? Instead of counting on some speculate delusions for change.

And what a Birthday it will be. Image..the biggest damn candle ever in the history of mankind...and all just for...you....

Don't worry...these doom and gloom threads pop up like weeds in sidewalk cracks.

We'll all be here to nurse you through your Birthday hangover the next day.....

Originally posted by BigBrotherDarkness
What exactly is the goal of doom date setting anyway?

It gives people a sense of belonging. We're all in this one big event at the same time you see. It gives them a feeling of importance. "Now is the time, and I am telling you, " insert prophecy.

Like when a catastrophe occurs you see people band together. They want to know all about it, look at it for any evidence of a talking point, and it gives them a few days out of their mundane reality.

It gives them something to anticipate. Something to rally for, something to give a meaningless routine a vibrant jolt. The End of the World is Nigh, is no longer the slogan of homeless destitute cognitively challenged individuals - it's the theme for entire websites.

This is why it will never stop. Because they know it is all an emotional egotistical rollercoaster trip. It builds up until it implodes within them into a void, which must be refilled.

That notion of "something not as it seems" is always going to be where humans are, because of that one thing that has helped us evolve. Imagination.

Imagination and pareidolia are what help keep cavemen safe at night. Better to beat that bear with a club, and unintentionally kill dino the pet, than be eaten.

But for earthlings in 2013, it really hinders us. Unless it's tapered with logic and common sense, and this is a flaw in humans that we often lack these things and they must be taught, then doomporn will always be there.

If you for one moment think that humans are more capable of determining reality on their own then just look at religion. cults. anything that replaces the ability to critically think with irrational fear.. more so if you're told that to think critically is wrong. Which is the basis of submission. And how did I get here..

Here is a funny one,Des will love it.
Benard Schnizel coming out after being harassed.

Okay .. if you want to check it out, i made the op last week from the ibis hotel in chesterfield UK..

admins check the ip of the op.
Due to a few morons trying to take the credit, and turning it from what was very entertaining .. into an unfunny repetative joke, especially one named `comedian` who ironically there is NOTHING funny about,
anbd through stupid meme pictures, ridiculous screenshots again and again which werent funny the first time nor the second or third or fourth time.. he has now created a sh load of threads including this one..
wherer the first two pages are HIMSELF talking to himself on 5 different screenames (check it says his name on all the ids) Thread:

*** BREAKING! Dr. Raymond Brown found alive after kidnapping, faked death! *** idiot talks to himself on different screenames. Now that thanks to that moron and a couple of others, this entire thing isnt funny anymore, and has been turned into a total stink.
I`ll admit it was me, bernard schnitzel who made this...

go here Look at the style wriitng and compare it to my other hoaxs (all listed on that page) plus as many figured out...

the id i used i had used it a year earlier when staying at that hotel and posted as dorris, which yet again was on my bernard schnitzel website.
Case in point, i am funny, imaginative and a great role player..
idiots like comedian who spam the same sh pics and try to be funny arent.

There is no dr raymond and no incoming asteroid. I hope this once and for all puts an end to the saga,,,, and if you want to know who to blame for this coming to an end early... blame the guy who turned this into a boring repeative washed up stink.... `comedian` id number 31506248
Bernard Schnitzel

A true hoaxer coming out.

Originally posted by DarknStormy
This game is getting boring..