Phil Spector murder trial on HBO - where was the blood?

HBO just broadcast the "Phil Spector" movie, which covered his murder trial. The movie indicated strongly that the best evidence for his innocence is that Spector had just four little drops of blood on his totally white suit, although he was on trial for holding a gun in the mouth of his "murder victim", Lana Clarkson, and shooting her. The bullet stayed in her head and didn't exit, thus exploding her brain and blood vessels, and a huge amount of her blood and brain would have come out of her mouth and nose at high speed. Yet Spector had almost none on him (he said he was ten feet away, accounting for the four tiny spots of blood).

My question is: If she shot herself, and the blood exploded out, where did it land? If the police had photographs of the scene, they would have photographs of the blood. Did the blood splatter indicate that someone was standing right in front of her, or did it show that nobody was standing in front of her? That should have been mentioned in the movie, but wasn't, and I'm interested in why it wasn't mentioned.

I haven't researched this yet, outside of a look at Spector's wikipedia entry which doesn't address this question. Search here shows no thread exists on Phil Spector or the trial. So this is written from watching the movie, and now given that the viewing audience of the movie will think that Spector is innocent, the question of "Where was the blood splatter?" seems like a good place to start to ascertain if the movie is an accurate portrayal of the facts. Thanks.

EDIT: Here is a Miami Herald article about the movie which points out how one-sided it is in favor of Spector. 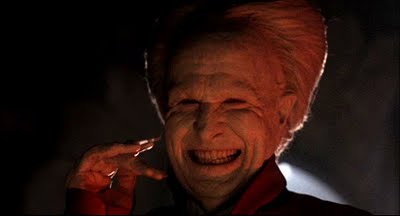 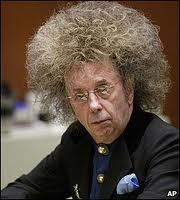 Correct, yes, he drank it. But the blood tech would have found evidence of the areas where he licked it up, and would have shown if there was anyone standing in front of the victim.

posted on Mar, 24 2013 @ 10:16 PM
link
If he was 10 feet away like he claimed, a GSR (gunshot residue) test would have been able to determine that. I haven't watched the movie, was a GSR mentioned? A test of his hands and the victim's hands would help identify who was holding the firearm when it was discharged.

Originally posted by Carreau
If he was 10 feet away like he claimed, a GSR (gunshot residue) test would have been able to determine that. I haven't watched the movie, was a GSR mentioned? A test of his hands and the victim's hands would help identify who was holding the firearm when it was discharged.

Good point. I don't know. Here is a pic of the coat Spector claimed he was wearing when Clarkson shot herself, but of course it's his word that he was wearing it. I'm a little surprised no thread on the trial exists here on ATS.

EDIT: Here is a USA Today story about the gun residue on both of Clarkson's hands. No report of the tests done on Spector (the defense released the GSR tests results on Clarkson). The story also indicated Spector had gunshot residue on his hands.

A gunshot releases a cloud of residue within a three-foot radius, Gibbons said.

"She could have had her hands on her lap when the gunshot went off and residue would have still been on her hands. There was residue on Spector's hands. He also had blood on his hands," Gibbons said.

Prosecutors believe that Spector wiped the gun clean before it was placed on the floor near her ankle, Gibbons said.

The coroner's report said that law enforcement reports indicate that Clarkson's "male companion" had possession of the gun when it was discharged.

posted on Mar, 24 2013 @ 10:24 PM
link
I don't know how long in time it was between the shot and the cops coming into the same room with him for this to start, but I found a transcript of the police and Spector during the arrest at the house.

Originally posted by Wrabbit2000
I don't know how long in time it was between the shot and the cops coming into the same room with him for this to start, but I found a transcript of the police and Spector during the arrest at the house.

Interesting transcript, thanks. It sounds like the cops were searching his house and he was trying to tell them that the house was safe. They had him cuffed and then were restraining him and he didn't like that, wanted to go to sleep. He should have gone to sleep well before that, I tell you in strict confidence Wrabbit.

His driver was a key point in the case too, according to the movie (which of course is the gospel truth, David Mamet would never leave out vital information, right?) and I think I remember that he heard the shot. So a timeline would have been established and would have shown how much time Spector had to clean up the scene.

There's lots of evidence that Spector was in the room when she was shot. He admits that. But if the LA police couldn't tell exactly where in the room he was form the blood splatter, they should have called Dexter, he'd have figured it out before Spector was put in the police car swearing his own head off.
edit on 24-3-2013 by Aleister because: (no reason given)

A forensic expert told jurors in Phil Spector’s murder trial Monday that the record producer didn’t have to be within arm’s length of Lana Clarkson to have gotten blood on his jacket when she suffered a fatal gunshot wound.

Stuart James said blood spatter from a gunshot wound can travel as far as 6 feet. The testimony is critical to the defense claim that Spector was too far from the actress to have shot her but close enough that blood hit stained his white coat.

And here's a story from "The Telegraph" about the same testimony, talking about the 18 spots of blood on Spector's coat. www.telegraph.co.uk...

From the pic of the coat (in an above post) it doesn't seem like it was a foot or two away from somebody being shot in the mouth. The article says there was blood on the chair that Clarkson was sitting in. For those who don't know, Spector had a hung jury in his first trial (10 to 2 in favor of conviction) and lost he second trial and was convicted of second-degree murder.

The answer of what the official LA police blood splatter analysis shows is on the internet someplace (which means it is literally in the air right in front of me - if only there was a way to search the air). I'll keep stirring the air and see what falls out.

EDIT: Here's one on E-Online that gives the police blood splatter person's testimony. She said there was blood on the sleeve and back of Spector's coat, consistent with him holding his arm up at the time of the shooting, and gives other relevent data.


Los Angeles Sheriff's Department forensics expert Lynne Herold, the prosecution's 34th and final witness, said that, magnified 60 times under a microscope, the "mistlike" bloodstains on Spector's jacket showed that "piece of fabric was within two to three feet of the bloodletting event."
"High-velocity backspatter" left spots on the front, back and left sleeve cuff of the white jacket, Herold testified, adding that it was on Clarkson's right side when the gunshot was fired and "was forward-facing and the arms had to be raised so the spatter could get on the back."

She also says he may have put the gun in his pocket, wiped it off, moved Clarkson's head, and had the house to himself for 45 minutes. In that time he could have written and recorded a song about it.

I must leave this thread for now, no reason given.

posted on Mar, 25 2013 @ 12:11 AM
link
If you're really serious and determined to answer the questions on this, you may try directly searching for available transcripts of the trial. Those usually come at a cost ..but it's the internet, right? I've yet to find a high priced college text book the net didn't have ...discounted. (always after the fact, it seems, but that's another story..lol)

It's been several years since I was around the kind of people who considered curling up with a couple boxes of transcripts for the weekend to be a good time ..but at that time, it was all changing over to .PDF. Lets say you get lucky and find yourself one of this trial, a PDF should even be indexed by witness, I'd think. You COULD have your answers in literal black and white in a fairly short time if luck favors you on finding one in the first place.

Thanks for the suggestion, and it looks from the last link I posted above that the prosecution's last witness was the blood splatter analyst. She said Spector had blood on his sleeve and the back of his coat consistent with someone holding his arm up in the air. It would be interesting to see what the cross examination consisted of, and if either side changed their story during the second trial.

posted on Mar, 25 2013 @ 08:17 PM
link
I'll bump this to see if anyone else has any info to share, or watched the film and have further questions about Mamet's portrayal of the case.