posted on Apr, 1 2013 @ 11:51 PM
link
Cabal-Law...
The craft of men.
Designed to perpetuate tribal existence.
Not to enlighten.
Herein is how it works.
The firstborn of every tribe is its garrison/army.
from 15 to 50. All served as the consecrated.
to seem less vulgar... the put forth the Masonic craft.
Builders of the lord's house instead of warriors of God.

Example:pharoah was a sungod. When the plague called darkness fell upon Egypt... they were saying that Israel was now the new warrior garrison and Egypt's pride was lost.
that lead to slaying of the first born. The garrison.
Pharaoh witnessed the darkness that fell upon him.
tithe locusts were looters and rapists who plundered. A mighty hand.

Oh... and yellow/ gold is synonymous to "fear"...
Calf is synonymous to bully.
B
Hence the young man bully who commanded the fear the Egyptians possessed.
the mighty hand bully calf. Also slain because he was idolized and thought he would be the king. Comedy.


The Kabbala was originally a set of teachings or a framework on the nature of the universe, as well as the using of sounds for specific effects.

Also the statement by Einstein: "Everything is energy and that's all there is to it. Match the frequency of the reality you want and you cannot help but get that reality. It can be no other way. This is not philosophy this is physics." - Albert Einstein

I recommend reading the following texts and subjects.

www.world-mysteries.com...
Marcotone by Edward Maryon
The Key to the True Kabbala by Franz Bardon
The Kybalion by the Three Initiates
The Research done by Dr. Masaru Emoto, and other information on Cymatics
timberwolfhq.com...
arcaneadvisors.com...
www.gizapyramid.com...
altered-states.net...

Here is an upload from my electronic journal that I keep that makes even more sense of it. I have been getting the information out there, because it really does work once you in accordance with it and are making use of it consciously. This information from my journal covers a Universal foundation, The 5 elemental systems allegorical meanings, and the/a nature of reality. As well as some of the experiences I have had intentionally or unintentionally.

You're so right! And it's hidden in plain view, since centuries!

The "Candelabro" geoglyph in Paracas, close to Nazca, Peru, has been puzzling scientists from all over the world - including Erich von Däniken. They had set up all sorts of theories and ironically overlooked the most simple interpretation (typical for specialists who miss the wood for the trees) It's all about the "tree of life", which is itself part of the "Flower of Life", which underlies every imaginable form.

I can't say I've heard of a lot of stuff in here about the Qabala (and that's surprising as one of the spiritual organizations I'm a member of is heavily based on the Qabala), but jdh4412 hit the nail on the head.

The Qabala aka the sephiroth is like a file cabinet system for all experiences. Each circle represents a sphere or archetypal experience within the system. It is said that any possible experience or concept, physical or mental, is expressed in the Qabala as archetypes. There are many renditions of the sephiroth aka Tree of Life: 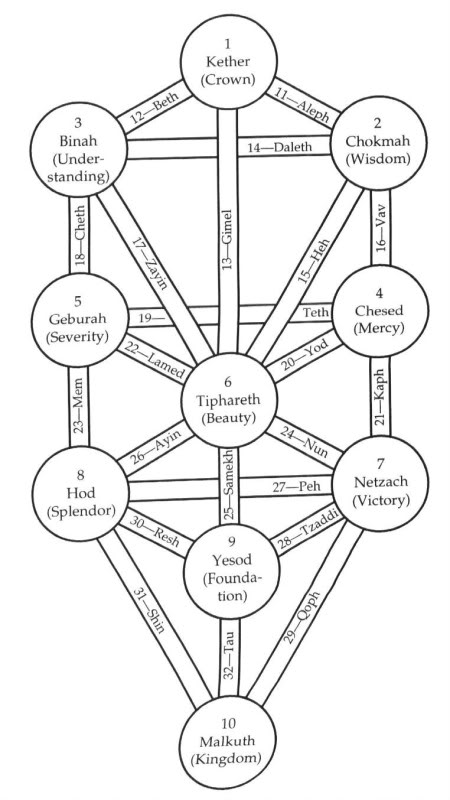 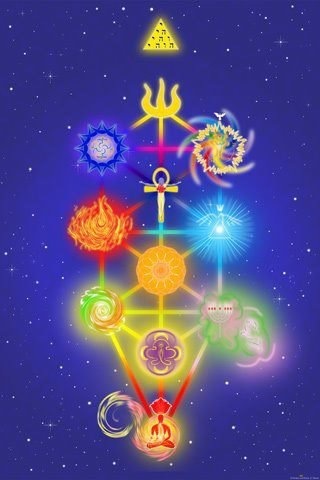 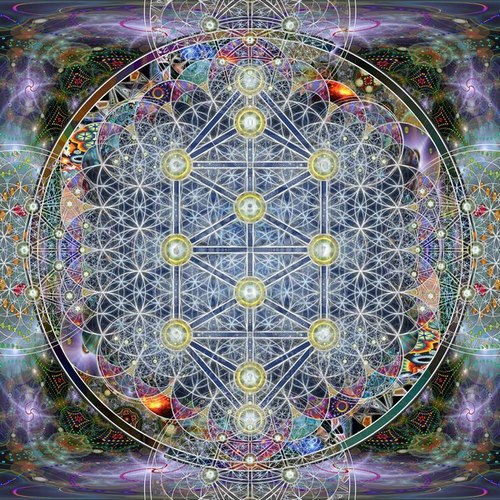 The sephiroth, in all its glory, is a representation of existence itself 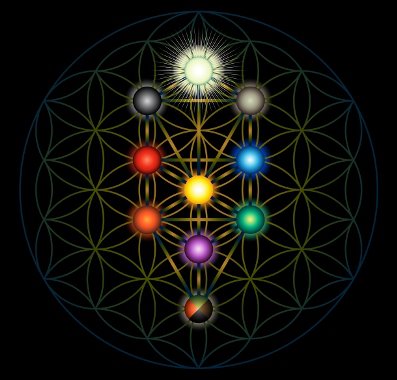 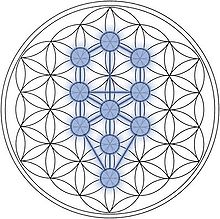 These are said to make up the Flower of Life which, as many know, is a side slice of the 64 tetrahedron. New work by physicist Nassim Haramein is pointing to the 64 tetrahedron has the building block of existence itself (not to mention it is also known traditionally in mysticism as the MerKaBa): 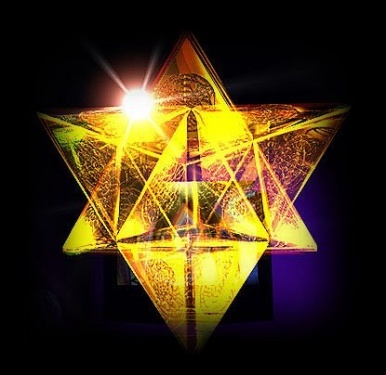 As it goes, there are again many forms of the sephiroth that represent many things. The Universe (more specifically our solar system):

The Builders Of The Adytum spiritual group is very much about studying this link between astrology, the Qabala, and spiritual tarot (which are representatives of each pathway and archetype in the sephiroth).

And, "As Above So Below," so, too, us humans are represented by sephiroths of sorts: 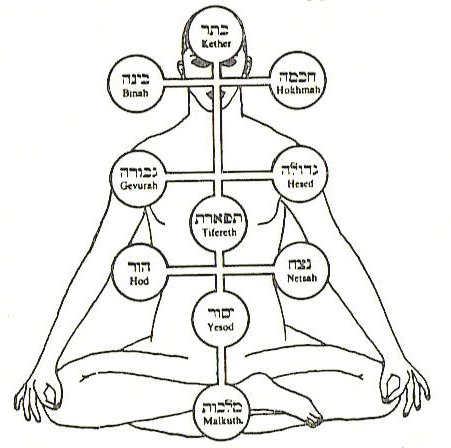 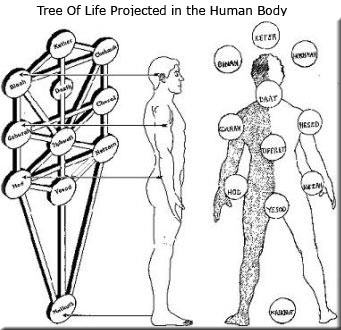 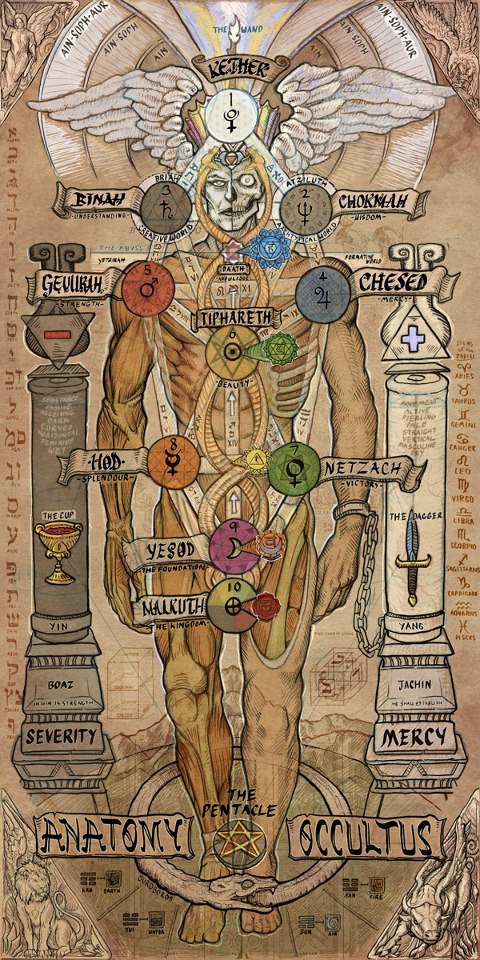 The study of the sephiroth and Qabala has even come to biology (from the Zohar): 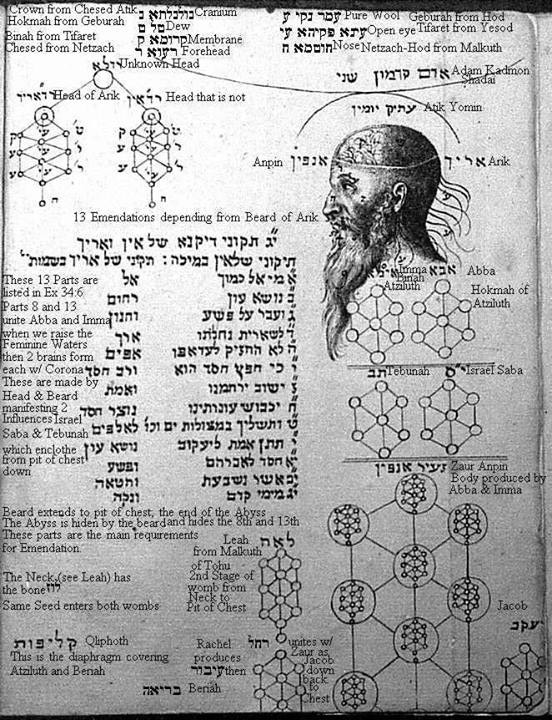 And, as follows, the sephiroth is found in many if not all religions in one form or another...

In the Garden of Eden, before the fall of Man 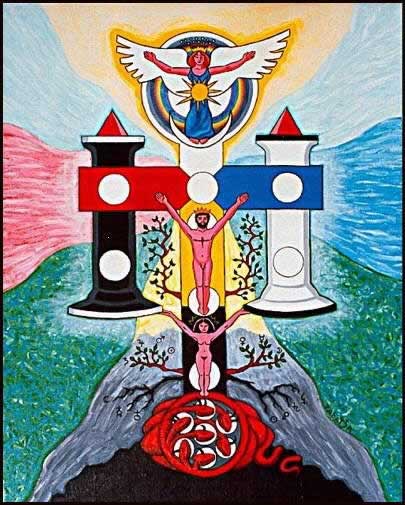 After the Fall of Man 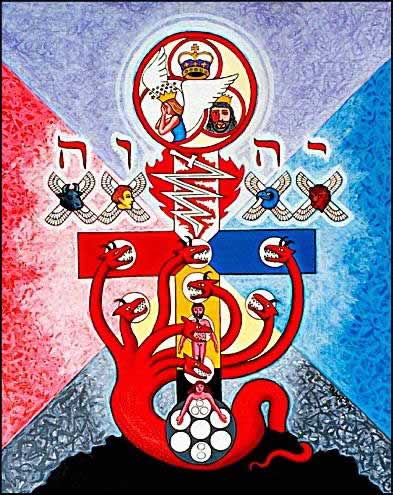 The Fiery Cherubim that smited the power of the serpent (kundalini), forcing a sense of harmony (through blocking chakras) 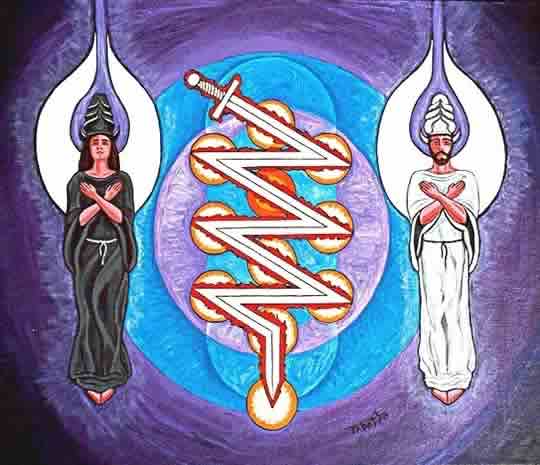 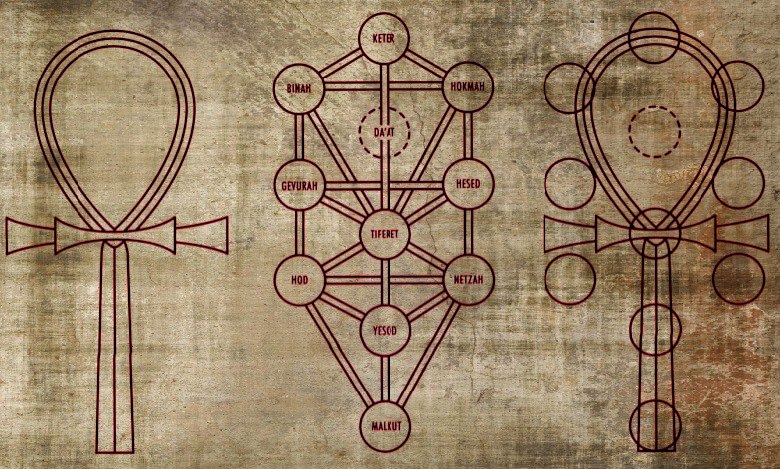 Even Norse mythology had a rendition: 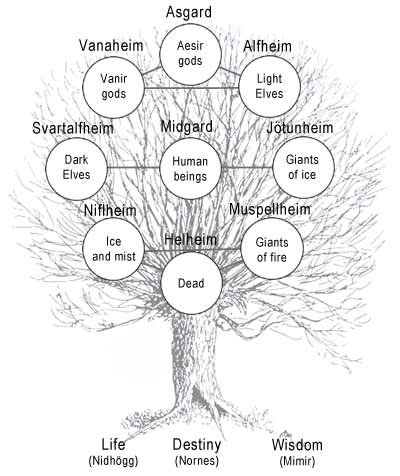 That is very similar to modern sephiroths: 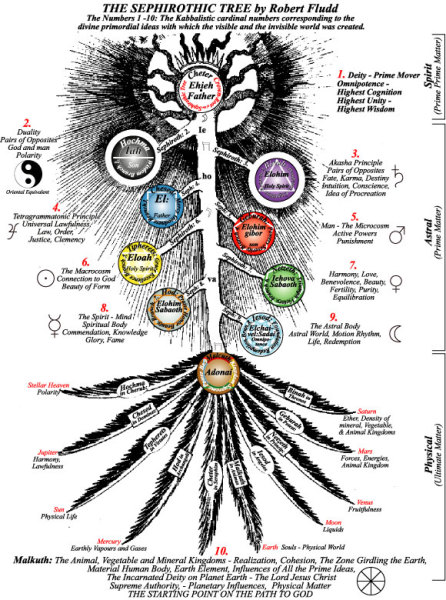 In my opinion, one of the most important renditions of the sephiroth is the traditional Toledano school's diagram of Jacob's Ladder, showing the sephiroth in different octaves: 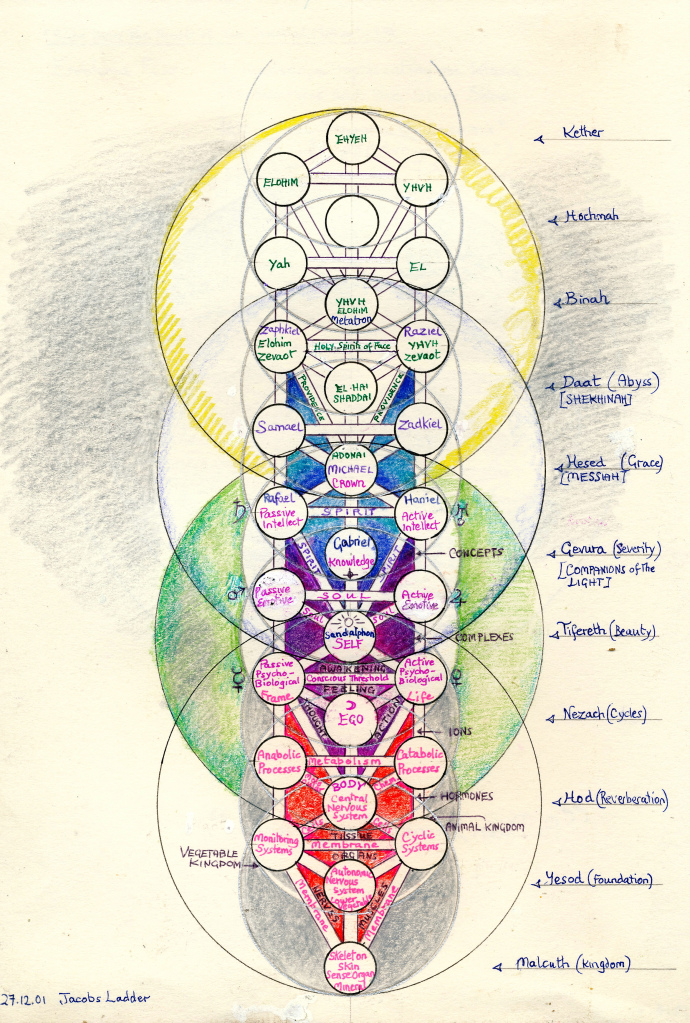 This goes hand-in-hand with the ideas of fractal cosmology and repeating patterns founding the Phi ratio and the 64 tetrahedron.

In the end, the Qabala can be whatever you make of it. It applies to everything. Each sphere is another sephiroth in of itself, repeating over and over. We can harness these spheres, externally or internally, to use their characteristic "archetypal" power or to gauge our own progress on our way to ascension.

Your flower of life is also used very often in vector calculus as polar coordinates. That is, turning circles and spheres into squares and cubes to accurately measure their values. You also use this to shift between various dimensions by projecting down to another (dimension) in order to more easily take measurements. To be more accurate, you are turning circles into squares which you measure by the ratios of the enclosed triangle.

Circling the square if you will . . .

But Phi does not have much to do with the Kabbalah's tree of life, rather it is likely derived from the ratios of the pentagram (the orbit of Lucifer).