You can click the link under the pictures on site above to see a test video. 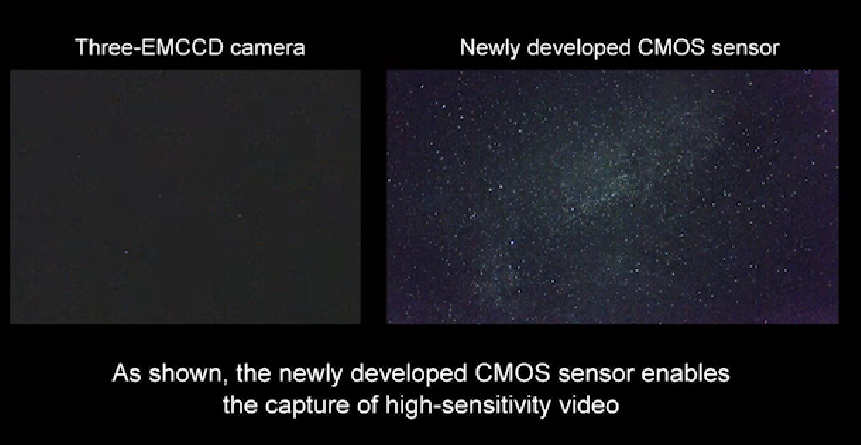 Now....how many mortages will I have to have on my home to buy the camera when it comes out?

posted on Mar, 4 2013 @ 04:01 PM
link
I was just thinking about getting the 60D maybe I will hold off. However I doubt I could afford a full frame camera, so perhaps they will spin this off to the pro-sumer market.

Originally posted by abeverage
I was just thinking about getting the 60D maybe I will hold off. However I doubt I could afford a full frame camera, so perhaps they will spin this off to the pro-sumer market.


Originally posted by abeverage
I was just thinking about getting the 60D maybe I will hold off. However I doubt I could afford a full frame camera, so perhaps they will spin this off to the pro-sumer market.


Geez I know! I could really use that angled view screen though! Got's a T2i right now.

posted on Mar, 4 2013 @ 04:15 PM
link
I am a fan of Canon, used their SLR for gig photography because it performs well in low light with almost no digital noise, and the colours are softer and nicer. So I'm happy to see they are developing better low-light technologies and open new markets. It's just a shame that there are no Canon cameras on the ISS.

Looking forward to astronomy videos shot using the new sensor. I think it will produce some great timelapses of comets and asteroids flying by.

posted on Mar, 4 2013 @ 05:05 PM
link
Im a hardened fan of Canon. Just been at the Focus on Imaging Camera show at the NEC Birmingham all day today


Amazing! I'd love one (or half a dozen) of these!

But as eriktheawful says, how much?

Here's footage of a Perseid meteor from a three- EM CCD chip cooled video camera that cost around €44 000 (57,351 USD). That figure might be a little old but I doubt the price has come down very much.


This new sensor certainly isn't going to be cheap, and I suspect it might be a while till we see these on the shelves...

ETA: It caught my eye that Panasonic has also recently announced a new sensor technology which will alow more sensitivity, but not quite as much as Canon's:

Panasonic has devised a method to increase the sensitivity of image sensors, by replacing the near-universal colour filter array with prism-like 'Micro Color Splitters' to generate colour information. The key advantage is that all of the incoming light is directed to the sensor, instead of half or more being absorbed by the colour filter dyes. This promises to deliver images with less noise in low light. The development is published in the journal Nature Photonics, and outlined in a press release on Panasonic's website.

According to Panasonic, the dyes used in conventional colour filter arrays absorb at least half of the incoming light before it reaches the sensor's photosites. In contrast, the company's 'Micro Color Splitter' technology passes all of the incoming light to the sensor. In practical terms, this corresponds to a sensitivity increase of a whole stop, which should in turn result in a stop improvement in noise performance. In other words, a 'Micro Color Splitter'-based sensor should give similar noise at ISO 3200 as a conventional Bayer sensor does at ISO 1600, for example.

edit on 4-3-2013 by FireballStorm because: clarification

Originally posted by abeverage
I was just thinking about getting the 60D maybe I will hold off.

For the video capabilities?


Originally posted by abeverage
However I doubt I could afford a full frame camera, so perhaps they will spin this off to the pro-sumer market.

Have you considered an old 2nd hand 5D(as long as you don't need video)? They may be old (a bit of a gamble if the camera breaks), and low resolution by today's standards (although still very usable), but they have one of the best sensors ever put in a camera, which is more sensitive than most of the sensors in cameras available today - sensitivity hasn't increased much in sensor technology over the last 5-10 years, but in-camera noise reduction has, making it seem as if sensors have gotten better in terms of sensitivity. Unity gain is no more than ISO 1600 in the vast majority of today's cameras.

And if you scroll down the page at that link to the "Digital Camera Sensor Performance Data" table, you can compare the full well specification for both newer and older sensors.

Either way, the 5D is a great camera, so much so I have 3 of them, and would buy more if I didn't have more urgent priorities right now.

posted on Mar, 4 2013 @ 06:49 PM
link
And in 5 years this technology will be in stabilized telephoto lens point and shoot cameras.
Only need to add a few flash free night scene modes and an Einstein cross mode.

I can still remember when a 400 MM lens usually required a stout tripod.


If they had a flip screen in an instant I would buy a used one. But I do so much stuff that drives me nuts not to have a screen! lol I really don't see the use of full frame in the digital era.


Haha - I can't see much use in having a flip screen. I'd be happy to have no screen, as long as the camera had a good sensor. As for full frame, for me it's indispensable - large sensors have much better signal to noise ratios than smaller sensors!

Well I am the odd one out I have a Sony SLT, the Sony sensors are getting good reports even Nikon uses Sony sensors in some high end models. 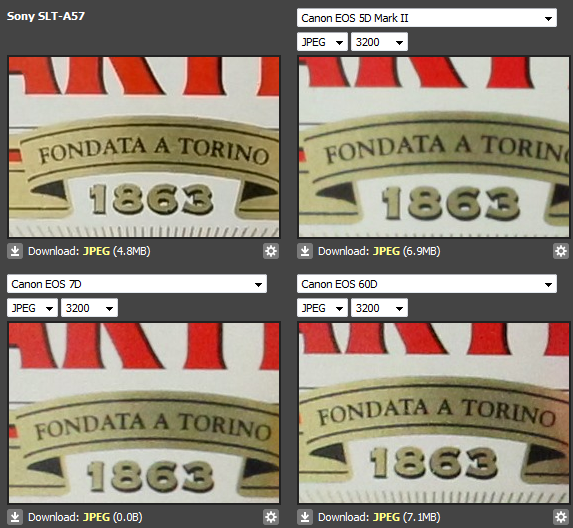 They perform well at 1600 3200 and even 6400 iso, hoping for some descent clear nights over next 2-3 weeks to try and photograph comet Panstarrs