State lawmaker defends bike tax, says bicycling is not good for the environment

State lawmaker defends bike tax, says bicycling is not good for the environment


Republican Rep. Ed Orcutt says bikes are bad for the environment because they cause cyclists to have "an increased heart rate and respiration." "You would be giving off more carbon dioxide if you are riding a bike than driving in a car," he said, before admitting that he had not "done any analysis" of the difference between carbon dioxide emissions of bikes and cars.


Related News Links:
now.msn.com
edit on 3/4/2013 by semperfortis because: Copy the EXACT Headline

TLomon
+11 more
posted on Mar, 4 2013 @ 12:25 PM
link
I am too busy laughing at this while I posted it. This person is an elected official? How can someone this stupid get into office? Still laughing here.

What's next? An exercise tax? When will this maddness end? This guy is seriously warped. The picture on MSN does show he is a little bit chunky. Does this mean he expects us all to sit on our butts and do nothing? Still laughing.

seattlebikeblog.com
(visit the link for the full news article)

posted on Mar, 4 2013 @ 12:29 PM
link
For those that are interested, an actual study based on actual facts is available at ECF. They actually take into account the entire life cycle of CO2 (such as delivering food for a person to eat, etc.). A summary of the findings can be found here.

notquiteright
+5 more
posted on Mar, 4 2013 @ 12:37 PM
link
Bike tax? Sounds more like a breathing tax to me. I guess we all knew it would come eventually. This guy needs to be removed from office.

posted on Mar, 4 2013 @ 12:40 PM
link
Wow, like really? Well, that just goes to show you, and from Seattle even! My five year old grandchild could do better at answering this one. Politicians should really keep their mouths shut. Remember the politician that didn't want the military to build anymore bases on Guam because he was afraid that we would tip the island over? That we weren't thinking of the impact that it would have on the poor people of Guam.He actually thought it was floating. Seriously. I hope this guy doesn;t plan on getting reelected.

posted on Mar, 4 2013 @ 12:46 PM
link
Please don't let this be true.
I literally almost want to cry at the sheer stupidity of the suggestion that bicycling is unhealthy because it makes you breathe faster and increases your heart rate.
If I was God I would just give up and exterminate all of humanity.

I have no more faith left in us, not a trace.


Dude, it's not my fault this guy is an idiot! Less with the extermination please.


But this guy and others like him are responsible for helping govern us. This guy makes decisions. That's scary.

Well, by that logic we need a massive life tax. After all, our mere nerve by existing is generating methane when we fart, C02 when we breathe, ammonia when we pee and general misery to pest and predator alike when they cross us in daily life.

Isn't it quite a deal here? We're told for years that we nee to park the cars to take up a bicycle. That bikes can be a part of what saves the planet! Why, it's been SO important, whole lanes and 10's of thousands of new road signs were made in communities nation wide to accommodate bikes like another form of planned traffic on the streets. Now it's baaad for us and needs taxed??

The only BAD thing I see here are politicians who can't help themselves but screw us in a new way for more money. Enough. What's bad for everyone is re-electing an idiot like this. We need the Political Class of people removed from power. They don't have the intelligence God gave the common field mouse.

posted on Mar, 4 2013 @ 12:55 PM
link
I am not sure what concerns me most, the fact that there are people as utterly intellectually vacant as the official involved, or the fact that they were able to get themselves elected in the first place.

Lets just think about this for a moment shall we? When one is on a bicycle, one is getting excersise, something which many people, living in the modern world, and concentrating ninety percent of thier effort on keeping food in thier mouths, a roof over thier heads fail to do on a regular basis. This failiure on the part of increasing percentages of the population of the US, and the UK for that matter, costs the governments responsible for thier health care, enormous sums every year, not to mention removing some of that vastly proportioned swathe of humanity from the labour market, thus further erroding the ability of that government to service the needs of its people.

The carbon emissions used by people who shirk excersise, by driving to and from the local store, even if it is less than four hundred yards from thier own front door, or replacing regular ambulation with a mobility scooter, etc etc, represent a use of carbon fuel that is not strictly necessary, which could be used to offset the total carbon useage of thier local government, and bring down costs across the board.

Furthermore, I HIGHLY doubt that the total emissions of cyclists come ANYWHERE near the total blown out by vehicles. Looking at whats been said, I can only assume that the official in question wants more gas sold in his locality, so that his state can reap the tax rewards on fuel sales, and look good to the oil companies. These are not acceptable reasons to be trying to curtail peoples use of an economically sensible, and healthy way of getting around. I would hope that the sheer stupidity of the official in question, is as evident to those who have the power to remove him from office, as it is to me.


State lawmaker defends bike tax, says bicycling is not good for the environment


Republican Rep. Ed Orcutt says bikes are bad for the environment because they cause cyclists to have "an increased heart rate and respiration." "You would be giving off more carbon dioxide if you are riding a bike than driving in a car," he said, before admitting that he had not "done any analysis" of the difference between carbon dioxide emissions of bikes and cars.


Related News Links:
now.msn.com
edit on 3/4/2013 by semperfortis because: Copy the EXACT Headline


LMAO and we vote these morons into office. I think every office official should have to pass a basic IQ test before being able to run for office. Wouldn't solve everything but I'm sure it would help!

posted on Mar, 4 2013 @ 12:56 PM
link
I keep saying we have allowed ourselves to be governed by a bunch of mental defectives who only ended up in government because they could not make it anywhere else.

posted on Mar, 4 2013 @ 12:58 PM
link
This guy has got to be joking!! What about all of those heavy breathers who walk and jog. Are we sure that he is not just retaliating against much of the nonsense attempted legislation regarding climate change etc etc.

I hope that this is just satire....

Sounds like he was just responding to the argument that bicycles are environmentally friendly and pollution free.

Stupid argument, but I see his point. Side note: I have been an avid cyclist and cycling advocate since 1988. To make his point a reality we should all wear personal Co2 scrubbers as we move about in a variety of ways in the great outdoors. Silly
edit on 4-3-2013 by jibeho because: (no reason given) 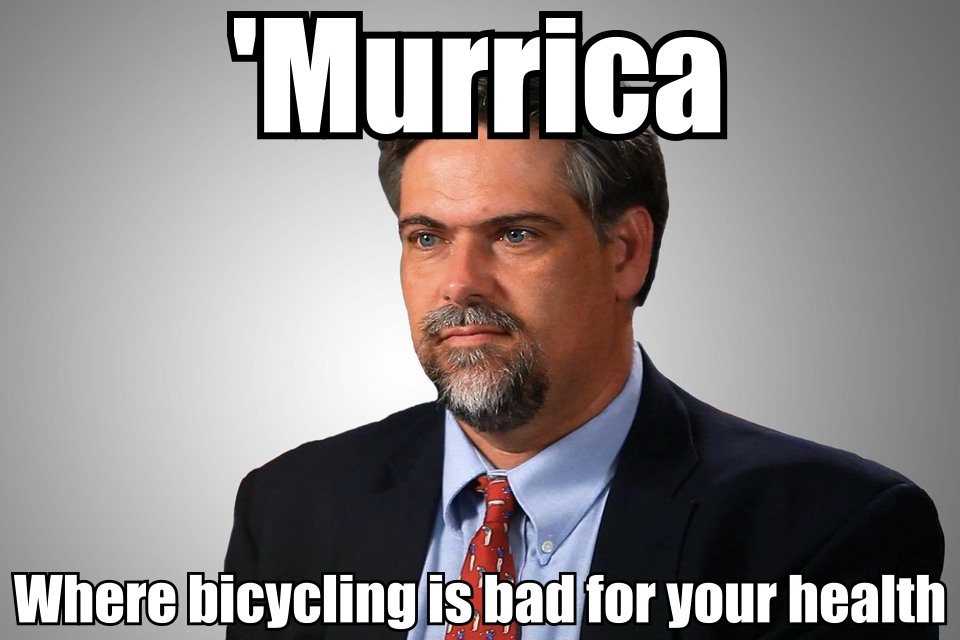 posted on Mar, 4 2013 @ 01:08 PM
link
Alternate view: Cycling increases the efficiency of your cardiovascular system thus reducing your overall CO2 output on average. I've seen this posted a few places and every time I click on a link, I hope for the sake of the human race, that the original article will link me back to The Onion . . . it never does and a part of me dies every time.

posted on Mar, 4 2013 @ 01:12 PM
link
It`s scary to think that the majority of voters in his district must believe that he is the smartest person they know so they voted for him to represent them.I don`t blame idiot politicians for being idiots, they can`t help it, I blame the idiot voters who elect idiots to represent them. The voters in his district must be dumber than he is since they felt that he was the sharpest tool in the shed and the best qualified among them to represent them.
There seems to be an epidemic of idiots getting elected so this guy isn`t alone he has a lot of company.

This would be funny if the consequences for the country weren`t so serious by having morons like this leading us and making the rules that we have to live under..
edit on 4-3-2013 by Tardacus because: (no reason given)

posted on Mar, 4 2013 @ 01:14 PM
link
Should us smokers get a tax rebate of some kind? Maybe there is a tax write off for couch potatoes whom use less oxygen.

Ever consider how our guns, tanks, planes, explosives, airplanes, space rockets and nuclear weapons most likely have taken more oxygen out of the air than all of human kind in all of history?

Those damn bicyclists should be shot! They get in my way anyways. Insanity.

But this guy and others like him are responsible for helping govern us. This guy makes decisions. That's scary.

Still not my fault. I don't fancy a visit from the Daleks today... 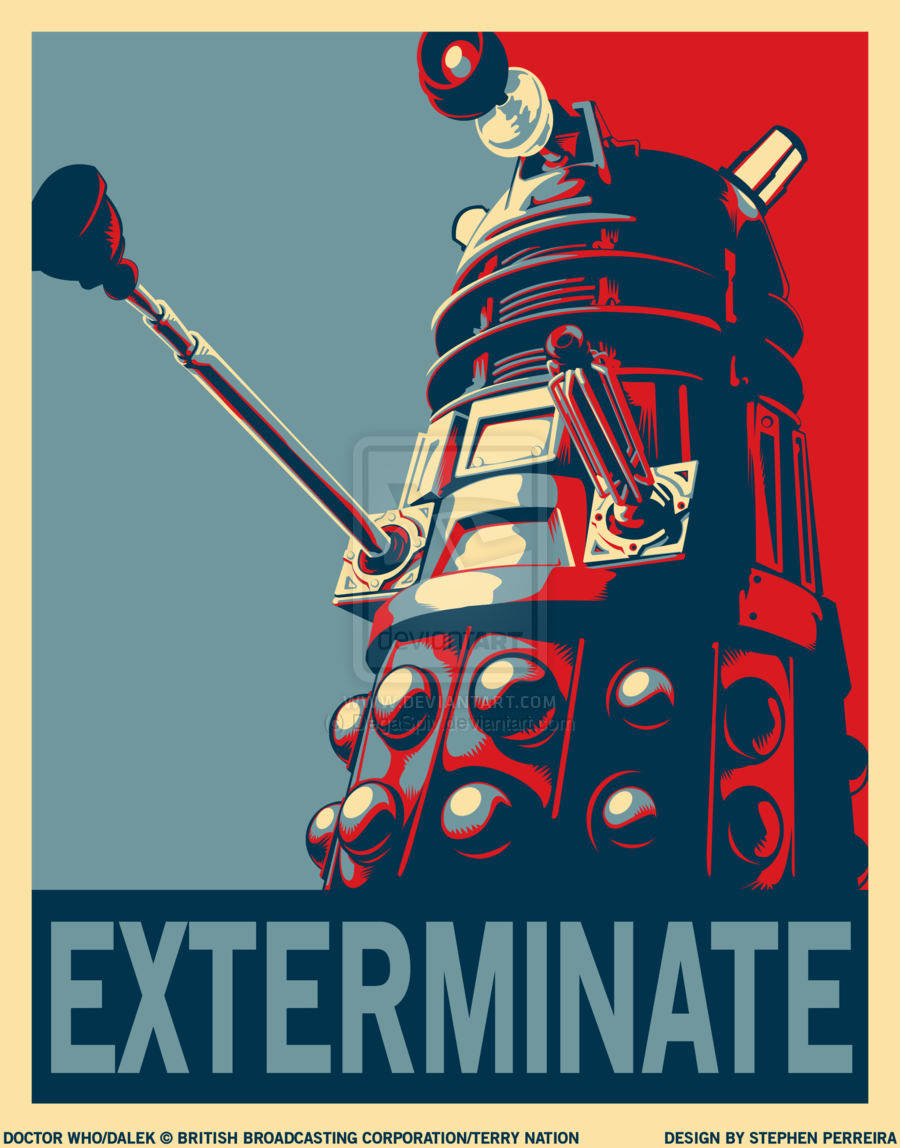 posted on Mar, 4 2013 @ 01:16 PM
link
Can't wait to see them repo some five year old's bike cause he didn't pay his taxes, and put his parents behind bars because they didn't tell him he needed to.